A visit to Daufuskie Island can feel a bit like being transported back to a time before bridges and causeways opened the Lowcountry's Sea Islands to both development and the outside world. Despite the presence of a luxurious resort and four gorgeous golf courses, the largely undeveloped residential island maintains a blissfully rustic and intoxicatingly timeless feel that attracts as many as 150,000 visitors each year.

“Daufuskie Island is unique because it's so undeveloped,” said Tony Chase, owner of The Daufuskie Island Rum Company — a Made in America-certified distillery that crafts its premier white, spiced and aged rums by hand right on the island. “When you get here, what you see is that, out of the 5,200 acres, there's only a very small portion that has actually been developed, so it's very much a throwback to a simpler time and everything is full of nature.

Basically, it's only a couple miles from Hilton Head, but it's worlds away as it relates to development. Hilton Head has done a wonderful job in developing the property in a way that it didn't become really commercial, but over here, it's totally rustic and the people here really make it great — we like to say that the character of the island are the characters on the island.”

Chase Allen — a Daufuskie Island resident and metal sculptor whose unique, handcrafted, coastal-themed works of art are featured at The Iron Fish gallery — agrees that it's both the island's seclusion and its colorful, close-knit residents that make Daufuskie a great place to live and visit. 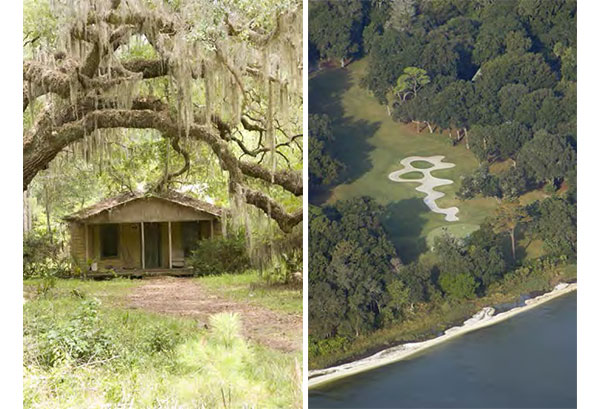 “The fact that it's so underdeveloped is really the foundation of what makes Daufuskie Island so unique,” Allen said. “Around here, anything that has a coast is developed, and Daufuskie is not like that at all. It's difficult to get to and the people that live here have a common bond; we're all friends and neighbors. There's a very strong sense of community here.”

The seclusion of the island, which is accessible only by boat or ferry and usually navigated via golf cart, is decidedly a part of its charm, rather than an inconvenience. The pre-planning required for a successful visit hasn't deterred eager tourists, many of whom come to the island to play the 18-hole, Jack Nicklaus-designed golf course at the Melrose on the Beach resort or to attend one of the Daufuskie Island Rum Company's distillery tours, which are offered from 11 a.m. to 3 p.m. Wednesdays through Saturdays. The tours offer a glimpse into the entire rum-making process — including fermentation, distillation, bottling and labeling — and also include a tasting of the company's products. 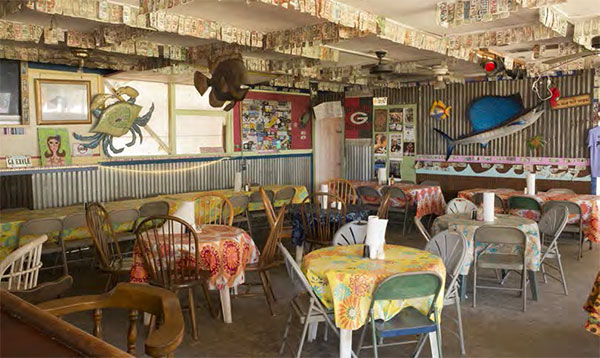 “We've only got 250 of us who live on the island full time, but we get about 150,000 visitors per year and the vast majority of them are coming over on a day trip from either Hilton Head or Savannah,” Chase said. “It's not really easy to get here.

We actually call our distillery 'the least-accessible distillery in America' because you have to bring a boat over or get on a ferry — there's no bridge or typical route to get here. It makes getting here kind of an adventure and, in seven months, we've had visitors from 27 states and 25 different countries from five different continents. We take between 50 and 80 people on a tour of the distillery per day.”

Boasting a rich Gullah and Civil War history, Daufuskie Island is also a popular destination for American history enthusiasts who flock to the island to examine the artifacts on display at the Daufuskie Island Historical Foundation Museum. The entire island was designated a historic district by the United States Department of the Interior's National Park Service and it was added to the National Register of Historic Places in 1982. 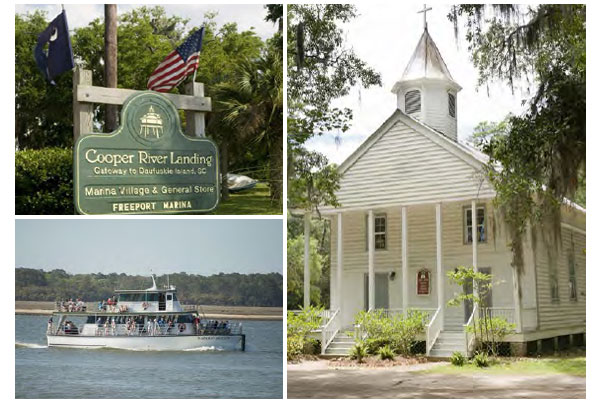 Whether coming to the island for its beautiful scenery, fabulous golf courses, rich historical significance or premium American-made rums, visitors to Daufuskie Island can look forward to a unique and unparalleled experience.