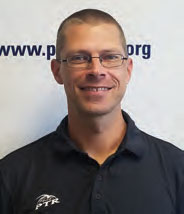 Professional Tennis Registry (PTR) has hired Isaac McBroom as director of development, after Brian Parkkonen was promoted to director of education. McBroom’s responsibilities will include scheduling and coordinating PTR certification workshops in in all 50 U.S. states each year.

He has a degree in health fitness from Gustavus Adolphus College, where he was captain of the men’s tennis team. Later, in San Diego, California, he co-founded an academy at the Barnes Tennis Center.

From 2013 until recently he worked for Life Time Fitness’ tennis division.