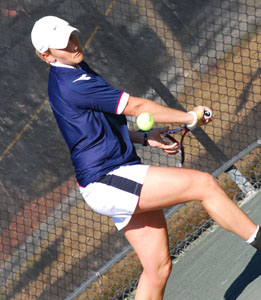 PTR $25,000 Championships give teaching pros the opportunity to show off their playing skills in a prize-money event. Zbynek Mlynarik, of Chatsworth, Calif., and Nicola Slater, of Hilton Head Island, captured the Gamma Open Singles divisions.

Mlynarik and his partner, fellow Californian Julien Heine, the No. 1 seeded Gamma Open Doubles team, were taken down by Christophe Bonadona and Julio Cirimbelli, both of Hilton Head.

PTR is the largest global organization of tennis teaching professionals with more than 13,000 members in 122 countries.  It has the greatest percentage of multicultural and women members of any such organization.  PTR is dedicated to educating, certifying and servicing tennis teachers and coaches around the world in order to grow the game.