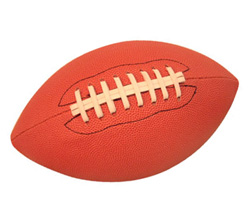 The South represents many things to many people. Some say it is characterized by sweet tea, shagging and football. As the summer comes to an end, and you begin to pack away your beach chairs and towels, don’t forget to pull out your tailgating and football fan gear because football season has finally arrived in the Lowcountry! Although you’ll have to travel out of state to attend an NFL game, you can spend Friday nights scouting out local talent at a high school game or head to your favorite sports bar to cheer your team on.

Local high schools are gearing up for a great season this year. Bluffton High School has been working on both sides of the ball, and their seven returning starters on defense will help them fend off opponents. Hilton Head High School only lost three starters from last year’s offense and they are hoping to make it back to the playoffs this year.

Returning State Champion Hilton Head Prep will see most of its  starters returning this year; yet, challenges remain as a new quarterback takes the field. Although Hilton Head Christian Academy graduated more than half of its starters, loads of talent are moving up and expect to have another winning season.

One of the greatest things about the Lowcountry is that you can be sure to find a group of people who share your love of a particular team. While some sports bars are known to cater to certain teams, everyone is welcome to join to the fun! Vic’s Tavern in Pineland Station hosts the University of Michigan Alumni Club on game days. Casey’s Sports Bar & Grille is where Hoosier fans gather. Ohio State fans watch the game at Mangiamo!. Jump & Phil’s, in Hilton Head Plaza, is the “official Green Bay Packer headquarters.” Dwight Williams’ article on alumni clubs (p. 88) offers additional information about gatherings with your former classmates, and hiltonheadmonthly.com (or p.132 of this issue) lists restaurants and bars to visit for game watching.

Although it may not seem like it, the Hilton Head area is full of football fanatics. Whether your favorite team is your collegiate alma mater or represents your hometown, this is sure to be a great season!