After playing a round of golf at Long Cove Club, Tony Kull would often swing by “the clubhouse” to grab a drink, watch golf and socialize with friends.
He didn’t go to the official clubhouse on 44 Long Cove Drive, though. He went to Jim Ferguson’s house, located just off the 14th fairway. 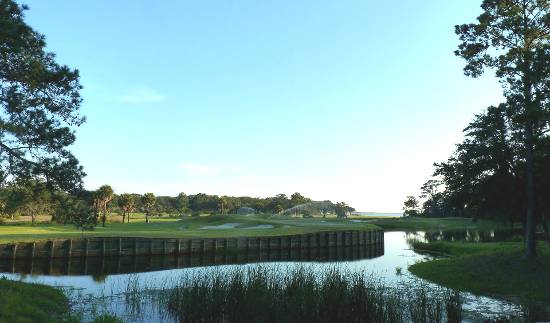 Patrick Ford’s admirable and absurd quest to save Bloody Point Golf Course was documented by ESPN’s Outside the Lines two years ago.
The financial meltdowns, the voodoo curses, the never-ending fight against nature — all the gritty details of his struggle were laid out in a stunning 8,000-word account titled “Staying the Course.”

The resort went bankrupt. The loan to continue operations until a new buyer stepped in ran out. Salaries were cut. The power was turned off. The phone stopped working. Leased equipment started breaking down. There was no money to buy pesticide or fertilizer for the fading course.

This Women’s Golf Month, five Lowcountry pros tell us how they fell in love with the game, how they teach it to others and how the occasional celebrity encounter can make for a great story. 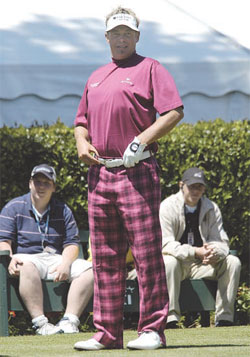 There are a great many reasons no one wants me on a golf course. One of them is that I look ridiculous in purple.

I have come to believe that the majority of modern day golf instruction is based primarily around instructor style preference. Jim Hardy has his own swing style, the One-Plane Swing, as do Bennett and Plummer with their Stack and Tilt. These teachers and others have studied the swing and come up with their own interpretation of how it should look, yet too much of the information peddled today is form-based rather than function-based.

This month, Hilton Head Island’s Signature sporting event and its largest outdoor cocktail party will happen at the same time and place. The Verizon Heritage Golf Tournament, the Pga’s only stop in South Carolina, has been categorized as both. indeed, depending on who’s talking, it is.

A number of world-class golfers, including two-time winner Boo Weekley, will bring their best game for the world to watch. But many attendees will never see any golf. Most of that group won’t know the names of any of the golfers competing, some won’t know the diference between a tee and a green, and a few won’t know or care who won until long after the tartan plaid jacket has been awarded. (“What plaid jacket?” they will ask.)

But that’s OK. They go for the party, and they spend a lot of money. Harbour Town will be party central for the entire week, especially april 17-19.

Chipping can also be described as a glorified putt, with a lofted club.

The motion is a simple one similar to putting, in that there are few moving parts.

Another similarity to putting is that we set up (address position) in an impact position. 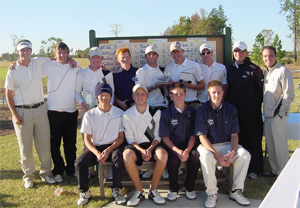 “It wasn’t a huge field, but it was a very, very competitive one,” said USCB Coach Shane LeBaron. “Several teams, including Berry and SCAD, are in the top 20. I’m very proud of how well our guys did on their home course.”

TOMI can help knock strokes off your game. 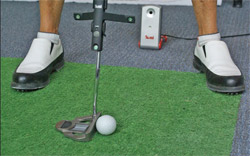 Golfers of all skill levels can now benefit from a fine-tuning of their game with the high-tech TOMI putting instruction device and the  K-VEST swing improvement apparatus at The Village Golf Shop.

TOMI, which stands for Total Optimal Motion Instructor, is brand new technology and already has received rave reviews nationally from top golf instructors and players over the past several months.