Long Cove Club, in partnership with Darius Rucker and the University of South Carolina, is hosting the sixth annual Darius Rucker Intercollegiate Golf Tournament presented by The Kroger Co. and Reynolds Consumer Products. The tournament will be held March 3-5 at Long Cove Club’s nationally acclaimed golf course on Hilton Head Island. Top teams from around the country will travel to the island to compete for the title. 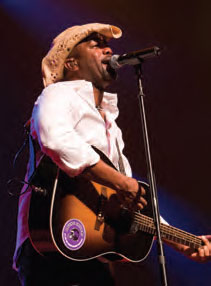 When Puggy Blackmon, USC director of golf, contacted Rucker about a women’s intercollegiate golf tournament similar to Rucker’s involvement with the USC men’s team, he responded, “Absolutely. I’m in.” Rucker, of Hootie and the Blowfish Fame and a successful solo artist, is a USC alum and avid golfer. Kicking off the event will be a concert by Rucker at the Arts Center of Coastal Carolina. The concert will be a private event for players, coaches, sponsors and Long Cove Club residents. “Last year, we had an overwhelming response to ticket sales within our gates,” says tournament chairman Rob Ryan. “The concert is expected to be a sellout to sponsors and Long Cove residents again in 2017.”