For decades, Hilton Head Island, Bluffton and the rest of Beaufort County have been golf destinations, drawing thousands of players a year to private and public courses and communities made famous by the PGA Tour’s RBC Heritage Presented by Boeing, movies such as “The Legend of Bagger Vance” and poll results that list Hilton Head as the favorite location for PGA Tour players. 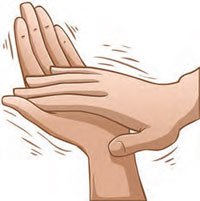 Much has been written about Charles Fraser’s vision to make his beloved Hilton Head Island a destination resort.

In the 1960s, he began developing Sea Pines Resort as lightly as possible, preserving live oaks, marsh views and beachfront. He enlisted golf’s greatest designers to wind courses through the loblolly pines and Spanish moss-draped live oaks, starting with the Ocean Course, then Sea Marsh (now Heron Point) and finally the iconic Harbour Town Golf Links. He persuaded the PGA Tour to host a tournament in the fledgling development on Thanksgiving weekend in 1969. Arnold Palmer won the event, and ever since, Hilton Head has been part of golf’s lexicon.

Since then, dozens of designer courses have been built and meticulously maintained to ensure and preserve Hilton Head’s status as one of the nation’s premier golf destinations.

It is no surprise that the public and private courses within 30 minutes of Hilton Head Island attract the world’s best players, teaching professionals and managers.

Recognizing that talent is the reason for the new Lowcountry Golf Hall of Fame, spearheaded by Bob Collar, executive director of the Hilton Head Amateur Golfers Association.

The idea began forming after Collar played a round at Old Tabby Golf Links on Spring Island with a group of former pros from the U.S. and Canada. “I thought, ‘There is unbelievable talent here,’” Collar said. On his way back to Hilton Head Island, he passed Callawassie, Chechessee Creek and Oldfield clubs. He thought, “These are some of the best courses in the country.”

He went home and told his wife about his idea for a local golf hall of fame. He said the area needed to recognize the people who put Hilton Head Island on the international golf stage and those who work to keep it there.

“We truly are a Mecca of golf designers and golf talent,” he said.

Weeks went by, and he mentioned it to his wife again.

“She was reading, so she peered over the book and said, 'Bob, either do it or don’t do it,’” he said.

They thought the hall of fame was a great idea.

Collar researched other halls of fame and adopted some of their structures for nominating committees, voting boards and the size of annual induction classes.

“Soon, I was spending eight hours a day doing things no one thought to do,” Collar said. For example, he wanted to write to the SC Golf Hall of Fame, but didn’t have letterhead, or a logo or a phone number. He added the tasks to his ever-growing list.

Eventually, he recruited a 12-member selection committee to pore through 22 nominees from which to vote in by a 75 percent margin the seven inaugural slots in three possible categories: Male Competitors, Female Competitors and Lifetime Achievement. Henceforth, the board plans to admit two people each year.

“I want a phenomenal induction dinner every year where a couple hundred people show up, including the top professional and amateur players to pay tribute to those who have make Hilton Head the top golf draw in the country.”

A free-standing hall likely won’t happen any time soon, but Collar envisions a wall of fame, or a walk with plaques about those inducted.

As for the name of the hall of fame, Collar left it intentionally ambiguous.

“There will be discussions on the boundaries, and there should be,” he said. He thinks of the Low Country Hall of Fame encompassing Beaufort, Colleton and Jasper counties, but imagines there will be a time when someone makes a convincing argument to induct someone from Charleston or Jacksonville because of the mark he or she left on local golf.

“My goal was not to exclude anyone,” he said.

Picking the first three for the hall of fame was easy: Charles Fraser, his brother Joseph Fraser and Charles Price, the marketer who helped put Hilton Head on the golf map. The others were more difficult, but here is the Lowcountry Golf Hall of Fame’s inaugural class:

Charles Fraser, the founder of Sea Pines Resort and developer of modern-day Hilton Head Island, including the 47-year-old PGA Tour tournament, the RBC Heritage Presented by Boeing. Fraser died in 2003.

Joseph Fraser, brother of Charles Fraser and founder of the Heritage Classic Foundation, which poured millions of donations into Beaufort County thanks to the annual PGA Tour tournament. He died in 2014.

Mike Harmon, 60, a former PGA Tour player and board member of the PGA, Polo/Ralph Lauren Advisory Board and Nicklaus sportswear board. He has been director of golf at Secession Golf Club in Beaufort since before it opened in 1992.

Tim Moss, 65, a teaching golf professional on Hilton Head Island since the 1970s, coached Robert Redford and Matt Damon during the filming of “The Legend of Bagger Vance” on the Pete Dye course at Colleton Plantation. He recently wrote “Play Your Best All of the Time.”

For more information about the hall of fame, go to www.lowcountrygolfhalloffame.com.