There are certain things that come to mind when one pictures Long Cove Club – elegant Lowcountry homes, picturesque waterfront scenery, and of course crisply manicured greens and meandering fairways on their world-famous Pete Dye course.

Since returning to the club as Director of Golf in 1987, Bob Patton has seen Long Cove Club’s profile grow to become one of the most celebrated courses in the country.

“When I started, we had less than 100 houses, and now we have close to 500. But what’s very important is how we’ve managed to maintain the course over the years true to how Pete Dye designed it,” he said. “We work hard to keep the golf course in the best possible condition and do our best to provide a great golf experience for our members. That part has not changed.”

Helping make that experience possible is the staff of professionals Long Cove Club has been able to attract.

“There’s nothing I do that’s more important than bringing on board a great staff,” said Patton. “You are only as good as the people you have working with you for the benefit of the members.” 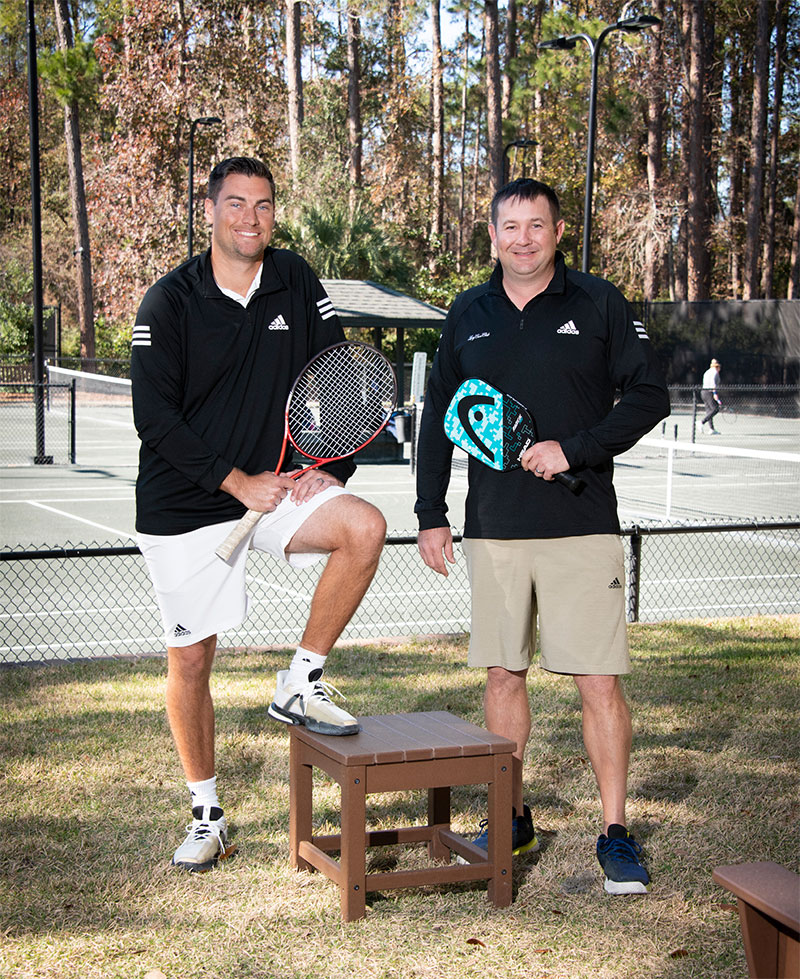 Among the staff is Head Golf Professional Ben Chehval, who has been with the club for 20 years; assistant pros Joe Deegan and former All-American golfer Adam Lescalleet; and award-winning Director of Instruction Rob Stocke. They manage the experience on the course, and soon on the club’s state-of-the-art teaching facility.

“We anticipate breaking ground on the new facility soon.” said Patton. “It’s going to be amazing. We’re very excited about adding this new facility to enhance our instructional programs for our members.”

“We added pickleball in 2018, and it has taken off like crazy,” said Tom Ruth, Sports Center Director for Long Cove Club. Hailing from Indianapolis, where he played tennis for St. Joseph’s College before embarking on a career as a club pro, Ruth has spent more than 20 years helping others hone their game. In May of last year, he brought his talents to Long Cove Club.

This fast-growing sport enjoys a few parallels with tennis, but is played with different paddles, balls and rules for a completely different experience that shares the same pulse-pounding excitement.

“I played tennis for 27 years, but really only picked up pickleball when we added the courts,” said Thomas Richter, Head Tennis and Pickleball Pro. A native of Germany, Richter played college tennis at Birmingham Southern and Indiana University before joining Long Cove Club in 2017. “They’re very similar in terms of the skills you need.”

In the end, what keeps these two driven to provide the best tennis and pickleball experience on the island is the people.

“I love interacting with everyone here,” said Richter. “They’re all here to learn and get better, but it’s just fun to be out on the court with members.”