Every February the memories come rushing back to Ken Anderson, not that they ever fully fade.

Every young boy who picks up a football dreams at some point of playing quarterback in the NFL, and in the wildest of those dreams, he might become the league MVP or even play in a Super Bowl.

Anderson lived it, and he will relive it this month when Super Bowl LVI kicks off Feb. 13 in California. He led the Cincinnati Bengals to the first Super Bowl in franchise history following the 1981 season, when he was named the NFL’s Most Valuable Player.

Now retired to Hilton Head Island, Anderson remains a beloved figure in Cincinnati, where his nonprofit foundation, the Ken Anderson Alliance, provides opportunities for adults with disabilities — and where he was inducted into the Bengals Ring of Honor last October.

It was during Anderson’s 16-year career — all with Cincinnati — that Bengals fans began to morph into fanatics, as the once-unheralded quarterback from the small town of Batavia, Illinois, by way of NCAA Division III Augustana College, led the fledgling franchise to division titles in 1973 and 1975.

During that magical 1981 season, when the Bengals went 12-4 and claimed the top seed in the AFC, Cincinnati went full-blown wild for its football team. 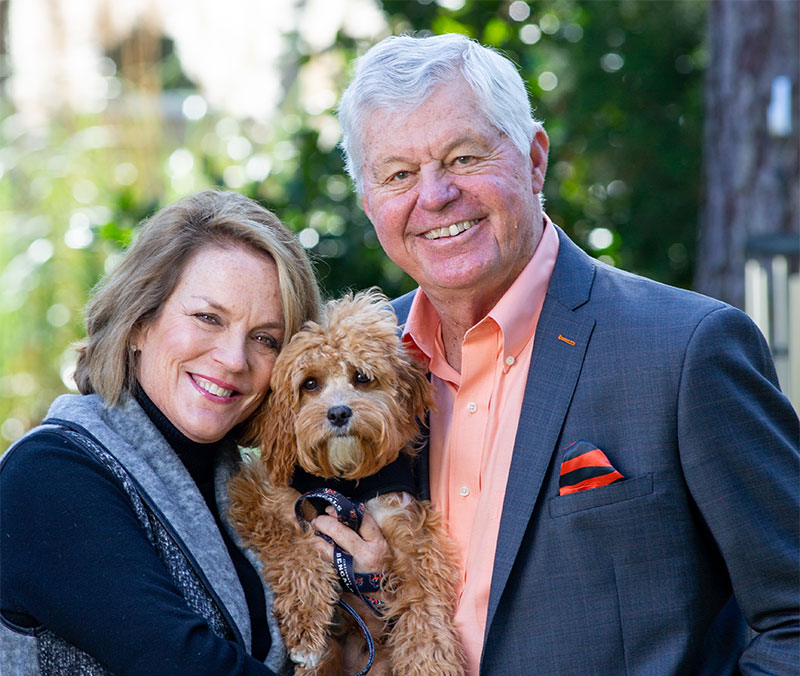 “That was kind of the first year they started wearing orange and black wigs and painting their faces, and the ‘Who Dey!’ chants started,” recalls Anderson, who turns 73 on Feb. 15. “Just the excitement in the city, you know, of going to a Super Bowl. So, I guess anytime you do something like that for the first time for a franchise, it’s really a big deal and a special deal.”

Anderson’s only Super Bowl appearance as a player left some psychic scars. The Bengals committed four turnovers, including three in the first half that helped Joe Montana and the San Francisco 49ers build a 20-0 halftime advantage and hold off Cincinnati’s furious rally for a 26-21 victory at the Pontiac Silverdome in Michigan.

Anderson rushed for a touchdown, threw for 300 yards and tossed a touchdown pass to lead the comeback, but he also threw two interceptions that still linger amid the precious memories.

“It’s devastating when you lose,” Anderson says. “But, you know, after that game I think I was the first athlete that carried his son off the field after the Super Bowl, so he was there in the locker room. I remember I was sitting there dejected, and I finally asked, ‘Well, what did you think?’

“He got a big smile on his face, and he says, ‘Dad, that was the best halftime show I’ve ever seen!’” Anderson continues with a laugh in reference to the Up with People performance. “So I guess there was some benefit to it.”

After the game, he and his son passed by as San Francisco coach Bill Walsh was giving a postgame interview. The now legendary 49ers coach, who was Anderson’s mentor in the West Coast offense in his early years in Cincinnati, paused the conversation and slipped away for a sentimental moment with a former pupil. That memory lingers, too.

Even on Hilton Head, Anderson can’t escape the one that got away. Years ago, during the Hilton Head Island Charity Golf Tournament, Anderson bumped into Dwight Hicks, the beneficiary of one of Anderson’s ill-fated passes in Super Bowl XVI, a costly interception on the goal line that led to San Francisco’s first score. Hicks joked that he was surprised they were on speaking terms, then made a confession.

“I gotta tell you, I blew my coverage,” Hicks revealed. “I shouldn’t have been there.” 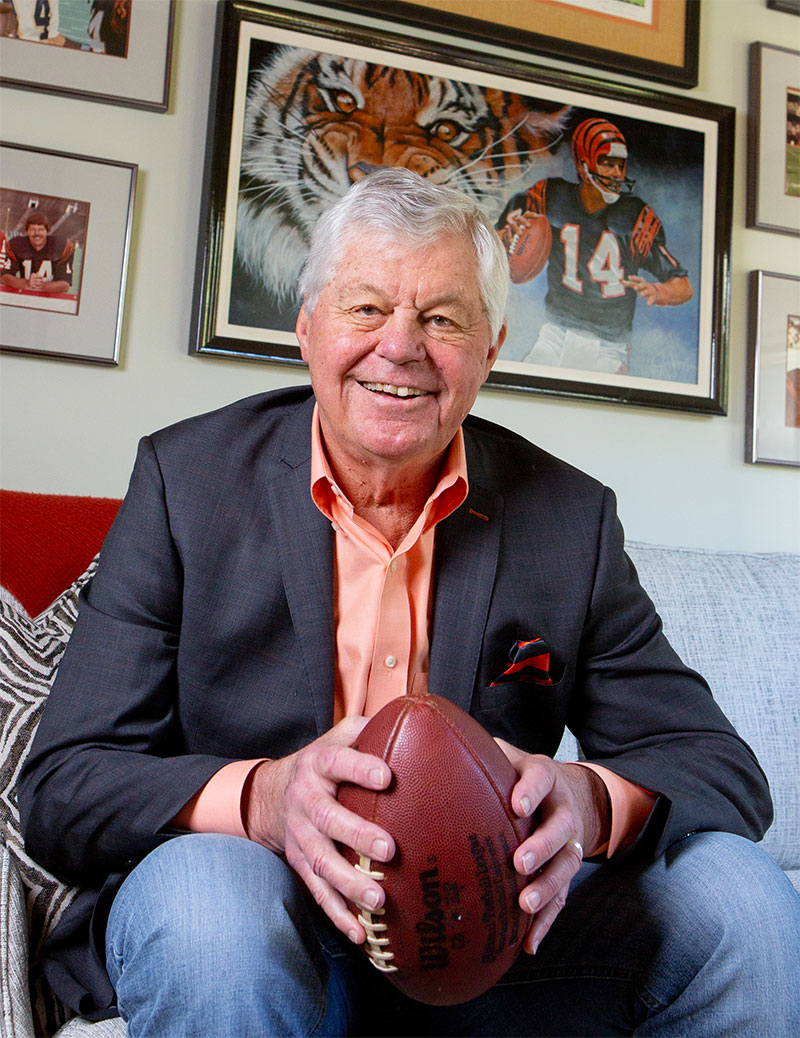 “So, I didn’t read it wrong,” Anderson says. A small consolation.

Anderson went back to the big game as an assistant coach with the Pittsburgh Steelers following the 2008 regular season (which the Steelers won) and was struck by how much more of a spectacle the event had become since his showdown with Joe Montana in Super Bowl XVI, where the media coverage was minuscule compared to today’s climate.

“It’s just changed so much since then,” Anderson says. “I think back then the Super Bowl pregame show was a half an hour. It wasn’t all the hoopla before the championship game that there is now. I think the pregame show starts a week ahead of time these days.”

Ever the Bengals fan, Anderson has been known to let a “WHO DEY!” loose on his sparsely-used Twitter account, which consists mostly of Bengals-related content, including in-game tweets. He loves this young quarterback, Joe Burrow, who plays a little like he did.

“I tell you, they’re going to be good for a while,” Anderson says with excitement. “They’re a young team, and they’ve still got to address the offensive line. If that gets better, I think the sky is the limit.”