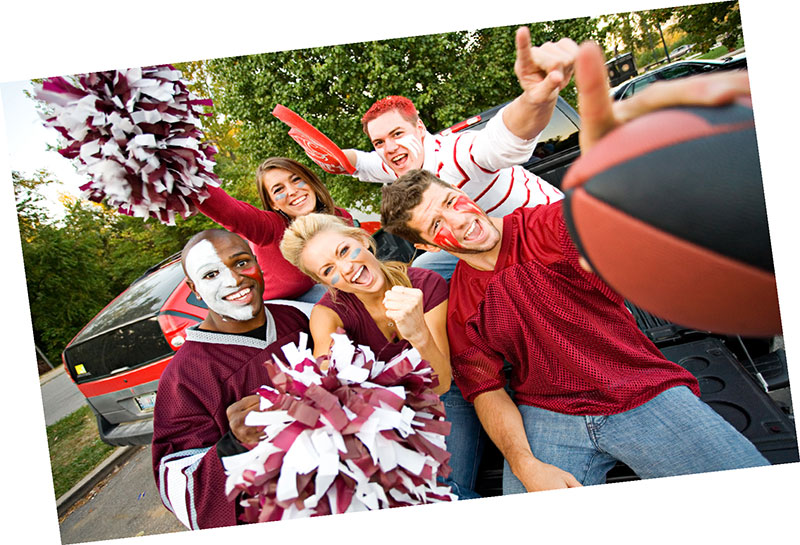 Historians have somehow traced the modern tailgate to a college football matchup between Rutgers and Princeton in the College Field parking lot in 1869. And while we won’t argue with historians, I can tell you from growing up in New England that true tailgating begins once you hit the Carolinas.

“It’s a cookout, a family reunion, a sports bar and a fashion show all in one,” said Bluffton resident Erik Bridges, a recent Lowcountry import who has been tailgating at Clemson University games for 22 years. “I’m from New York, but my true baptism as a football fan happened at my first Tigers tailgate. It’s a fall ritual. Our social calendar year begins on September 1.”

The post-World War II rise of the station wagon gave fans the perfect vehicle to haul their gear. Tailgating is a multi-generational art. Old-timers perk up in voicing a combined disdain and envy of their high-tech tailgating young’uns.

“I hate being that ‘back in the day’ guy, but we were lugging 34-inch tube TVs that were easily 100 pounds,” said 73-year-old Hilton Head Island University of South Carolina tailgater Stu Blevins. “The grills weren’t portable, the coolers didn’t have wheels, we didn’t have mobile satellite dishes and you needed four extra car batteries just to get through a day of tailgating.”

Tailgating truly became an industry in the ‘80s and ‘90s, and today, industry experts estimate that fans spend $20 billion per year on football alone.

You’re late to the party? Hogwash. It’s never too late. 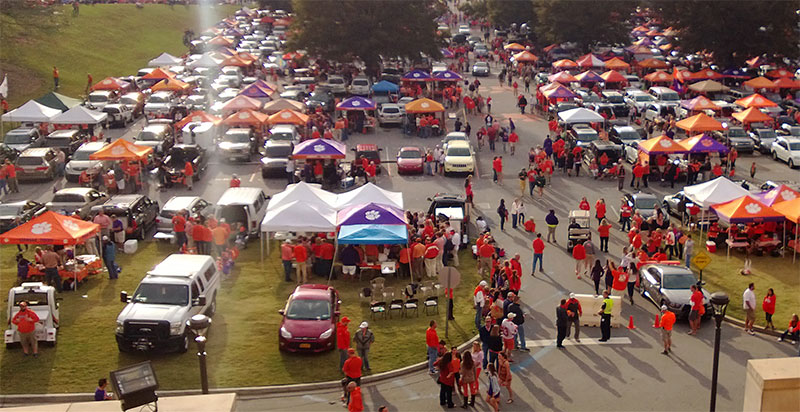 HERE ARE SOME TAILGATING TIPS:

To truly belong in the tailgating world, you need to be early.

“If you don’t have season tickets, you better be hitting the road by 4 or 5 a.m. to get ahead of the traffic and the folks jockeying for the space not taken by the season ticket holders and (Clemson) IPTAY crowd,” Bridges said.

Blevins said it’s similar for the trek to Columbia and accessibility of space to set up a tailgate.

“You want to prep all your food Thursday and Friday, so you’re loaded up and ready to hit the road before dawn,” he said.

One pro tip that both experts mentioned: Make sure you have a separate cooler for food and beverages. Mixing the two in one cooler is the quickest way to stand out as a newbie.

“It’s a party, folks are there to have a good time, but there’s an awful lot of whispers and gossip about who has the newest toy or which noobs aren’t legit,” Bridges said. “There is a hierarchy in terms of the fandom. It’s a combination of not trying too hard to outdo others, laying low but looking like you belong.”

There are basics of what ‘looking like you belong’ entails nowadays. If you’re there just to cook out and socialize, a solid portable grill is a must. Weber makes a few portable grills but “they look a bit too cute,” according to Blevins.

Traeger makes a portable wood pellet grill that looks like a mini smoker but costs under $500 and you will look the part.

If you want to take the next step up, bring the 55-inch flat screen with a 3,000-watt generator (can’t be louder than 70 dBs). You will need a satellite TV subscription. The vast majority of tailgaters we talked to prefer DISH to DirecTV. Their PlayMaker portable dish is a bit more expensive ($300 to $60-100 for a DirecTV dish), but the signal is, in our unofficial panel’s opinion, far more reliable.

And bring some games to pass the time like cornhole, ladder golf, KanJam or MashBall. 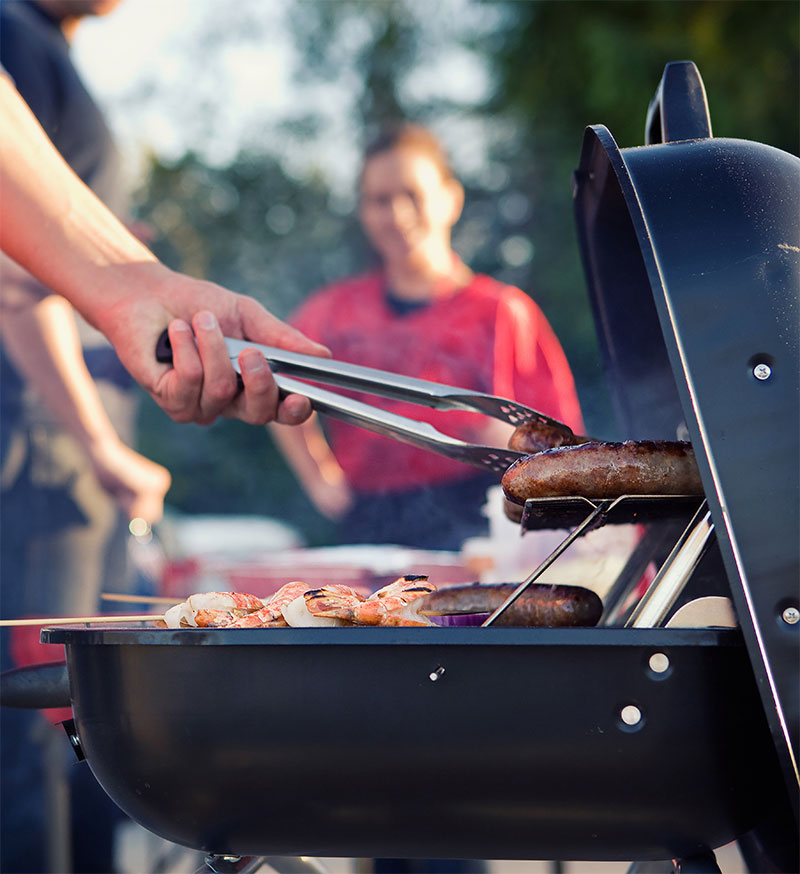 Of course, if you’re coming with an RV, you’re already big-time.

The Clemson RV Park at The Grove is truly a weekend getaway. It’s four miles from the stadium, but you can get catered meals there, Friday night bands and karaoke, and shuttles to the game.

If you’re trying to get one-off parking, the lots at Clemson open at 6 a.m. on normal game days, but up to 15,000 parking spots are already reserved for season-ticket holders.

At USC, the Carolina Fair Park fairgrounds are mainly reserved for season-ticket holders but do sell some single-game permits. The parking lot near the Armory is first-come, first-served. The spots near Gamecock Park open six hours before kickoff.

If you want to see how tailgating is truly done, stop by USC’s Ultimate Tailgaters. Aiken’s Chris and Kathy Fulmer have Lowcountry ties (Kathy’s sister Carol lives here) and they have missed one game since 1970 and none, home and away, since 1984. Their group has grown since the early days, but a staple at every game is Chris’ Jut’s Ribs, named after his dad’s Jutson grocery store chain.

In terms of food, barbeque, brisket and burgers is the norm of what’s cooking on site, but pimento cheese sandwiches, fried chicken, beer and Bloody Marys are great things to bring if you’re visiting a tailgate.

Bridges and Blevins both say to just ‘do you’ when it comes to dressing up.

“That’s really true for every part of tailgating. Just be yourself. Everyone is accepted,” Blevins said. “We’re all football fans. We’re all just there to relax and have fun. The minute you start trying to keep up with the Joneses, you’ve lost the spirit of it all.”