A year ago, the high school spring sports season was just starting to heat up when the world shut down, bringing an abrupt end for baseball, softball, soccer, lacrosse, track, tennis and golf standouts who had set their sights on winning a state championship.

After a long wait, those student-athletes donned their school colors again this spring, and three area teams and five individuals achieved the milestone they had to put on standby during the COVID-19 pandemic: capturing state titles.

It was an extra special spring at Hilton Head Christian Academy, where the Eagles brought home two state championship trophies to their new Bluffton campus and boasted an individual champion.

The boys golf team got the party started with a dominant showing at the SCISA Class AA state championship in April, as the Eagles coasted to a 14-shot win. Senior Max Green captured the individual title at Coastal Carolina University’s Hackler Golf Course in Conway.

“We were really prepared going in and had a really good gameplan set up,” said Green, who will play at West Virginia University next season. “We all wanted to shoot in the 70s, and we knew if we did that, we would have a good shot to win.”

The Eagles did just that, as Green, Ethan Ducharme, Aiden LeBlanc, Sean Engler, and Hudson Buck each broke 80 both days and recorded top-10 individual finishes. 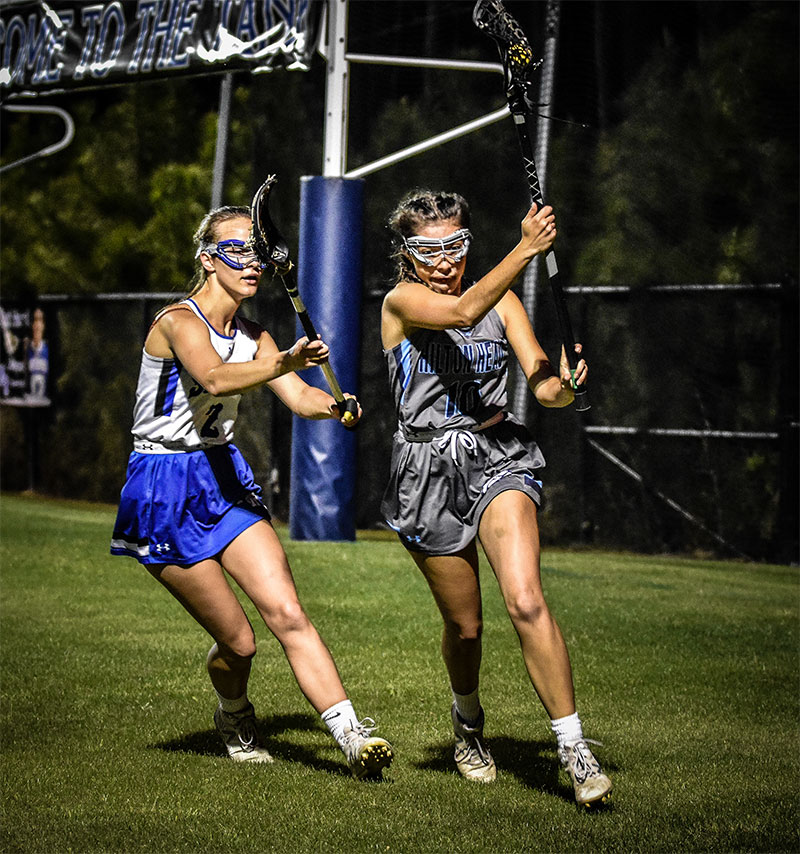 Green capped off his phenomenal high school career with a three-shot win, opening with an even-par 72 and sealing the title with a scorching 4-under 68 to hold off Palmetto Christian Academy’s Alex Stephens and Orangeburg Prep’s Harris Holstein.

HHCA’s girls soccer team had an impressive run through the abbreviated SCISA Class AA playoffs, outscoring their two opponents 8-0, including a 3-0 victory over Christian Academy of Myrtle Beach in the state championship match.

It was an incredible showing for the Eagles as several of their stars looked to find their soccer legs on the heels of winning a third consecutive state title on the basketball court just a few days earlier.

“(Coach Rosa Smith) told us at the beginning of the season, ‘We’re here to win a state championship.’ That was our goal,” sophomore standout Abby Peduzzi said. “I think our coaches bought into that goal and made us buy in and pushed us to be our best every day.”

The Eagles’ first-year coach was spot-on. HHCA rattled off four straight wins following a season-opening loss and rolled to a 10-4-2 overall record.

Peduzzi scored a hat trick in a 5-0 win over a solid Spartanburg Day team in the semifinals, and when she drew extra attention in the title game, her teammates stepped up. Bless Hurtado, Devon Yarde, and Addy Lentz all scored goals, and senior goalkeeper Mikayla Kelca recorded her second straight clean sheet in goal to secure the championship. 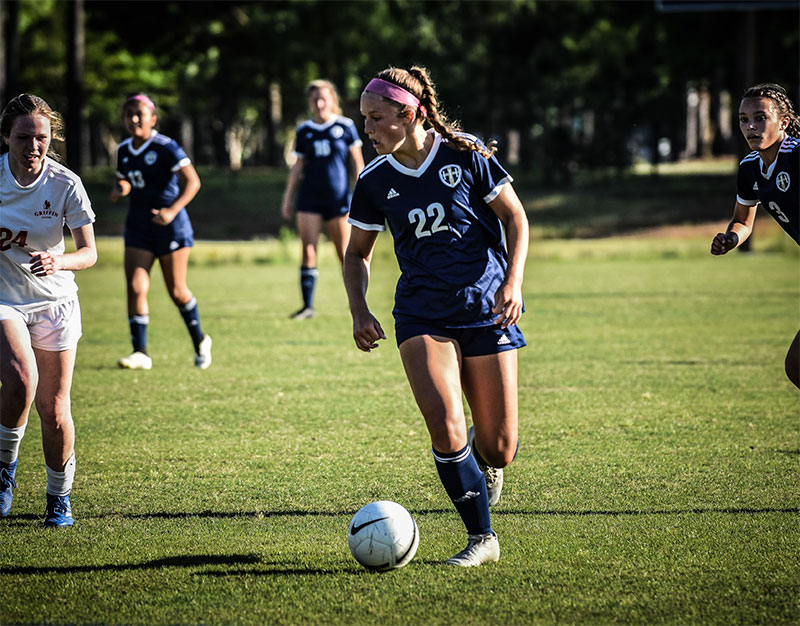 No team was more dominant than Hilton Head Prep’s boys tennis team, as the Dolphins racked up 13 straight wins en route to their sixth state championship in the past seven seasons, winning 82 of 91 individual matches throughout the undefeated run despite regularly cycling through a deep roster to challenge their top players.

HHP didn’t drop more than two courts in any match, which included a pair of victories over Class AAAA state finalist Beaufort High School. The Dolphins weren’t challenged in the SCISA Class AAA playoffs and dropped only six games across six singles matches in a sweep of Cardinal Newman in the championship round.

A quartet of May River High School Sharks were also crowned state champs, as the team of Jaxon Beebe, Sean Hamby, Colin Keck, and Damaion Polite ran a blistering time of 8:12.57 to win the 4-by-800 relay by less than a second at the S.C. High School League Class AAAA Track & Field Championships in May, leading the Sharks to an area-best sixth-place finish.

The highlights didn’t stop there.

HHCA’s boys nearly made it a clean sweep for the Eagles on the soccer pitch, dropping an overtime heartbreaker to Oakbrook Prep in the championship game, while Hilton Head Prep’s baseball team completed a perfect regular season before falling one game short of the SCISA Class AAA championship series, and Hilton Head Island High School’s girls soccer and girls lacrosse teams also came within one win of playing for state titles.

After the season that wasn’t, every opportunity to compete felt like a win.

“It definitely taught me not to take any day or game for granted,” Peduzzi said. “To be able to play sports and get through each season was a huge blessing, let alone winning two state championships.”