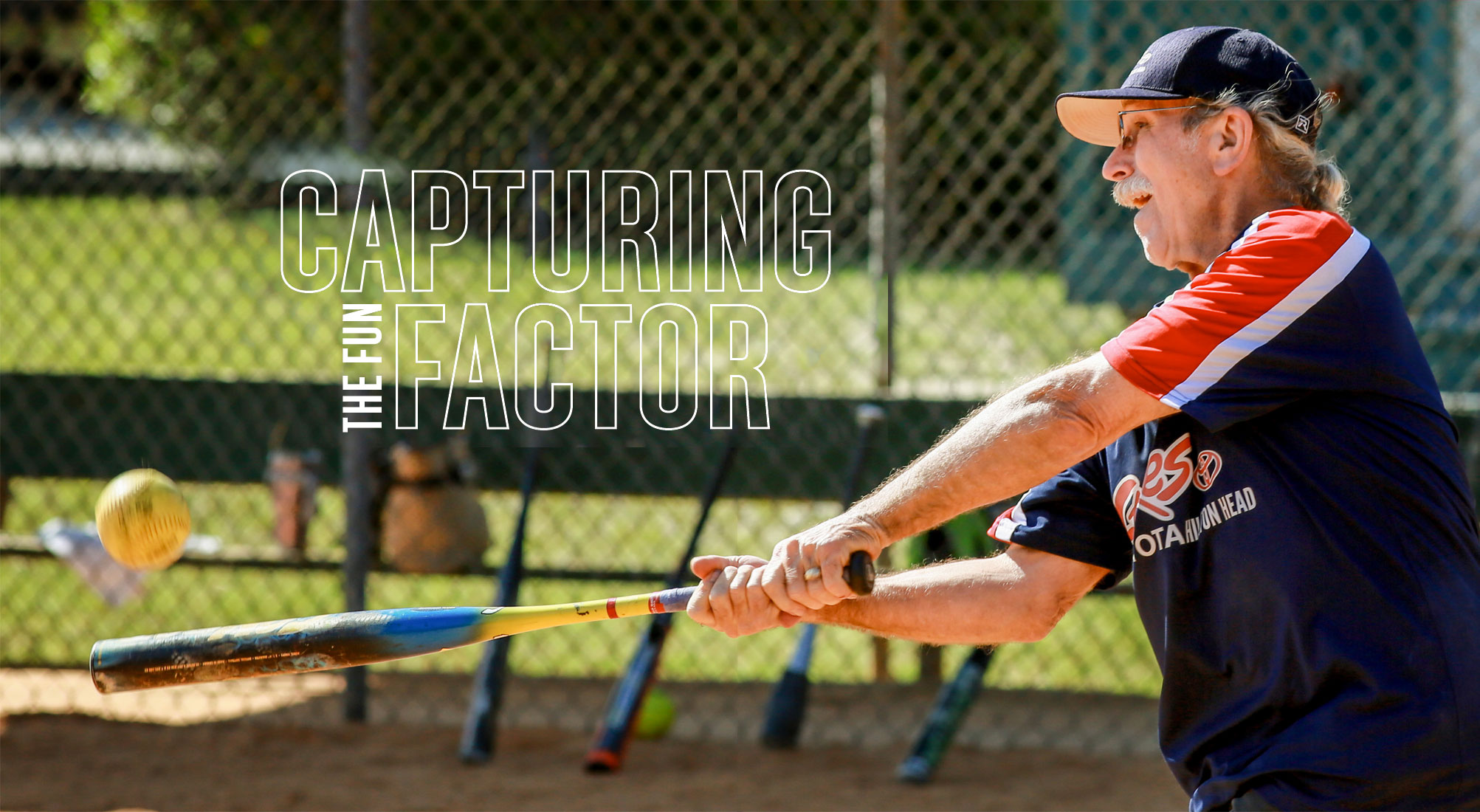 For a decade and a half, the organizers of the new senior softball league in Beaufort County took on the young bucks, and they held their own just fine, thank you very much.

“The last two years, we’ve hardly played at all,” Trenary said. “We’ve coached the team, but we’re not playing anymore. So, we said, let’s see what we can do about getting a senior softball program going so we can play again.”

Newton researched other senior softball leagues in the region — there’s a 500-player league in Charlotte, 200 players in Charleston, and 100 in Greenville — and built a website for the crew to put out a call to see how many of their peers were looking for a place to play.

The response was incredible, with about 165 players registering interest in an initial practice and evaluation and up to 70 turning up for three sessions. Some found their bodies weren’t quite up to the task, but there were enough players willing and able — about 90 — to form six teams who will play a full league season and playoffs alongside their younger counterparts this spring. 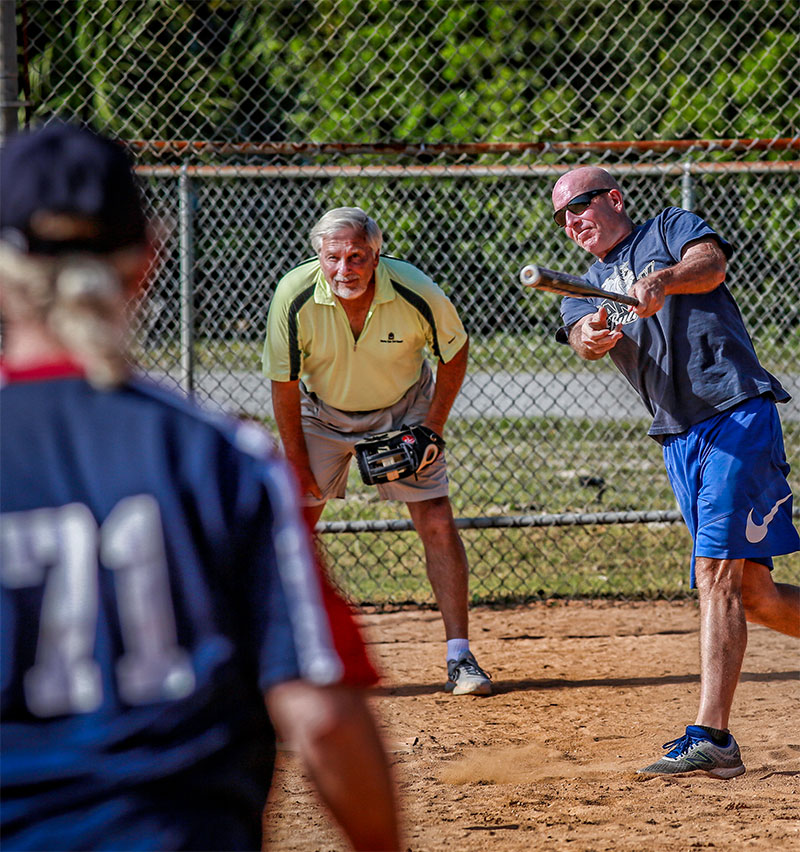 Each 15-player team has a manager and title sponsor — Stokes Toyota, Hilton Head Capital Partners, Knight Pest Control, North End Pour House, Sauce Daddy, and Chase-Howell Heating and Air Conditioning — which helped keep the player fees to a manageable $35 each. Games are scheduled every Tuesday and Wednesday at 4 p.m. and 5:15 p.m. at Barker Field on Hilton Head Island from April 20 through May 26 with a playoff tournament to follow.

There’s plenty of pride at stake, but the primary goal is to create a space for seniors to recapture the fun factor.

The league will include several modifications common to senior softball, such as second bases at first and home to avoid collisions, a net to protect the pitcher from hot shots up the middle, an 11th fielder, and the option to pinch-run for a player who doesn’t get around the bases so well.

“We’re most interested in making sure it’s fun for everyone, but still a little competitive,” Lorenz said. “This goes across all walks of life. If anyone wants to play, we’re going to get them on the field.”

The league also will incorporate a social aspect — North End Pour House has been dubbed the official “league headquarters” and will offer post-game happy-hour specials — as well as offer ways to give back with charity events.

While playing together on the Stokes team, the league organizers held fundraisers to help a league umpire cover unexpected medical costs and a canned food drive, among other efforts.

“We’re above just playing ball,” Lorenz said. “We want to be part of the community, too.”

The new senior league is off to a strong start and expects to grow.

“Anybody who shows up is going to play. You’re not going to show up and sit on the bench,” Hofmann said. “We know once we get going, next year it will probably grow even more.”