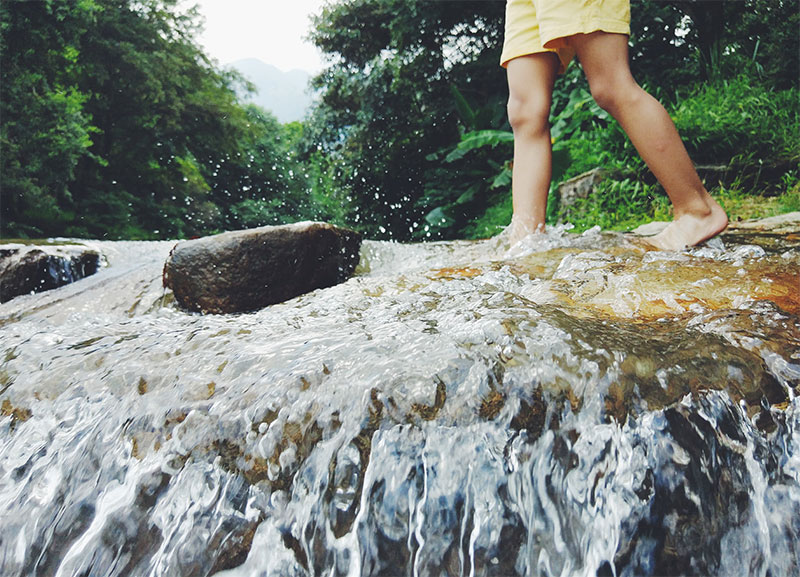 EMBRACE THESE BENEFITS OF ENJOYING THE OUTDOORS

“Live in the sunshine, swim in the sea, drink the wild air.”

Healthy and playful advice for 2021, yet written by mid-19th century American poet Ralph Waldo Emerson. It’s a direct invitation to embrace the world outside, and studies suggest the elements are powerful medicine.

According to ergonomictrends.com, the United States ranks 143 out of 168 countries in physical activity, and the pandemic’s impact likely compounded this statistic. The good news is we can answer nature’s call to come out and play.

HERE ARE SOME WAYS GETTING OUTDOORS CAN BE BENEFICIAL TO YOUR HEALTH:

Referred to as the sunshine vitamin, it rightly earns its name. Vitamin D is a necessary nutrient which is best supplemented by ultraviolet B (UVB) rays. Healthline.com says few foods contain enough significant amounts of the vitamin, so scheduling regular time outdoors is important for absorption.

Taking your hike to a deeper, more sensory-filled level, the Japanese created shinrin (forest) yoku (bath) in the 80’s as an exercise to fuse the mind with nature. Forest bathing has been shown in studies to lower blood pressure, heart rate, cortisol (stress hormone) levels and encourage clearer memory, according to the Washington Post. Forest bathing sought to bring out an ecological solution to technology burn-out, while simultaneously encouraging appreciation and protection of the country’s forests.

Eco-therapy supports the concept that humans and nature are connected, and as such, mental and physical health can be greatly improved when they merge. The practice of this therapy, though fledgling, can be instructor-guided, though often it is an informal, solo practice, The Atlantic says. Eco-therapy is mindful time spent outdoors, doing what we love while sensing our surroundings. This type of intervention is recommended in cases of burnout, stress and substance abuse, as well as in cases of social isolation among the elderly.

All outdoor physical workouts, from abdominal rolls to Zen poses, are considered green. One mature tree annually produces 260 pounds of oxygen, and islanders will be glad to know that half of earth’s oxygen come from the sea’s ocean plankton. People on nature walks tend to engage in less rumination, or negative overthinking, which relates to depression, according to sciencing.com. A sedentary lifestyle lends itself to hypertension, obesity, diabetes and the like, so inhale what the willing greenery provides.

Greater self-esteem and creativity were discovered in children who spent time outdoors. Those living in rural surroundings also had a better resilience to stress and improved cognitive function, according to healthline.com.

According to Forbes.com, studies have shown that 20 minutes a day spent outside can lower stress hormone levels and improve one’s mood.

An REI National Study on Women and the Outdoors found more than 85 percent of the women surveyed believe the outdoors positively affects mental health and happiness.