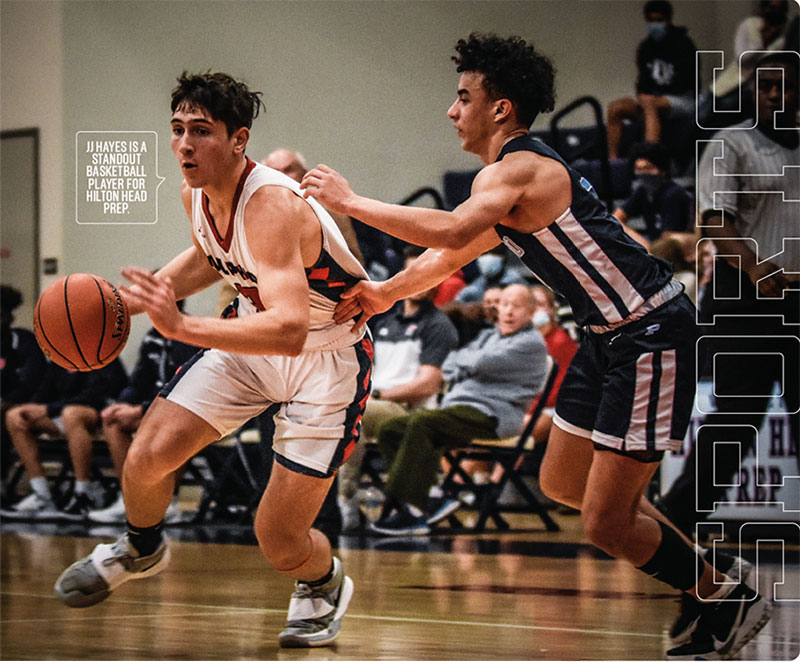 During a time when the sports scene in the Lowcountry was quieter than usual, the upheaval of the COVID-19 pandemic last spring also brought an influx of next-level basketball talent to the area.

As families from urban centers throughout the country began to look for less populated areas where outdoor recreation could provide a respite from the quarantine life, the South Carolina coast became an attractive destination for long-term renters and second-home owners and those looking to make the move full-time.

What started as the former for one family turned into a permanent move, in large part because of basketball. Susan and Jason Hayes decided to leave Atlanta and spend some extended time holing up on Hilton Head last March, which led to the idea of sticking around a little longer.

By June, the Hayes family decided to make it official, and much of that had to do with the relationships their son, JJ, had developed with his fellow ballers on the island — as well as his future coaches.

“When the coronavirus hit, we decided to quarantine here, and I got the chance to meet Coach (Jerry) Faulkner and Coach Les Fertig and look more into going to Hilton Head Prep. I realized what a great fit it would be for me,” said JJ Hayes, a junior who was a standout at Pinecrest Academy and with the Atlanta All-Stars AAU program before transferring to Hilton Head Prep. “Who wouldn’t want to live at the beach? It’s a great opportunity to be here.”

Hayes immediately burst onto the scene. He averaged a team-best 20.6 points to go with 9.1 rebounds, three assists and 1.7 blocks through the Dolphins’ first seven games.

With HHP moving up to SCISA Class 3A this season and competing against Charleston powers such as Porter-Gaud and Pinewood Prep, Hayes has been impressed with the level of competition, even compared to what he saw in Atlanta. 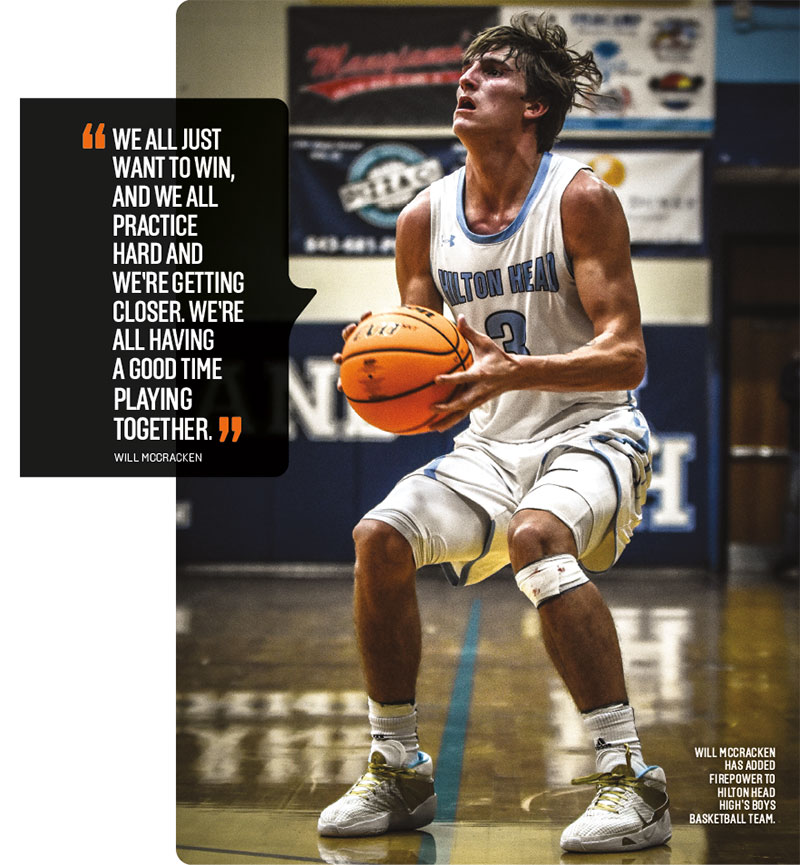 He’s even more impressed with the vast basketball knowledge walking the halls at HHP, where legendary coaches Rich Basirico (the current athletics director) and Bob Sulek (a teacher at the school) are still around the field house along with coaches Faulkner and assistant Fertig, who was on Bobby Knight’s staff at Texas Tech.

“It’s crazy the opportunity you get to be around four guys who are probably Hall of Fame high school coaches,” Hayes said. “Dr. Bob Sulek is my advisory teacher, and I didn’t even realize he was a basketball coach. He talked to me about the game, and his knowledge of the game is so immense. And Coach Basirico is a legendary coach. It’s crazy how many people can be at one small school and you have no idea how much basketball knowledge they have.”

But the avalanche of incoming talent didn’t stop with Hayes.

In September, a buzz started to build that Hilton Head High’s boys basketball team would have a little extra firepower for their second season under coach Chane Brown. Sure enough, Brown and the Seahawks benefited from a homecoming of sorts when Will McCracken, a senior guard who was already committed to play at UNC Wilmington next season, returned to the area after moving away with his family in 2013.

McCracken already had bonds with a handful of his new teammates, including big man Sam Summa and football phenom Jaylen Sneed, so the Seahawks were able to jell quickly.

“It’s been a lot of fun to play with everyone,” said McCracken, who noted coronavirus concerns were a reason his family moved back to the area. “We all just want to win, and we all practice hard and we’re getting closer. We’re all having a good time playing together.”

That has a lot to do with McCracken, who was averaging a team-high 18.1 points, nine rebounds, and two blocks through the Seahawks’ first seven games. He has quickly emerged as one of the area’s best players and enjoys playing in Brown’s system, especially when the Seahawks are able to get out and run.

“It’s more fast-paced, and defense is a really big deal for Coach Brown,” McCracken said. “I love that because I love playing defense. The way he coaches, it’s more up-and-down, don’t sit on the ball at halfcourt; get the ball and go score.”