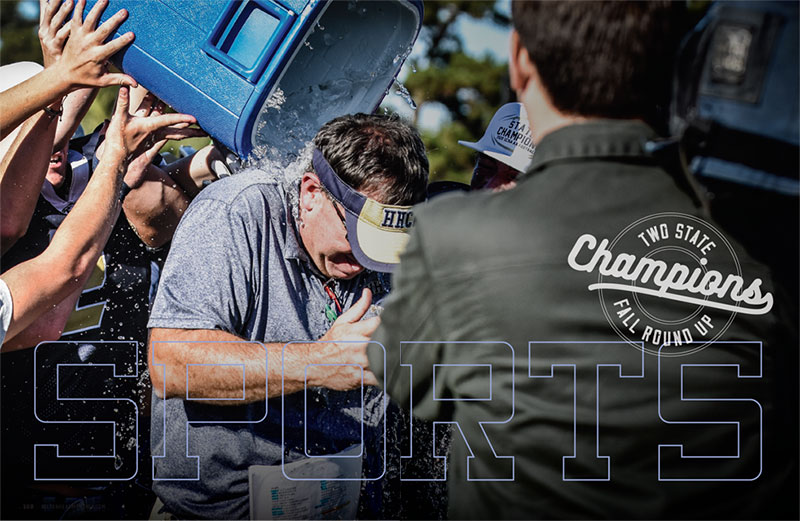 The fall high school sports season began with trepidation and proceeded with cautious optimism. But for a pair of Hilton Head Island teams, it ended in glory.

Hilton Head High narrowly missed another state title in cross country, falling a point shy of Class 4A champion James Island in another terrific performance from a storied program.

Unfortunately, there was a tragic footnote to that story when legendary Seahawks coach Bill Wrightson died in November after a long bout with cancer. In 13 seasons under Wrightson, the Seahawks won 13 state championships — eight boys and five girls — and for an eight-season span from 2008- 15, both teams finished first or second at the state championships.

The Seahawks also claimed runner-up finishes in boys and girls swimming, as seniors Cohen Bruner and Tommy Hughson capped their outstanding careers with four gold medals each for the boys, while the Seahawk girls showcased their depth by finishing second without winning a single event. 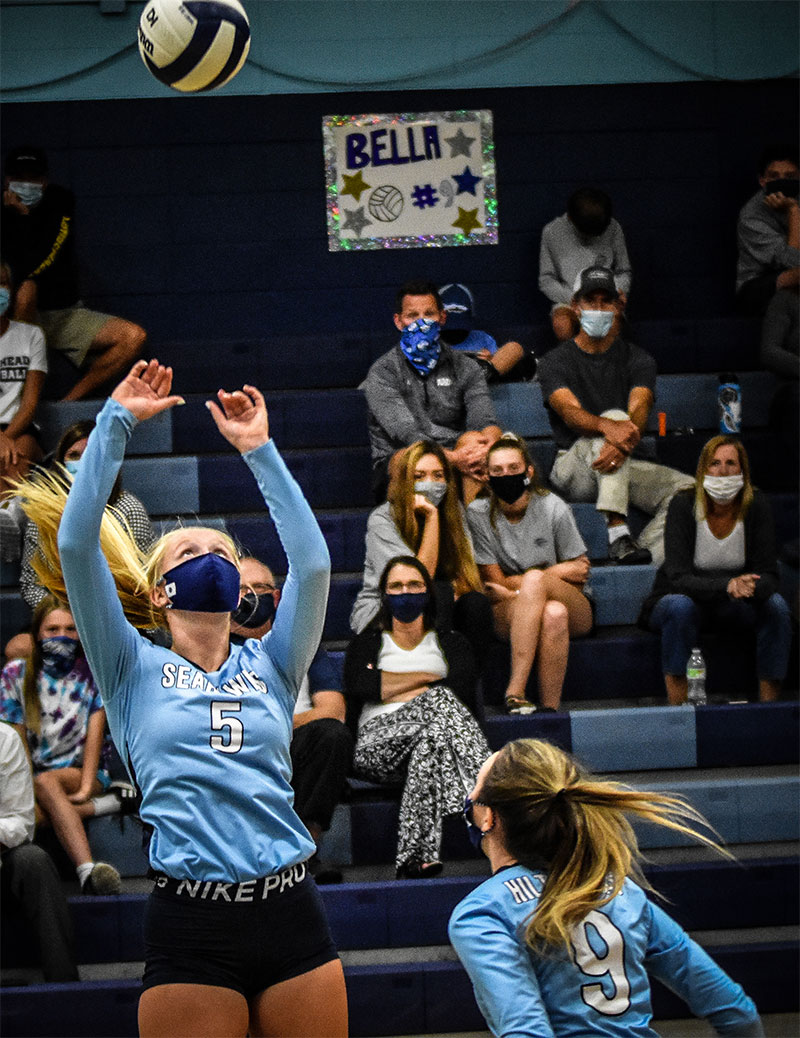 Winning a state championship or being there with a chance to win one at the end is always a colossal accomplishment, but doing so during this strange season took even more of a team effort.

Coaches, administrators and athletic trainers were faced with the seemingly impossible task of keeping their teams clear of the COVID-19 pandemic, and typically carefree teenage student-athletes were asked to take extra precautions to ensure their seasons could continue.

HHCA’s football team saw another SCISA title contender lose its shot at competing in the playoffs when undefeated Class 3A power First Baptist had to forfeit its playoff spot when a player tested positive for COVID-19 on the eve of the postseason.

But the Eagles stayed healthy — which took on a dual meaning for coaches this season — and the two-headed monster of Jace Blackshear and JP Peduzzi and a defense that earned the nickname of “Junkyard Dogs” navigated through a perfect season that culminated with a dominant 42-14 win over Carolina Academy in the championship game. 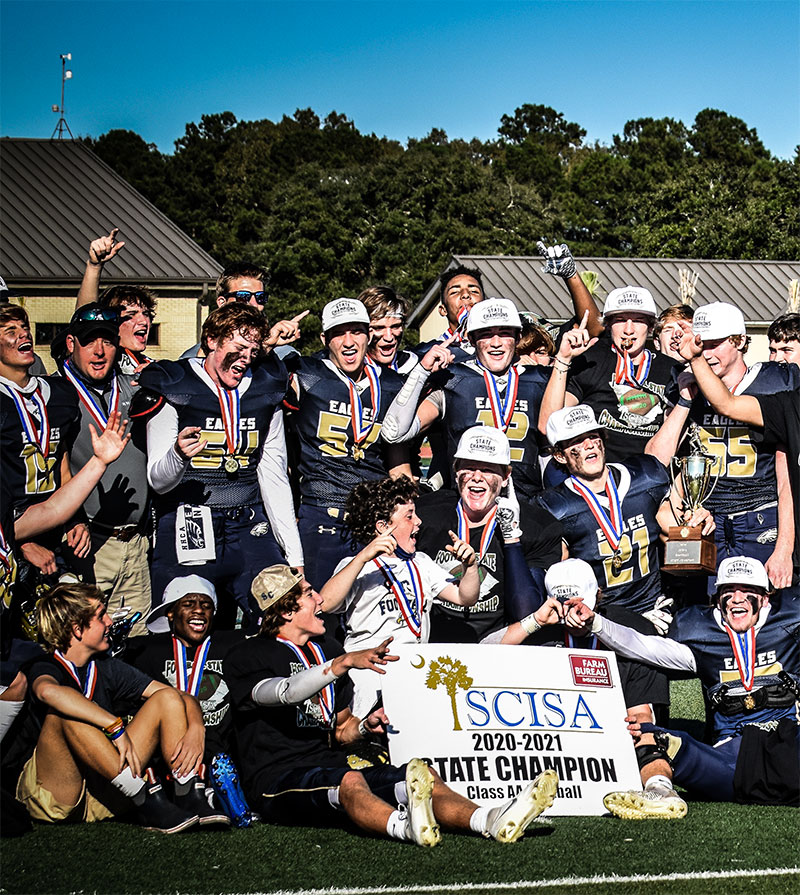 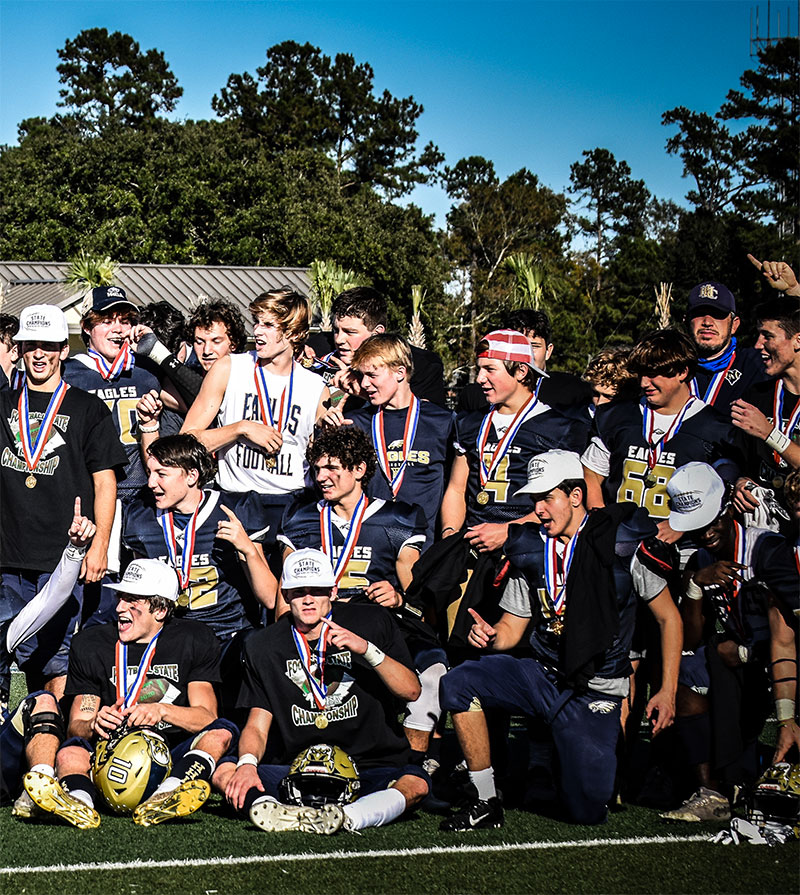 Not every team was as fortunate.

Hilton Head High’s football team played only three games after twice being sidelined by positive COVID-19 tests within the program despite coach BJ Payne and the school’s athletics administration taking every possible precaution.

Their swift actions to quarantine players who might have been exposed likely helped keep the virus from spreading to other students at the school, including the volleyball squad that was determined not only to complete its season, but to end it on top.

The Seahawks took staying on the court seriously, wearing masks even while playing throughout the regular season and carefully contract-tracing to help ensure their dream season wouldn’t be interrupted. 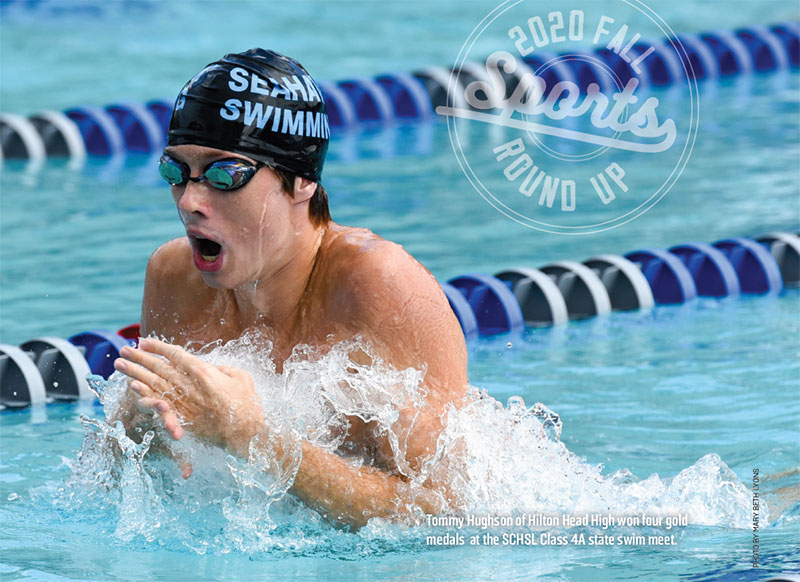 “This team is all about resilience and overcoming obstacles, whether those obstacles are on the court or in life,” senior Brooke Simons said. “We didn’t even know if we were going to have a season six months ago, and now we’re state champs.”