Most kids tend to get started in sports with the staples — baseball, basketball, soccer — but kids in the Lowcountry have a new option at their disposal, and it has appeal even for children who might not show interest in traditional athletic options.

“What little boy wouldn’t enjoy being able to bout with a weapon and not get in trouble for it?” says Amber Caswell, whose 12- and 9-year-old sons have become avid fencers since joining a growing club —lowcountry fencers (the club’s official name is all lowercase) — aimed at introducing area youth, and their parents and grandparents, to a sport that hasn’t previously taken hold in the region. Caswell’s oldest son, Colten, picked up an épée two summers ago when Hilton Head Island resident Patricia Wilkens put together an open house at the Island Rec Center. It was Colten’s first foray into sports, and he was immediately hooked. His younger brother, Haden, joined the mix a year later.

“They both enjoy the combat and the competition,” Caswell said. “As a parent, I like it because it teaches discipline and skill, they get exercise, and it is a sport they could do for as long as they want. It’s a sport for all ages.”

She’s not kidding about that last point. The club advertises its age range as 8 to 88, and its 40 or so members fall into every age group. 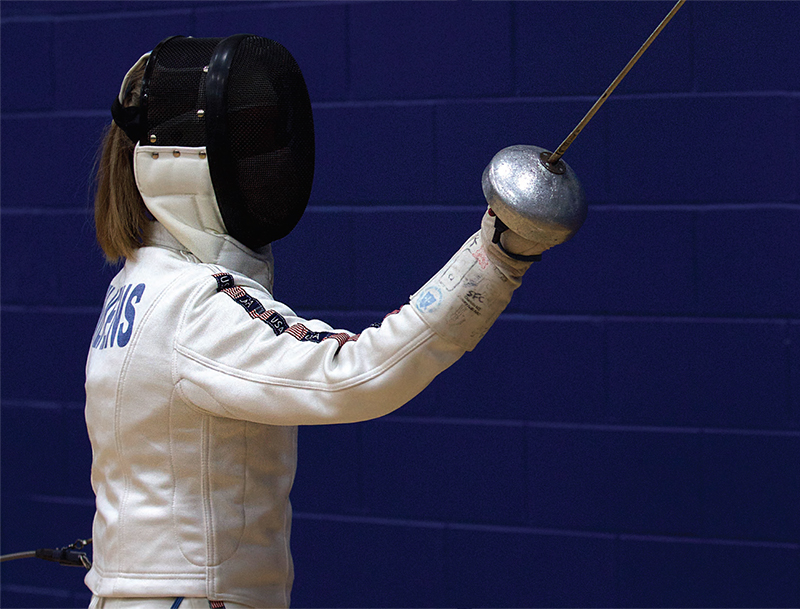 In fact, Wilkens herself grew up in the sport but left it behind after college and didn’t become serious again until she reached “veteran” status after her 40th birthday. Since then, Wilkens, 58, has competed in more than 150 tournaments at the local, regional, and national level.

Wilkens says the benefits of fencing are too long to list, including improved coordination, agility, balance, flexibility, strength, and cardiovascular endurance, as well as improved mental agility and positive impacts on the aging brain.

“Fencing is a great stress reliever,” Wilkens said. “For children, fencing improves strategic thinking and academic discipline. While coaches provide a lot of guidance and training during practice, fencing will teach them to think on their feet, helping them academically, socially, and in the workplace.” 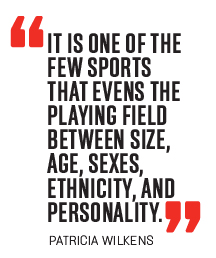 She says the sport encourages confidence and self-assuredness, because there’s no time for second-guessing yourself. Fencing requires bold moves on both defense and offense and is one of the few sports in which the competitor’s size isn’t necessarily an advantage.

“It is one of the few sports that evens the playing field between size, age, sexes, ethnicity, and personality,” Wilkens says. “And parents and children can compete together, or even grandparents. Whether you are interested in competing or just action at the club, you learn to fence for that one perfect touch.”

In an odd twist, the club has picked up steam since the COVID-19 pandemic made athletic opportunities scarce. The sport is a natural fit for these unusual times, because competitors are required to wear a mask and gloves and the combatants naturally tend to keep their distance while trying to score a hit. Fencing has quickly become a passion for 15-year-old Victoria Polites, who heard about the club in January but postponed joining until July.

“Fencing is great,” said Polites’ mother, Denise Bell. “Patty has a ton of energy. She’s a very dynamic person and she gets the kids very excited about fencing. It’s not about winning and losing, it’s all about improving.” 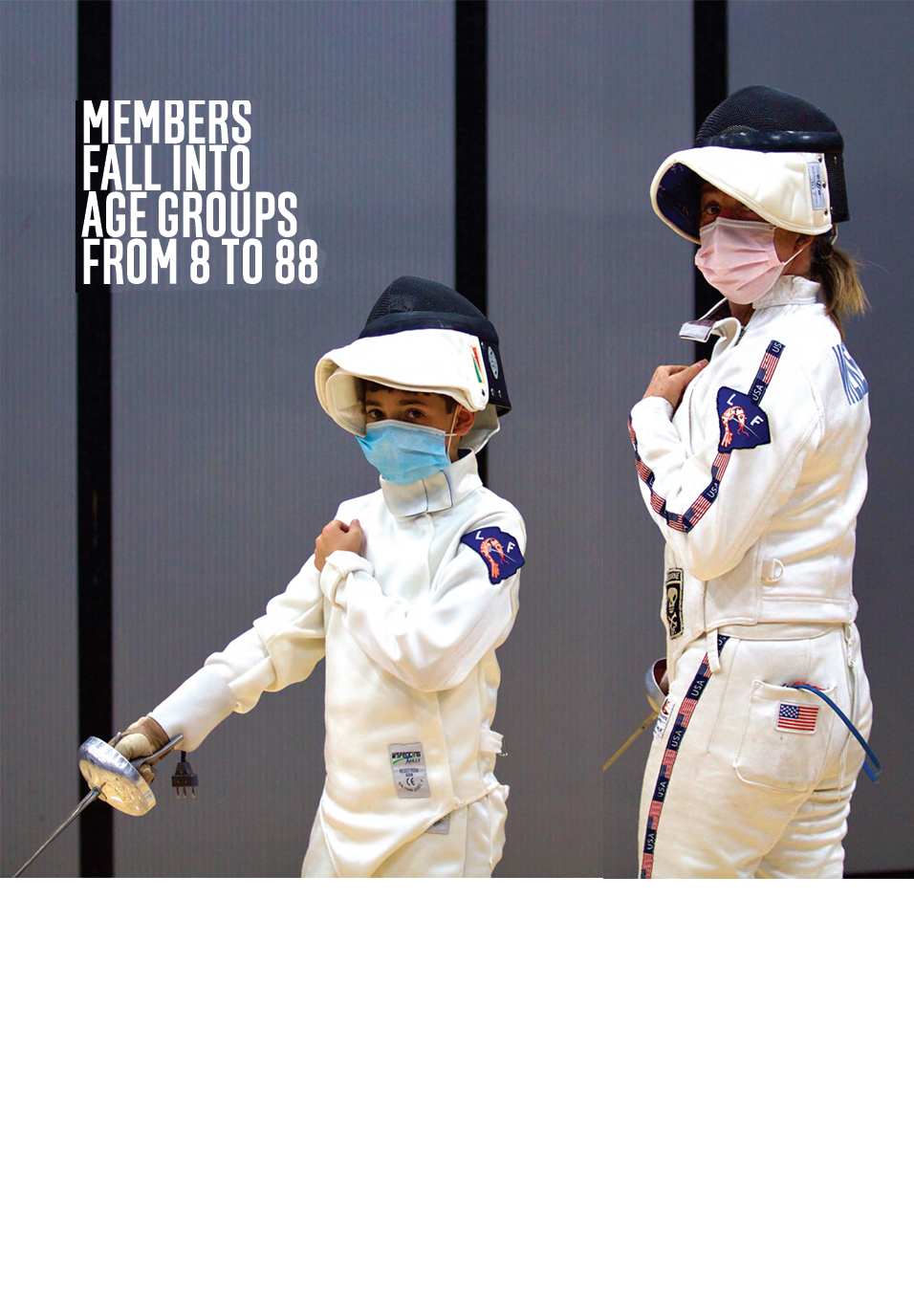 Bell says the sport can be a revelation for young people who might have a hard time focusing during a team sport, but it can also develop skills that participants can take with them to the field or court if they choose.

“It’s great for kids who have excess energy, because it teaches them to slow down a little bit,” Bell said. “The name of the game isn’t power or being aggressive, it’s thinking ahead and planning ahead.”