In 1969, Hilton Head Island was a different place: full-scale development was only just beginning, and infrastructure was limited. And the racial tensions roiling across the rest of the country could be felt on the small island.

It was an unlikely spot for the launch of a racially integrated youth football program.

But back then, Gator football was the only game in town.

Much has changed in the five decades since Maynard Barker brought his vision for a youth football program to the island, but Gator football is still going strong — albeit not as strong as it once was. 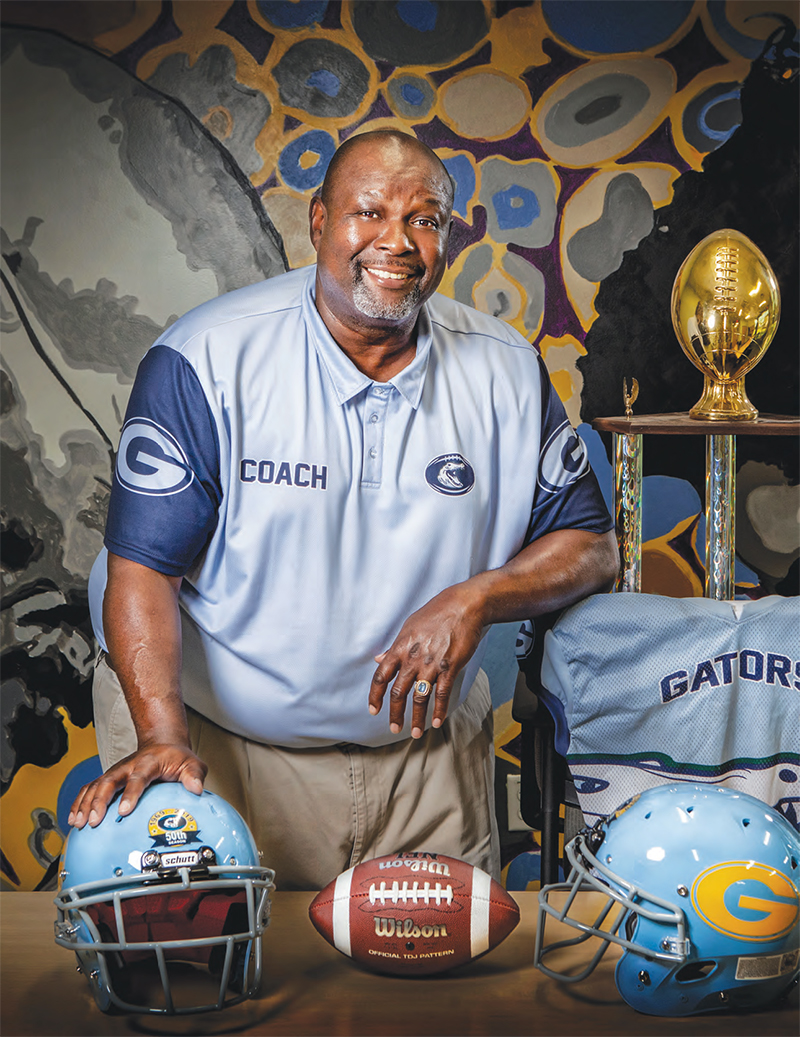 As the program celebrates its 50th anniversary this season, its past and present leaders are reflecting on its place in the island’s culture.

Born at a time when virtually no organized athletic opportunities existed for kids on the island and racial tension was rising, Gator football became the glue that bonded the community.

“I think it had a lot to do with bringing the island together,” said Bill Carson, one of the program’s early supporters. “Those were very turbulent times.” 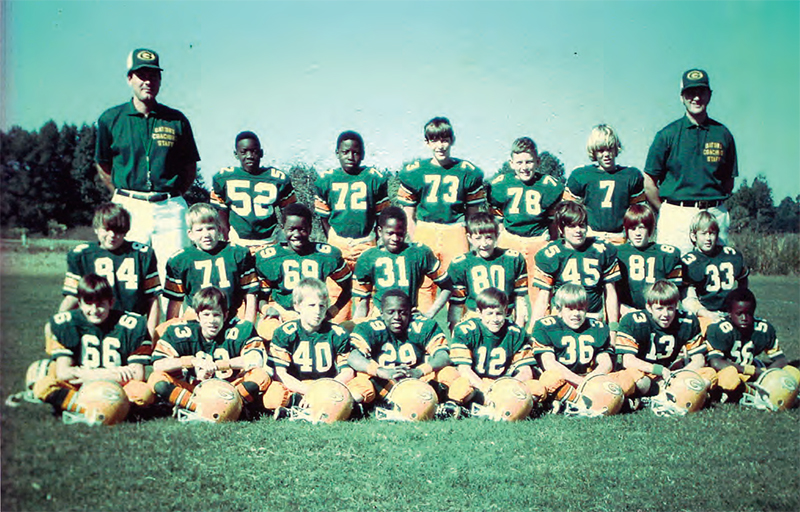 Indeed, integration was a controversial subject in what was then a rural Southern community, but Barker and the other early organizers of the Gator program were determined to make it work. After several years playing on a field at Sea Pines Academy — now Hilton Head Preparatory School — the Gators moved to what is now Barker Field, in large part to provide better access to the native islander population.

By the late 1970s — almost a decade into the program’s existence — current director Fred Lowery recalled, Gator football was a uniting force on the island.

“I remember we played a game down in Jacksonville,” Lowery said. “It was an overnight trip, and the coaches made sure that different races shared rooms. Gator football definitely was the main factor as far as the youth being integrated here on the island.” 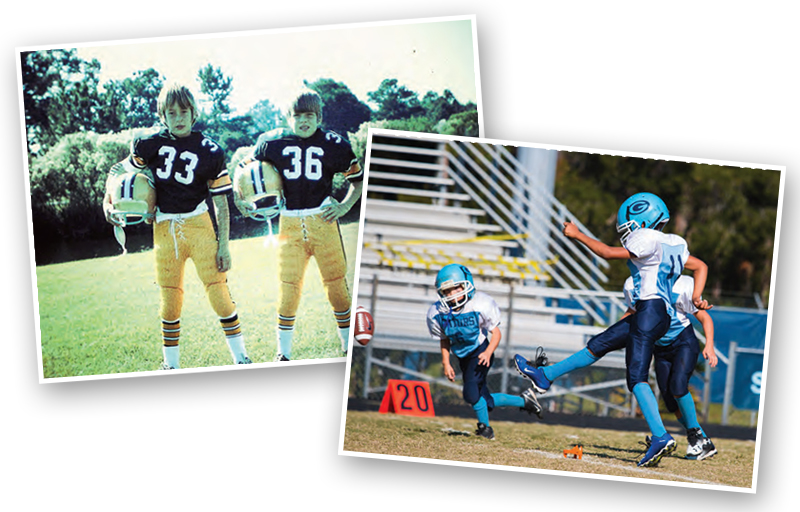 With no high school teams on the island at the time, the Gators’ games became the place to be on Saturdays, when Barker would head down to the field around 9 a.m. and not get home until 10 p.m. following a quadruple-header.

The crowd would often number more than 500, Barker said, and The Island Packet would devote a full page of coverage to every home game. Carson estimates the Gators drew more fans annually than the Heritage golf tournament for at least the first three or four years.

“It was the biggest thing on Hilton Head,” he said.

More important, Gator football players and fans became a family, bringing together islanders who might not otherwise have much in common. 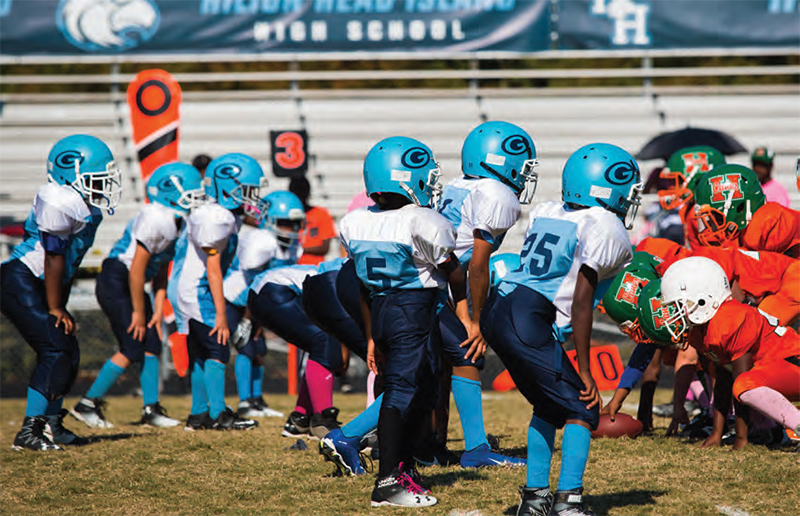 “Gator football was something we all loved and cherished. I have grown men that still rave about what the Gator football program meant to them,” Barker said. “Of all the things we did, even though we won about 90% of our games, the most important thing was the camaraderie we put in these individuals’ minds and hearts and souls.”

The Gators’ annual homecoming festivities always brought back players who had moved away — including many who had gone on to play college football. Lowery hopes to revive the homecoming tradition for the 50th anniversary, inviting alumni back for a homecoming parade before the Gators’ Oct. 5 games against the Hardeeville Hurricanes.

The Gators’ numbers aren’t what they once were — Barker and Carson say they drew 20 to 300 players in the early years before other sports programs and recreational opportunities found their way to Hilton Head — but the program still fields four teams of 25 to 30 players each. The uniforms have changed, switching a few years back from a look that mimicked the Green Bay Packers to Hilton Head Island High School’s color scheme, but the objective remains the same: To give kids a healthy outlet and to teach them about teamwork, camaraderie, sportsmanship and leadership. 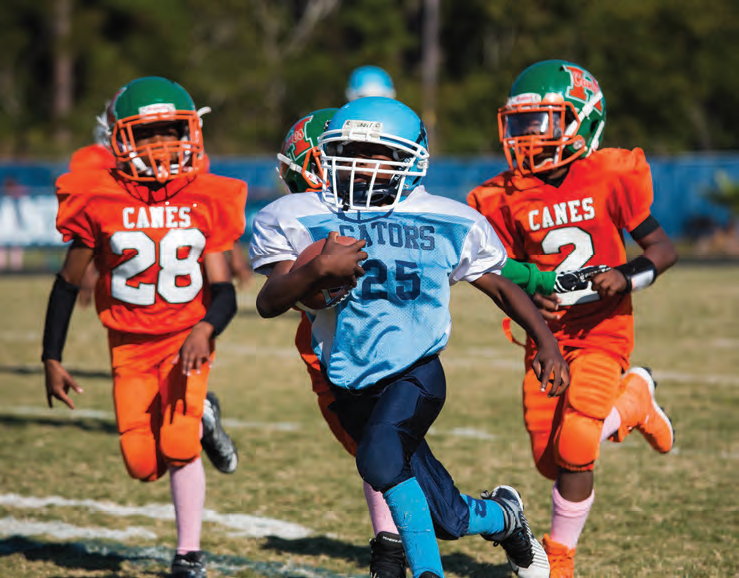 Boys ages 5-12 can register for a Gator football team by Aug. 26 at www.islandreccenter.org. Practices are at Barker Field and games are at Hilton Head Island High School.