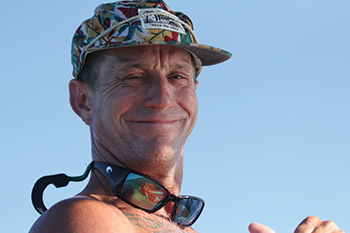 “In the late ’60s and ’70s, we were surfing our brains out,” says son Byron “Surf Dog” Sewell, whose company Native Son Adventures now offers popular surf camps and lessons.

In 1972, Charleston surfers (and skateboarders) Nanci Polk Weckhorst and her husband, Jerre — one of those Vietnam-era West Coast transplants — came to Hilton Head, in part to escape the increasingly crowded waves in Charleston.

“There was hardly anybody out and the waves were really good here,” says Nanci, 67, who won the 1972 U.S. East Coast surfing championship and is known as the “godmother” of Hilton Head surfing.

The Weckhorsts opened Nanseas Custom Canvas and Surf Shop, which took the baton from Kindred Spirits and put together a surfing team.

“Hamp and Nanci taught us how to judge a break, how to judge winds, which way to paddle,” says Gavan Daly, one of the Sewells’ first young surfers and today better known as renowned tattoo artist Knarly Gav. “Also, how to sneak into hotels to wash up.”

The Weckhorsts closed their shop in 1990 and moved to Costa Rica in search of bigger breaks. In 2000, John Tolly arrived to fill the void with his Sunny Daze Surf shop, which operated on the island until 2009 and from 2016 until last winter. He helped bring along a new generation of surfers who grew up idolizing Sewell and Daly — surfers like J.T. Roberts, Ryan Trenary and Justin Quintal, who is currently the No. 1 longboard surfer in the World Surf League.

“We were watching Gavan and Byron from Heron Street and Gannett Street. We were on boogie boards and started standing up, and they started noticing us,” says Trenary, now manager at Roberts’ Forest Beach Surf & Cycle, where he also gives lessons.

The best location for surfing on Hilton Head ebbs and flows over time, thanks to the changing shape of offshore banks, weather patterns and even the town’s beach renourishment program. Tolly now mostly surfs Singleton Beach on the north end, after Hurricane Joaquin all but obliterated the break at nearby Burke’s Beach in 2015. 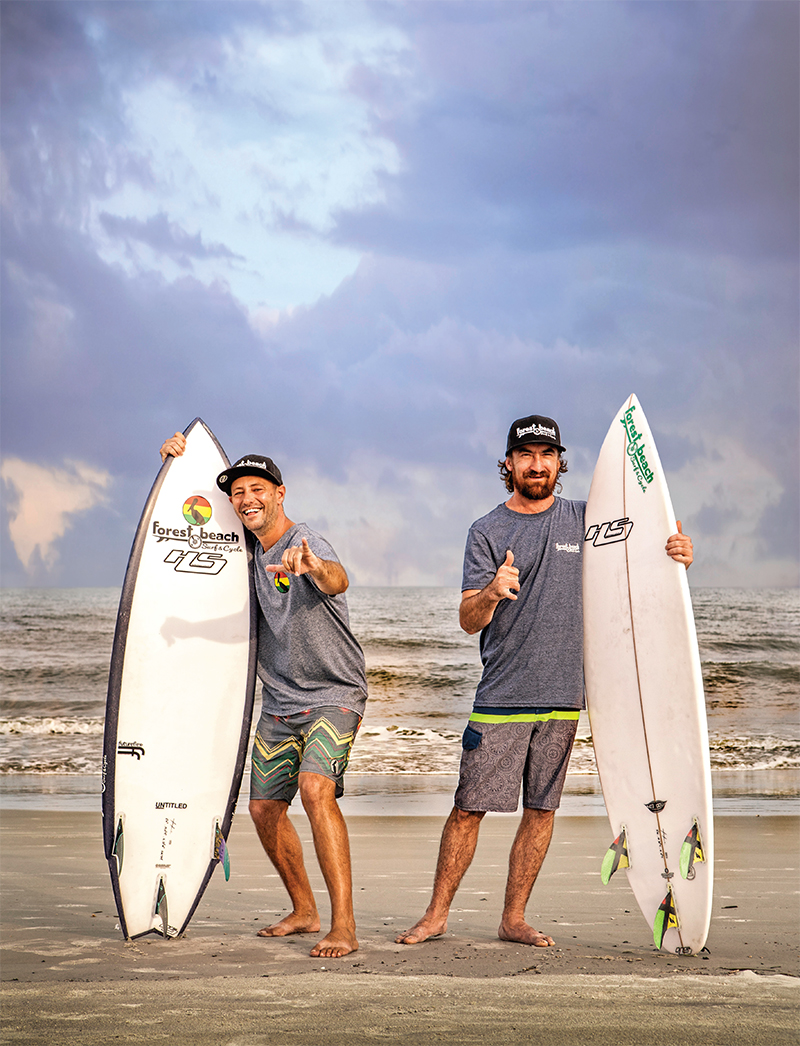 “It can go for years without being any good, due to weather patterns, hurricanes and nor’easters, then it can come back,” says Tolly, who remains the only major board “shaper” — or surf board builder — between Jacksonville and Myrtle Beach. “The Singleton surf was there 25 years ago, a dominant break, then went dormant for years. Now it’s back.”

But the waves are there, if you know when and where to look.

And as it turns out, modest surf makes the island a great place to learn, especially for kids. North Forest Beach, Palmetto Dunes and Burke’s Beach are favorite locations for surf lessons—which always include safety skills. Nate Skager, a local firefighter who gives lessons at Burke’s Beach through Surf HHI and the Island Rec Center, teaches his students how to avoid rip currents, prevent injuries while surfing, and respect the ocean and the environment. Since the summer of 2004, Skager has taught more than 800 children and adults the joy of surfing our local waves.

Other surf instructors note that beginners can feel the thrill of success right away on Hilton Head Island.

“We’ve done thousands of lessons, and everybody we’ve taught has learned within the first hour. Kids we teach here can immediately think about surfing, and not about the dangers of the ocean,” says Roberts, who notes that his shop can give lessons on hard-to-reach breaks on Forest Beach, thanks to decades-old relationships with property owners.

Small waves are harder for adults to surf, but even they can learn, with a little help.

“People push a paddleboard into a knee-high wave and ride it all the way to the beach,” Trenary says. “That’s surfing.”

Perhaps best of all, Hilton Head is known for its laid-back surf culture. At many hot spots, a newbie’s inadvertent breach of etiquette can lead to serious nastiness, and occasionally violence, from territorial locals.

“There is a true aloha spirit here,” Trenary says.

During Hurricane Florence in September 2018, for example, many young surfers got their first taste of “decent waves” while older surfers cheered them on.

“It was awesome,” Roberts says. “Waist high, clean and perfect all the way to the beach. All the guys were letting the kids get all the waves. Everybody was hooting and hollering, nobody caring about themselves.”