Susan Donahoe-Vance and Barry Vance are the parents of 17-year-old rising soccer star MacKenzee Vance. MacKenzee is a junior at Bluffton High School and plays for the United Soccer Alliance’s U-19 Girls Development Academy team in Clay County, Florida, south of Jacksonville. In fall 2018, she was one of 47 young women from across the country named to the United Soccer Coaches Youth Girls All-American Team. 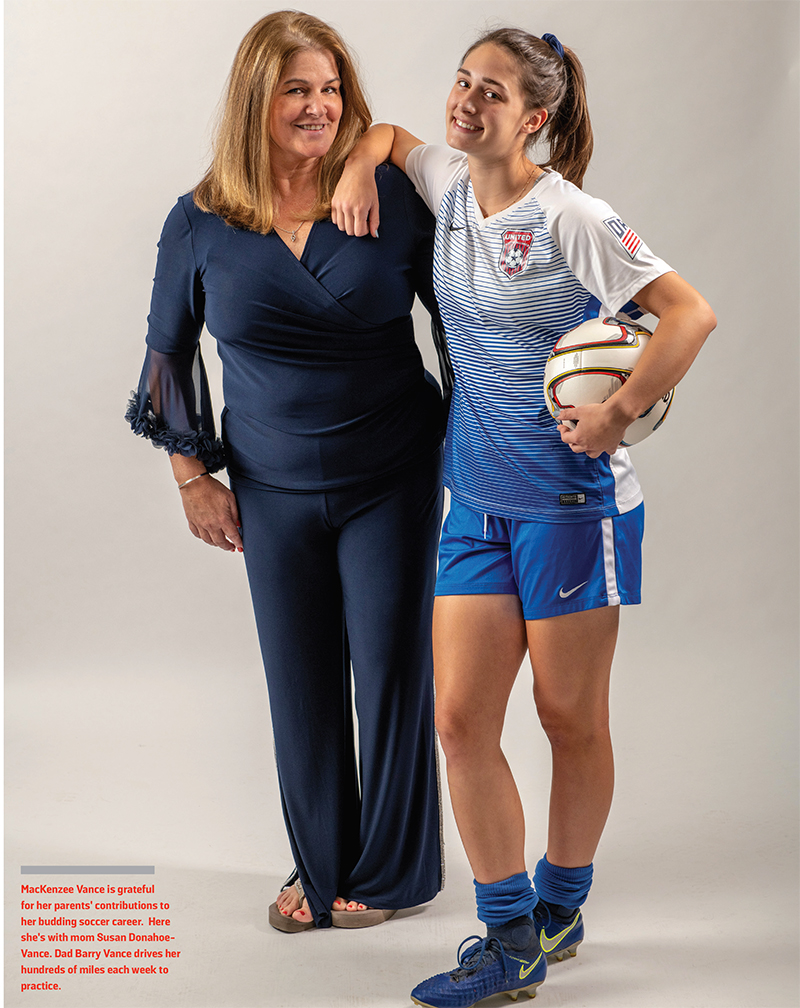 MacKenzee began training with the development club in Florida in 2017 and practices after school at least four days a week, with games on the weekend.

“At one time … we all made fun of the crazy families that traveled for soccer,” Susan Donahoe-Vance said. “But as my child grew and … wanted more and more to improve herself, we became the crazy traveling soccer family.”

On the nights MacKenzee has practice, her dad picks her up from school at the bell. She changes into her training gear, eats a light meal and completes her homework in the car to keep up her 4.75 GPA. They drive to Brunswick, Georgia, where they meet up with a carpool that drives MacKenzee and other players the rest of the way to Flemming Island, Florida. After practice, MacKenzee and her dad usually arrive home at nearly midnight. And then she gets up early the next morning to do it all over again.

Susan says her daughter has sacrificed the life of a typical teen to reach her goals, and the whole family has sacrificed a lot of sleep. But she says she will miss the travel soccer lifestyle after MacKenzee heads to UCLA for college, where she has committed to play soccer.

“The ultimate reason we continue this journey is for the love of our daughter,” she said.

MacKenzee is an only child, and she says her mom is like a sister: They laugh, fight, make up and then laugh more — whether it’s about soccer or everyday teenage drama. MacKenzee says her parents have sacrificed their work, free time and energy and she couldn’t be more grateful.

“It’s insane all that my parents have done for me,” she said.

MOVING AWAY FROM OUR HOME FOR ME TO HAVE THIS EXPERIENCE HAS BEEN A HUGE SACRIFICE FOR HER. 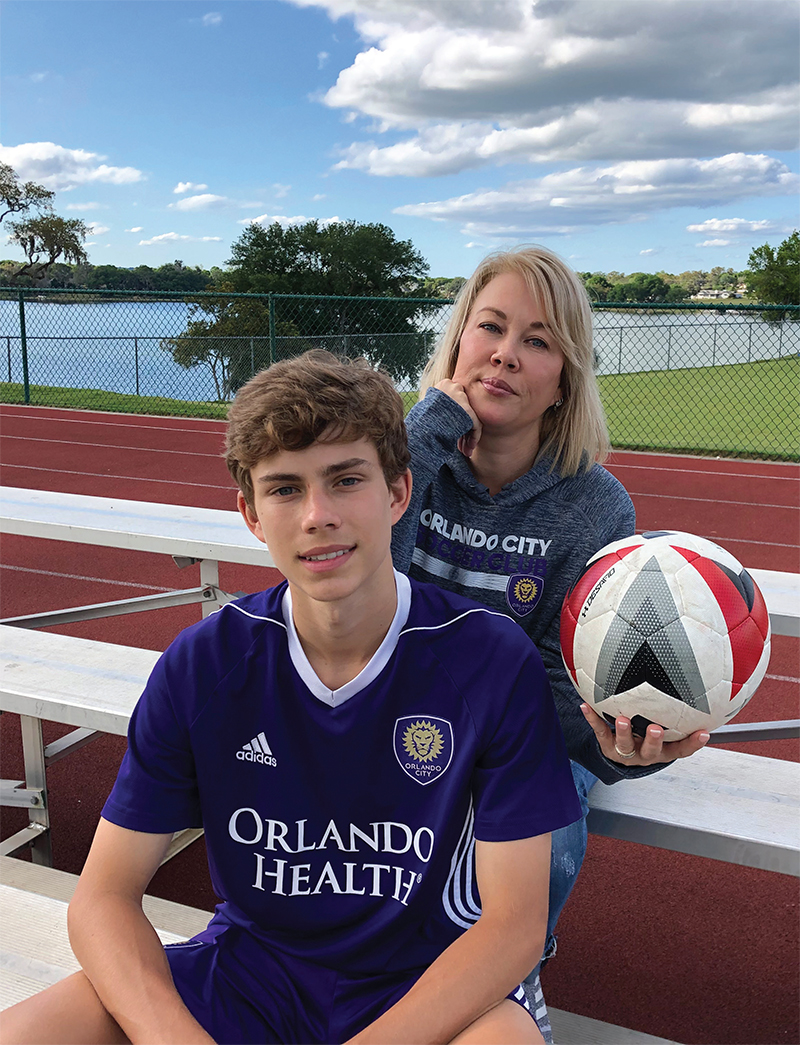 Fifteen-year-old rising soccer star Owen Van Marter says there’s no way he could pursue his dreams of playing for a Major League Soccer team without his parents’ full support. Owen began playing recreational soccer for Island Rec before he was 3 years old; he moved up to Tormenta, a Hilton Head Island travel soccer team, at age 6. In 2018, he was selected as one of 18 players to attend an international soccer tour to Spain, where his team competed in the 18th annual Mediterranean International Cup.

To up his game and increase his chances of playing soccer at the professional level, Owen and his mom, Suzanne Van Marter, moved from Hilton Head to Montverde, Florida, in December so he can play for the Orlando City Development Academy. Owen attends a modified school day so he can train each morning and practice with his team four nights a week.

“It’s because of the commitment (Owen has shown) that his dad and I supported his decision to put himself in a more competitive environment,” Suzanne said.

The temporary move not only allows Suzanne to be there for her son, but also be closer to her daughter, Ava, who attends and plays soccer at the University of Florida. Husband and father Sean Van Marter stayed back on Hilton Head to operate their podiatry business, but visits as often as possible to see his kids compete in the sport they love.

“Suzanne has always put the needs and priorities of our kids ahead of her own,” he said. “She has been a loving, caring and no-nonsense mother.”

Owen agrees and says he knows without his mom, he couldn’t pursue his soccer dreams.

“Moving away from our home for me to have this experience has been a huge sacrifice for her,” Owen says. “I am so grateful I have a mom that believed in me enough to do it.”

Suzanne said her job as a soccer mom has evolved for her over the years from guiding her children’s athletic success to serving as more of a life coach.

“I try to teach them more about life and the power of perseverance and positive attitudes,” she said.

These are life lessons that work for all ages, on and off the field.