But then there’s that other life — the one Cummings has been building for the past eight years and in which he’s an international phenomenon and the face of American weightlifting. 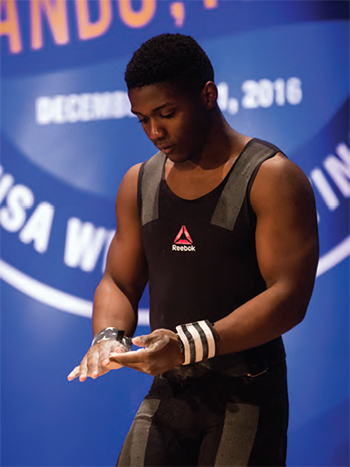 Cummings has worn the next-big-thing tag for years, since he broke a 12-year-old American senior record for clean and jerk in the 62-kilogram weight class — at age 14.

In the weightlifting world, he is a celebrity. But at home, he’s just CJ.

“The CJ at home, he’s just a regular kid who goes to school, hangs out with friends,” he said. “But CJ when he’s training is like a whole different person. He’s well-known all over the place, and I guess you could say somewhat of a little celebrity at competitions and stuff like that.”

Cummings is noticeably uncomfortable talking about his world-class status — far more so than he appears when pressing 2 1/2 times his body weight over his head — belying a humility that is rare among anyone as accomplished as he is, especially at such a young age.

His talent was apparent from the moment he attended coach Ray Jones’ weightlifting clinic at Beaufort Middle School at age 10. About a year later, he lifted double his bodyweight in the clean and jerk, marking the first of many jaw-dropping milestones.

As his technique continued to improve and match his raw power and fearlessness, the records began to pile up. After improving on two of his junior world records and setting another at the USA Weightlifting National Junior Championships in Chicago in February, Cummings now holds 29 American records and five world records. 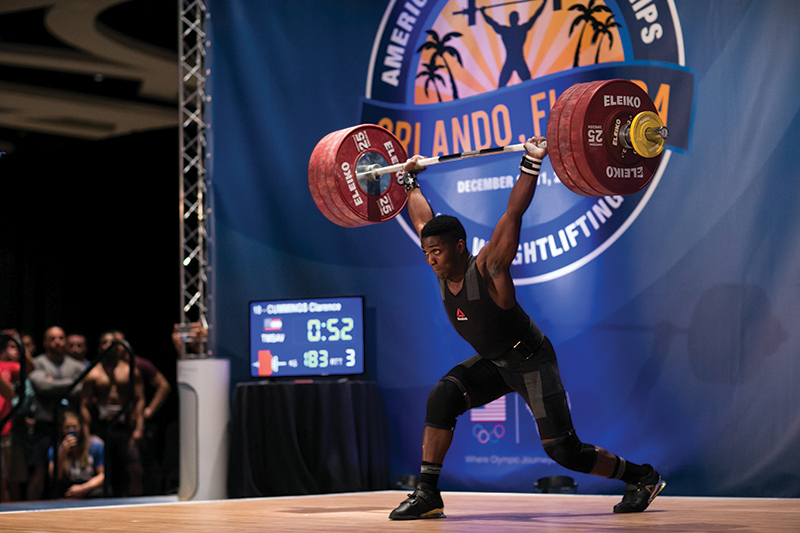 His remarkable career has led many around the sport to believe Cummings could become the first American man to win an Olympic medal in weightlifting since 1984 — when the Soviet Union boycotted the Los Angeles Games.

Those expectations might crush an ordinary person, but Cummings seems unaffected, able to balance a rare combination of the intrinsic motivation necessary to ascend to the highest level of sport and the ability to shrug off the pressure.

“There’s no pressure to me. When I go to competitions, I just go out and have fun, so it’s no big deal to me,” Cummings says. “Over the years, I’ve grown to love the sport. I know personally I’m not going to always have the best competitions, but I’ve learned how to bounce back from the bad ones and keep going.”

One of his rare disappointments came in the run-up to the 2016 Rio Olympics, when Cummings failed to make the finals at the U.S. Olympic Trials. Less than two months later, he broke three world records and swept gold at the International Weightlifting Foundation’s Junior World Championships.

Cummings has a full complement of sponsors — and his own custom Reebok shoe — including several companies that keep him stocked with healthy meals and supplements that help him avoid the temptation of fast-food favorites like Chick-fil-A and Zaxby’s.

He believes he “absolutely” will qualify for the 2020 Olympic Games in Tokyo — a goal his entire 2019 schedule is built around.

Well, his competition schedule, anyway. When he’s home, Cummings has tweaked his training schedule a bit to accommodate the other side of his double life: He has to make time for Spanish class.

5: Number of world weightlifting records held by Beaufort’s CJ Cummings, including all three junior world records in his current weight class of 73 kilograms.

149: Weight in kilograms (328 pounds) of CJ Cummings’ personal-best mark in the snatch, set at USA Weightlifting’s National Junior Championships in Chicago in February.

189: Weight in kilograms (416 pounds) of Cummings’ personal-best mark in the clean and jerk, also set at the National Junior Championships, which surpassed his previous junior world record.