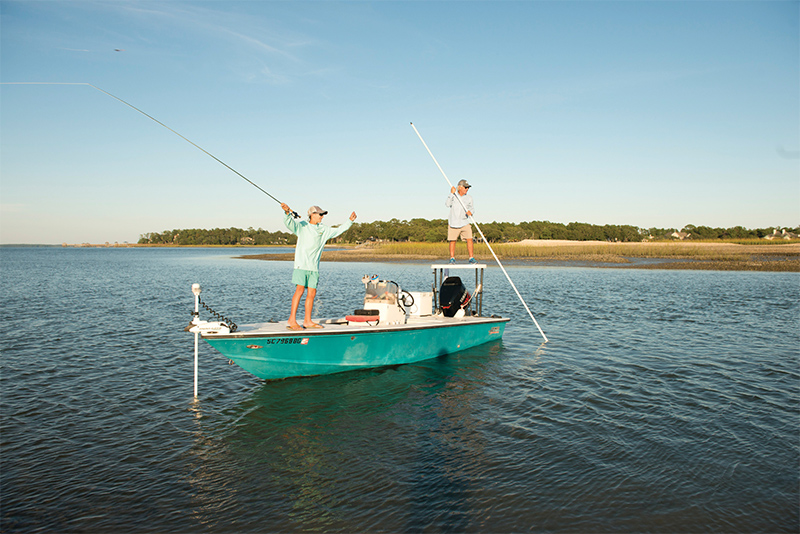 Fishing is a way of life and a year-round affair for those fortunate souls who have managed to make their living on the Lowcountry’s waters.

But it wasn’t always that way. Some of Hilton Head Island’s most accomplished anglers recall a time not so long ago when they reluctantly stored their boats for winter and sought other hobbies during the cooler months.

Then, one brisk day in the mid-1980s, Jimmy Reese spotted a school of redfish in the flats along Skull Creek and snagged a couple on a fly rod. He called his buddies, who shrugged it off as a fluke. But the fish were still there the next day, and he pulled in a few more. 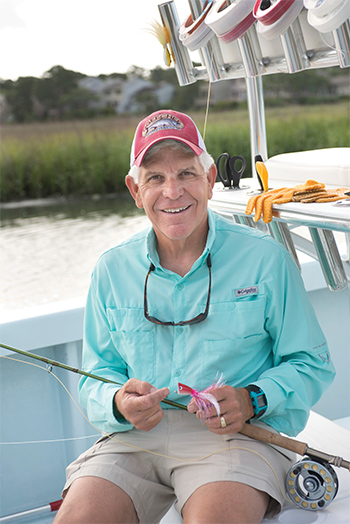 “A lot of people don’t really know where that red fishing evolved from, and I really think it evolved from that month,” longtime charter captain Fuzzy Davis said. “People figured the redfish were gone until the spring, but they were right there. There was just nobody looking for them.”

That winter marked a watershed moment for fly-fishing in the Lowcountry, as area anglers embraced a new challenge. Much like veteran hunters often cast aside their rifles to embrace the added challenge of bow hunting, it’s one thing to catch fish on spinning rods but another thing entirely to catch them on fly.

Brian Vaughn has been a fishing guide on the island for more than three decades — since he was a teenager — and while most of his paying gigs still involve spinning rods, if he’s fishing on his own time these days, he’s likely using a fly rod.

“I just love the challenge of it, putting the pieces together to make it happen,” Vaughn said, noting the thrill of visually stalking the fish and sight-casting.

Vaughn spent his summer chasing crevalle jack, and it paid off in September when he caught a 35-pound jack in Calibogue Sound that is in the process of being verified as a world record for the fly-fishing 8-pound tippet class.

It’s far from the first time a Hilton Head angler has landed a record fish on fly. Vaughn set the tripletail world record in the fly 20-pound tippet class in 2010, and fellow Hilton Head resident Raz Reid — who was on the boat with Vaughn for his latest record catch — holds numerous fly-fishing world records.

Reid, a former professional tennis player who has held more than 20 fly-fishing world records at one time or another, has done more to promote fly-fishing on Hilton Head than anyone. He isn’t a guide himself, but he has taught numerous charter captains the art of fly casting over the years, including Davis.

While fly-fishing is often thought of as a specialized niche for expert anglers, technological advances have made the sport more accessible — and affordable — for the casual fisherman in recent years. 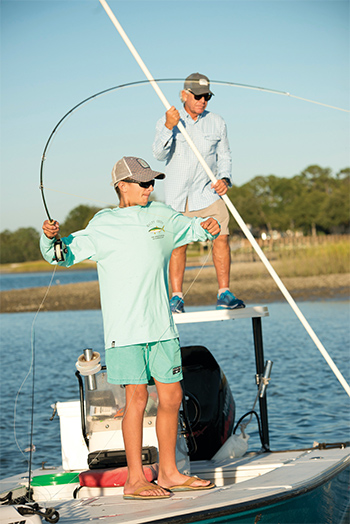 “The technology is such now that the rods are excellent, and the lines are unbelievable because they’re easier to cast, they go farther on the top, they sink farther,” Davis said. “They’ve really spent a lot of time developing really scientific, high-grade lines, and the rods have really made it easier for people to cast since 20 years ago.”

The cost has also come down. A quality rig used to run upwards of $1,000, but today a suitable setup can be acquired for less than $200. And with more local guides hooked on fly-fishing, there are more opportunities for amateur anglers to learn the skill. Davis holds a regular fly-fishing clinic through Outside Palmetto Bluff, passing his knowledge on to locals and visitors alike.

Although Davis says only about 10 to 15 percent of his charter business comes from clients looking to fly-fish, more and more of his personal fishing trips are made with a fly rod in hand.

Davis and his son, Drew, recently took a trip with Reid to Argentina in search of golden dorado, and Reid and Vaughn recently were in Louisiana hunting yellowfin tuna and redfish in the flats of the Mississippi River Delta. They’ve been to Alaska chasing salmon and Turks & Caicos for bonefish, but they all agree there’s no place like home.

“I travel all over the place,” Reid said, “but I just love fishing here at home.” 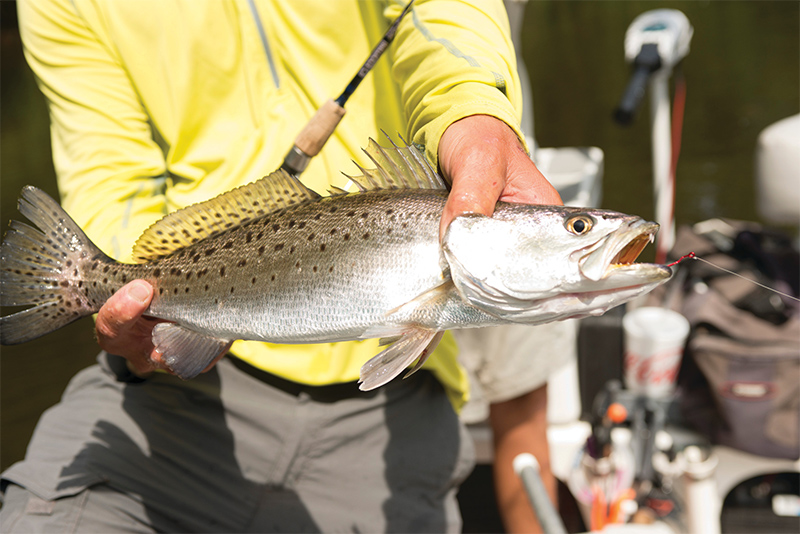 The wide array of species in the local fishery — redfish, jacks, cobia, Spanish mackerel, bluefish, ladyfish and occasionally even tarpon in saltwater and bass fishing in freshwater ponds — makes the Lowcountry tough to beat.

And there’s always a new challenge to tackle.

“The only fish that’s driving us nuts right now is the sheepshead on the flats on the fly,” Davis said. “Those little rascals, we can’t get them to eat anything.”