The ability to protect oneself against the threat of harm is one of the most basic and necessary of skills. It isn’t hard to imagine how not having this skill can impact one's self-confidence. The benefits are far reaching and immediate for adults and children alike.

Felicia, a single professional and mother living in Bluffton, found herself in a threatening situation that forced her to obtain a restraining order for protection. Still, it wasn’t enough. She felt she needed to do more to “feel safe in her own skin” again. For Felicia, that meant enrolling in a local martial arts program that taught Krav Maga, a military self-defense and fighting system designed for Israeli security forces. Eighteen months later, the look of pride and confidence in her face says it all. 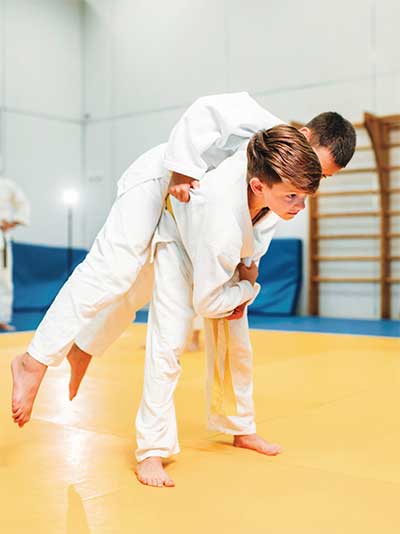 Tatiana, another Bluffton resident, began practicing martial arts as a way to stay active. Five years later, she has realized that fitness is only a small part of what she has gained. “It’s incredibly empowering,” she said, adding that while she has never felt physically threatened, she’s confident she would know how to protect herself if such an occasion arose.

And that’s just the adults. Both Felicia and Tatiana said that the benefits of self-defense are universal — men, women and children all can learn from the ever-expanding menu of classes being offered in the Lowcountry. Traditional martial arts programs — like judo, jiujitsu, taekwondo, karate and Krav Maga — serve all ages and offer a wide variety of techniques with one consistent take-away: confidence.

Robin St. Hillaire, co-owner of Energy Gymnastics of Hilton Head with her husband, Dean, has seen this personally with her 10-year-old daughter.

“(Judo instructor Mike McClendon) teaches the kids to assert their power. He teaches them to raise their voices and say ‘No,’” she said. “With girls, that’s sometimes a hard thing to do.”

St. Hillaire said the kids also learn to be aware of their surroundings and what to do if they find themselves in a dangerous situation. For teens, life lessons are an added benefit. McClendon continually reminds his students of the importance of staying out of trouble by focusing on their bodies, their minds and their families. 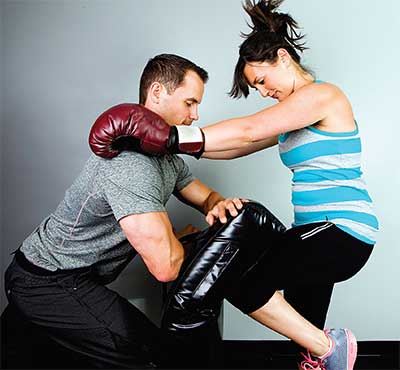 Besides traditional programs, there has been a notable demand for shorter, more targeted self-defense classes, such as one recently offered by Burn Boot Camp in Bluffton. In the two-hour workshop, taught by Riptide Martial Arts owner John Juarez, training focused on situational awareness as well as the most effective strikes and grabs to fend off an assault. Response for the event — which was attended by men and women ages 15 to 55 — was overwhelmingly positive.

So which program is best for you?  For those who desire a quick refresher on strikes and escape methods, consider enrolling in a short-term class or workshop. This is also a great idea for college-bound students — what could be a better graduation gift than one that teaches them to protect themselves?

For those interested in more, consider a traditional martial arts program. In addition to learning defensive moves and strategies, students will be able to practice them in a variety of situations — multiple attackers, fighting when fatigued, etc. According to trainers Juarez and McClendon, panic can cause the best of strategies to be forgotten. With repeated practice, defensive moves will become more reflexive and will be more likely to kick in when they are needed most.