PICKLEBALL IS PICKING UP STEAM IN THE LOWCOUNTRY 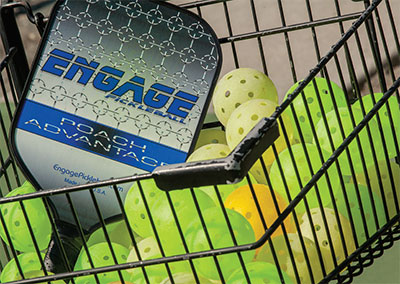 The funny name might raise an eyebrow, and the analogy to playing ping-pong on a badminton court might be tough to wrap your head around, but more and more Lowcountry residents are falling in love with pickleball.

While some devoted tennis players are reluctant to embrace the game, others find it to be a great alternative thanks to its smaller court and quick pace. Take, for example, Christine McGrath, a top touring pro who discovered pickleball after playing collegiate tennis.

“I was pretty reluctant because it sounded weird, but I got addicted right away and entered my first pro tournament like two weeks after,” McGrath said. 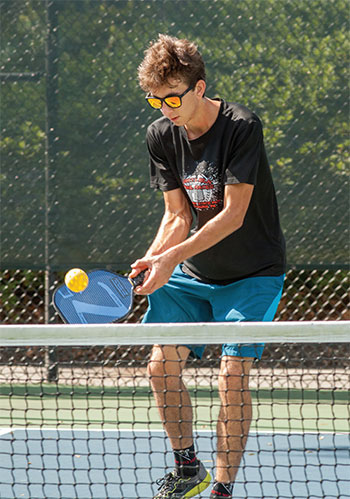 McGrath and fellow pro Ben Johns recently planned a vacation on Hilton Head Island after playing a pro tournament in Atlanta and figured they would see if there was an opportunity to put on a clinic while they were visiting. They wound up working six clinics around the area.

“Hilton Head is a surprisingly big pickleball community,” McGrath said. “I didn’t expect that. I thought we would be working one or two days, and now we’re working every day.”

The Palmetto Dunes Tennis Center, with its eight dedicated pickleball courts, became their de facto headquarters during the trip, with their clinics drawing locals and tourists alike. Some were beginners, but many were devoted players looking to pick up some pointers to take their game to the next level.

“People improve so fast, that’s why they really love it,” said 19-year-old Johns, who picked up the sport at age 17 and has played professionally for two years. “They get that taste of improvement and they want more of it.”

Would-be players might not pick up the game quite as quickly as Johns, an experienced tennis and table tennis player who had played pickleball only two months before placing fifth in the pro division of the U.S. Open in his first tournament. But if the robust programming available on the Palmetto Dunes courts is any indication, they’re flocking to the game. 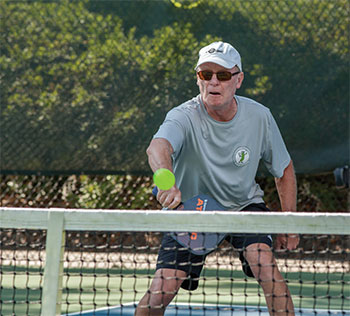 Monday, Wednesday and Friday; intermediate clinics every Tuesday and Thursday; and round robins daily from 10 to 11:30 a.m. Head pickleball pro Mark Anders encourages prospective players to attend a clinic and stick around for the round robin to put their newly learned skills into action.

“The clinic is about information, and the round robin is about playing and beginning to try to integrate all those things, which is a lot more challenging,” Anders said. “That’s when it all begins to make sense.”

Considering the Lowcountry’s love for other social sports such as golf and tennis, it’s no surprise that pickleball is catching on.

“I think it’s a perfect place for it, because you have so many fun activities here,” Johns said. “It’s a perfect vacation game, too, because you can pick it up really fast and everyone learns it really easily.”

- Intermediate clinics every Tuesday and Thursday ($25)