For years, Grayson Stadium sat half-empty most nights during the oppressively hot Savannah summer, even as top prospects and future major leaguers took the field for the Savannah Sand Gnats or their South Atlantic League opponent.

The team’s owners insisted they simply couldn’t draw fans to the aging stadium, which didn’t have the bells and whistles of more modern ballparks. The Sand Gnats asked voters to fund a new downtown stadium, and when the taxpayers balked, they moved to Columbia.

No one was quite sure what to think when an upstart group called Fans First Entertainment announced plans to bring a Coastal Plain League team to Savannah in 2016. If affiliated minor-league ball could barely draw flies, how would a summer wood-bat league for college players survive? 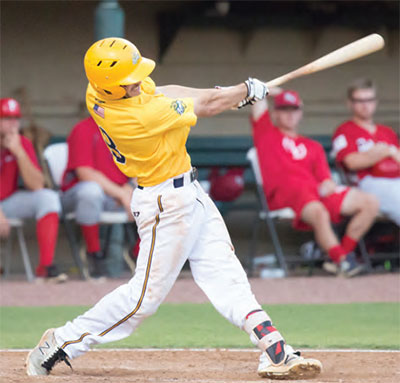 “For five months, people didn’t really know what we were doing and didn’t trust us,” team president Jared Orton said. “That was when we had no name, no identity.  People were just confused.”

Orton said the team sold only four season tickets the first month and fewer than 500 single-game tickets for the first four months.

“It was tough sledding,” Orton said.

Then came the team name.

The reaction was mixed, but Fans First took the Bananas moniker and ran with it, rolling out all-yellow jerseys, naming the team store inside the stadium The Banana Stand, and unveiling a logo featuring a bat-wielding banana that drove merchandise sales around the world. 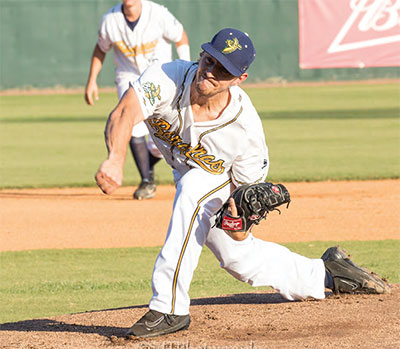 A phenomenon was born. Fans First cranked up its marketing machine and sold out the Bananas’ season opener. As soon as the sellout was announced, sales for subsequent games picked up.

It only took one game for fans to see why the Bananas were the hottest ticket in town. Baseball took a backseat to the show, which featured innovative entertainment between innings, ranging from the fun and games typical at minor league stadiums to lots of dancing. Players showed off choreographed dance moves, the Banana Nanas dance team channeled “Golden Girls,” and Bruno Mars had nothing on the dancing first-base coach, who even made his way to ESPN’s “SportsCenter.”

It didn’t hurt that the team was good. The Bananas won the division title, then beat the Peninsula Pilots to claim the Petitt Cup Championship. 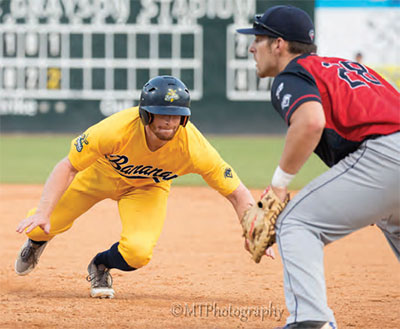 There was no championship for the Bananas in 2017, but the party raged on — and so did the marketing machine. Every regular-season home game in the team’s second season was a sellout, and the first five games of the 2018 campaign were already sold out two weeks before opening night.

The team hired a new coach in the offseason, with South Mountain (Ariz.) Community College assistant Tyler Gillum taking over for Sean West, but the biggest offseason acquisition was Director of Fun Tyler Gray, a popular cruise ship director who will serve as the master of ceremonies during games and facilitate all in-game entertainment.

This season also brings added hospitality areas at Grayson Stadium and a new rival — the Macon Bacon — that has spurred an intrastate food fight the likes of which baseball has never seen. The Bananas have already chartered two buses to take fans to Macon for one of the new rivals’ showdowns, and the team has big plans to “fry” the Bacon as the season goes on. 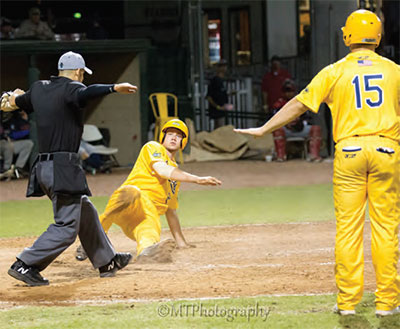 It’s all in good fun, and in the name of putting the fans first.

“I used to think you could just open the gates like in ‘Field of Dreams,’ ” Orton said. “ ‘If you build it, they will come,’ which is just wildly inaccurate. You still have to go out and ask them to come to the games. You have to give people fun experiences. That’s what people really want.”

GET YOUR TICKETS TODAY!

Consecutive regular-season home sellouts for the Savannah Bananas, dating to the final five games of the inaugural 2016 season

Total attendance in 2017, shattering the Savannah Bananas’ own Coastal Plain League attendance record of just over 91,000 in 2016

Savannah Bananas merchandise has been sold in