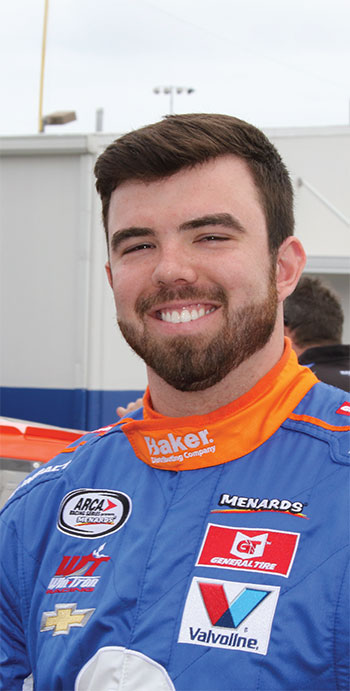 Since he started racing go-karts at age 6, Gus Dean has had a one-track mind — or, you might say, a racetrack mind.

The Bluffton native captured the American Kart Racing Association’s Junior II national championship in 2007, before he even became a teenager, and he’s been roaring through the auto racing ranks ever since.

Dean, now 23, is still chasing the dream as he begins his second full season in the ARCA Racing Series, essentially the minor-league proving ground where future NASCAR stars cut their teeth.

A room at the family’s business, Dean Custom Air in Bluffton, is decked out with promotional items like a life-size cardboard cutout of Dean in his racing jumpsuit and dozens of trophies, which represent only a smattering of the awards he has earned during his 17 years on the track.

And Dean and his team at Win-Tron Racing have an eye on adding to the hardware this year. 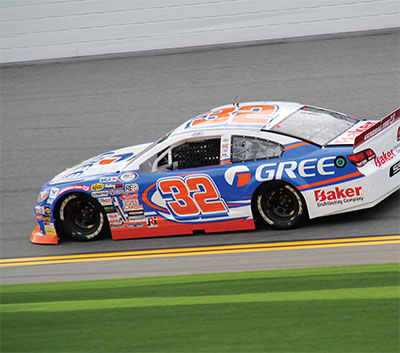 After leading the Scott Rookie Challenge points race for most of the season, the No. 32 GREE Cooling Systems Toyota faltered down the stretch as he finished outside the top 10 in the final three races of the season. He still finishing fourth in the overall points standings and second in the rookie of the year race, but it left him with an unfulfilled feeling heading into this season.

“We really gave it everything we had,” Dean said. “We ran into some bad luck there at the end.”

The team underwent a facelift in the offseason, bringing on veteran crew chief Jamie Jones and switching manufacturers — from Toyota to Chevrolet.

In the ARCA season opener at Daytona International Speedway, Dean took on minor damage in an early crash and battled back into the top five before getting caught in a pileup in the final lap. While the outcome was disappointing, it gave the team something to build on. Dean is excited about what he and Jones can do together as their working relationship develops.

He’s also optimistic about returning to a number of tracks where he gained valuable experience during his rookie season, and being back behind the wheel of a Chevrolet — which he drove to a win in his second career ARCA start at Talladega Superspeedway in 2016. Put it all together, and Dean is feeling good about finishing what he started last year.

“With everything that we have going this year, I definitely look to see some wins,” he said. “We’re chasing that championship, and I think we’ve got a good shot at bringing it home.”