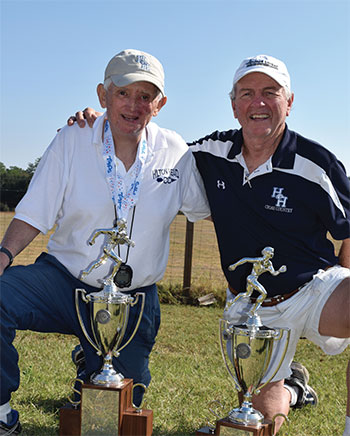 AFTER ANOTHER BIG WIN, HHI CROSS COUNTRY COACH STEPS DOWN

By any account, there’s no good reason why Hilton Head Island should produce more talented distance runners than any other town its size.

Sure, outdoor activities are popular here, and training in the humid environment might benefit local runners when they race elsewhere, but high humidity isn’t unique to the Lowcountry. The terrain is flat as can be — the bridges to the mainland and across Skull Creek provide the only opportunities for substantial elevation change.

“It’s no running mecca or anything,” said David Adams, whose 14:37 5K in 1999 still holds the record at both the school and state. “It shows you how important a good coach and support system can be.”

And for the past 13 years, the Seahawks have had one of the best.

You might say Bill Wrightson was an accidental genius.

He was a lifelong runner — though not a particularly fast one — who became somewhat obsessed with the science of the sport.

He became more involved with the Seahawks’ cross-country and track programs when his daughter, Christie, started running for the school in 1995, and he and longtime coach Max Mayo began working one on one with the team’s elite runners, including Adams.

Mayo was the vocal motivator with the coaching background, Adams said, while Wrightson was the calm, collected, number-crunching scientist. Together, they were an unstoppable duo that could turn spindly island kids into mileage-eating machines.

In many cases, Mayo and Wrightson recruited runners who didn’t play other sports — and often lacked the attributes needed to succeed in traditional team sports — and used the tangible evidence of their steady improvement as constant motivation to work harder, which resulted in more improvement, and the cycle began anew.

“That’s why I love the numbers,” Wrightson said. “There’s so many numerical measures for you to look at to see improvement. Sometimes in life that’s hard to see. It’s really hard to notice improvement as finite as you can with numbers and running. When you can show them their improvements and constantly remind them, they really start to get the connection between hard work and success.”

And, boy, did they have success.

Wrightson stepped down after the S.C. High School League cross-country championships in November. And it’s no surprise he went out on top, with Hilton Head High’s boys winning their fifth straight state championship and their eighth in the past nine years, and the girls finishing second.

Four times during Wrightson’s 13-year tenure as head coach, the Seahawks swept both the boys and girls titles, and for eight years, from 2008-15, both teams finished first or second at the state meet. As an assistant track and field coach training distance runners, Wrightson guided the Seahawks’ boys 4x800 relay team to the state title in 10 of the past 11 years.

Wrightson’s coaching philosophy centered around the “four Ps” – passion, preparation, patience and perseverance — and his runners took it to heart. They put in the kind of mileage typically expected of college runners, always chasing that extra second and, of course, the accolades that came on race day.

“I always told them the fun is on Saturday — going out there and people showing up and realizing they’re running for second place if we’re there,” Wrightson said. “The fun is in the performance and the achieving and constantly getting better.”

Wrightson’s fortune cookie-like nuggets of wisdom are legendary among the program’s many alumni, and he sprinkles them throughout casual conversation.

“You’re always out there trying to beat your best self,” Wrightson often tells his runners. “As time goes by, your best self gets tougher and tougher to beat.” 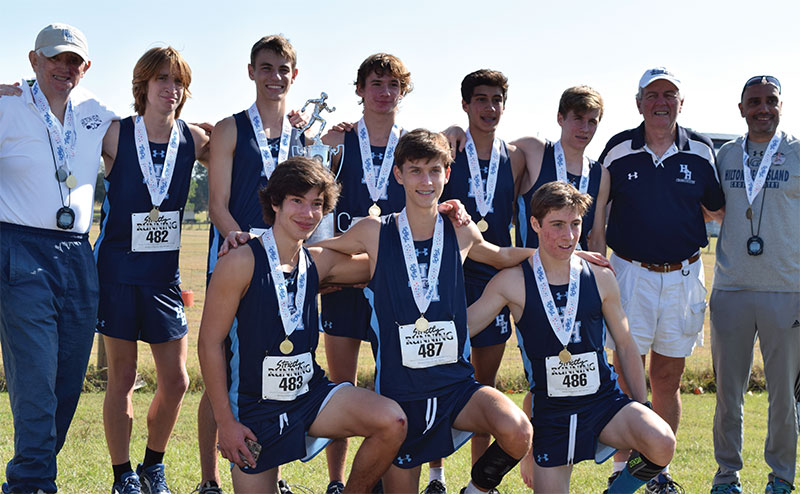 Another one stuck with Ben Gilman, the 2016 Class 4A state champion for the Seahawks who is now running at NCAA Division II Lee University in Tennessee.

“Whenever I had a bad day, he would say ‘It’s just running. It’s one day. You have 365 of them every year,’” said Gilman, who also praised Wrightson’s eclectic mix tapes he produced for road trips. “Even now, when I have a bad day I remind myself that it’s just running, and it’s just one day.”

Gilman, whose younger brother, Sam, kept the state crown in the family by winning the Class 4A title this year, says he “wasn’t much of anything” when he transferred from Hilton Head Christian Academy in eighth grade and began running for Wrightson and Mayo. Now he’s an all-region performer as a freshman at Lee, and he says he owes it all to his high school coaches.

When Adams decided to run competitively again after a 10-year hiatus following his career at Clemson, he sought out Wrightson to train him. He said he had the best results of his life.

“(Wrightson’s) an incredible guy,” Gilman said, “and he deserves every single accolade that comes to him.”

Of course, Wrightson is quick to deflect the credit.

“It’s really a testament to these kids and the success that they’ve had that allows other people to know about my story,” he said. “It’s been a tremendous, tremendous experience.”

Wrightson has achieved enough to hang up his stopwatch, at least for now. He’s 73 years old and has sent more kids than he can count off to run in college. Now, he said, it’s time to be closer to his own daughter, Christie, so he and his wife, Joy, are moving to Durham, North Carolina.

He figures he’ll keep close tabs on the Seahawks through track season and come back to help with the program’s annual summer camp. And he knows nostalgia will likely hit come fall, when he’ll probably be where that old stopwatch has gone. He doesn’t want to be a head coach again and deal with all the administrative tasks, but said being an assistant again is appealing.

“I’ve probably got some good references,” he said with a laugh, “and the resume isn’t bad, either.”