Competitive youth sports programs can teach valuable life skills — how to win gracefully, how to accept defeat, how to be a good sport — and help boost self-esteem and self-confidence. Unfortunately, these programs also can offer lessons in how not to behave: shouting matches and shoving among grandstanding parents or aimed at umpires, judges, coaches and opposing players.

Recently, the South Carolina Youth Soccer organization sent a “Silent September” flyer to Lowcountry soccer parents to remind them that shouting, jeering and noisemaking devices at their children’s game are unacceptable. The group’s plea to parents to spend one month of the season focused on controlling their behavior is an indicator of how passionate youth sports have become — and how competitive.

These teams also have become big business. According to a recent report in USA Today, American parents spend up to 10 percent of their annual incomes on league fees, camps, equipment, tournament fees and travel costs — not to mention the family time, evenings and weekends lost to practices and games. They’ve driven the youth sports industry to become a moneymaking machine worth $15 billion a year, according to ESPN. But is it worth it?

For these three Lowcountry students, the answer is yes. 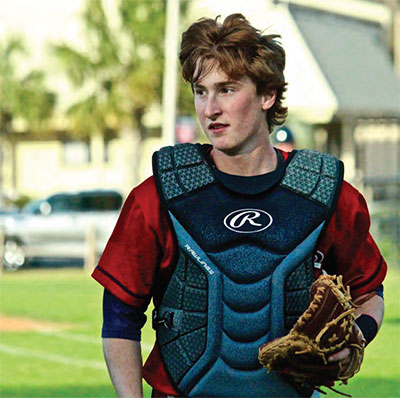 For Aidan Sanz, a 17-year-old senior at Hilton Head Preparatory School, playing travel baseball has always been for the love of the game, rather than a chance for a college scholarship or to play in the pros.

“He has no intention of playing baseball in college,” said his mother, Kathleen. “He knows his brain is probably better than his arm.”

For this three-sport athlete — in addition to baseball, he plays basketball and runs cross-country — joining a travel baseball team was a chance to spend more time playing the sport he loves and make new friends. Though he started by playing recreational ball, by age 11 he was on the roster of a local travel team and played there for six years. He recently gave it up to start getting ready for college, Kathleen said.

With a season that stretched for nearly four months every summer, and tournaments almost every weekend, was it worth the time and considerable expense?

“I wouldn’t change a thing,” Kathleen said, adding that while playing was fun for her son, travel baseball taught Aiden to work hard and be satisfied with his best effort.

She also credits Aidan’s coaches with producing what she called “gentleman athletes.” They never screamed or yelled or kicked dirt. If their boys did, they would have been benched.

Through the years, “we’ve had tears, blood and sweat,” she said. “It’s still just a game at the end of the day.” 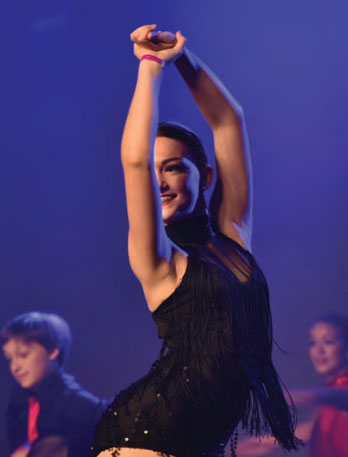 For girls, travel sports — including soccer, softball, swimming, gymnastics, basketball and competitive dance and cheerleading — can be an antidote to a looks-and-popularity-obsessed teen culture.

Sophia Claudio, 13, has danced for more than a decade. The sense of pride she gets from being on a competitive dance team makes the seventh-grader walk tall down the halls of H.E. McCracken Middle School. And when she’s dancing, the pressures of school and friends fall away, because she’s completely focused on the music and her moves.

“As middle schooler, there is no better antidote to peer pressure than self-confidence,” said her mom, Michel Claudio.  “Especially for girls who take so much more to heart, self-confidence is their code of honor.”

When Sophia was younger she also tried gymnastics, but ballet, jazz and tap dancing found permanent places in her heart. At 10, she enrolled at the Bluffton School of Dance, where she now competes on a team, dancing solo and big production numbers at regional and national events, Michel said.

The sacrifice has demanded time, commitment and money. Michel estimated the family has spent upward of $10,000 a year on hotels, travel, food, costumes and fees. But “it’s worth every penny,” she said.

Both Michel and her daughter know Sophia’s not going to win a national title in dance. But it doesn’t really matter.

“I don’t think either one of us would say she’s an elite dancer,” she said. “She works very, very hard and is always trying to improve. … What she’s getting out of this is so far beyond dance technique. It’s a long list: personal responsibility, the importance of working hard, how to recover from disappointment, take and understand that criticism is a good thing.” 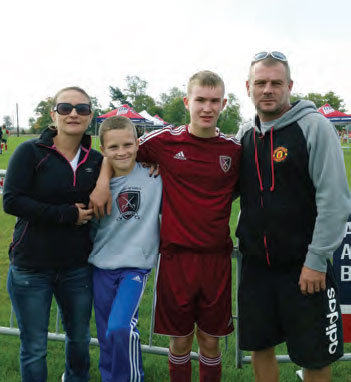 The growth in private club sports has undeniably helped the most talented young athletes. Some kids thrive off intense competition, and the best players receive an unprecedented level of coaching and training. Bluffton’s Marco Filous, 15, is one of these. Now in his second year at Shattuck-St. Mary’s boarding school in Faribault, Minnesota, he earned a scholarship after being scouted while playing elite travel-league soccer in Columbia.

It’s an opportunity he wouldn’t have had if his family hadn’t supported him. The biggest sacrifice — more than time or money — was watching Marco leave home at such a young age.

“For a mother it can be hard, but I can’t be selfish about his future,” said his mom, Gabriela Cicha. “He wants to be on top, trying out for the national team.”

From the time Marco was very young and playing in a community league, his love for soccer, natural ability and willingness to practice hard was apparent. His rapid ascent as a midfielder began when he was on Bluffton travel team Strikers. He was then chosen for a high-ranking soccer team in Columbia, and spent a year driving up from Bluffton with his parents for practices and games. There were highs — playing in the U-14 national championship in Texas as an eighth-grader — and lows — getting home at 11:30 p.m. and having to wake up at 6 a.m. for school.

“It was very hard for our family,” Gabriela said. “But he was very happy and worked very hard.”

Marco dreams of a college scholarship and then playing for the pros, and his parents are crossing their fingers that his dreams come true.