“By land or by sea, nobody’s faster than me.”

The winner of this summer’s first Atlantic Community Bank Beach Bum Triathlon, Jose Fuentes, could have said this if he’d wanted to, and it would have been true that brilliant Saturday morning when he crossed the finish line first. But Fuentes, a Hilton Head attorney and long-time triathlete, isn’t a braggart, and besides—the Beach Bum triathlons sponsored by Go Tri Sports are just for fun.  The carved and painted coconut monkeys in rows on a table near the finish line prove it. They’re the trophies.

Racers gathered at Coligny Beach Park and began with a 500-meter ocean swim parallel to shore. On the morning Fuentes won, the sea was calm and the current favored the swimmers. Volunteers in rescue kayaks and on paddle boards bobbed just beyond three large buoys that marked the course. In this event, which isn’t sanctioned by USAT, grabbing on to a kayak to take a rest doesn’t disqualify a racer.

After the swim, participants jumped on their bikes—if they were competing as individuals—or tagged a teammate if they were part of a relay. Some wore helmets and furiously pedalled racing bikes. Others chose mountain bikes or fat-tired beach cruisers for the six-mile ride on hard-packed sand. No matter what type of bike came whizzing by, the spectators cheered.

Sprinting north on the beach, the runners turned around at the 1.5-mile mark and headed for home. Ocean breezes ruffled the colorful finish line flags in front of the Holiday Inn, and Alfred Olivetti, owner of Go Tri Sports, shouted encouragement to each runner.

“First overall! First woman! First barefoot runner! First relay!” he boomed as each one came in. All looked tired. All were grinning.

Runners and bikes can be any age, but only people ages 15 and up can swim in the Beach Bum Triathlons. Some teens and tweens participate in in relay teams with their parents, but kids also have their own triathlon on Hilton Head Island.

Young athletes ages 4-14 can complete on July 9 at the TD Bank Kids Triathlon at the Hilton Head Island Recreation Center. Go Tri Sports has made adjustments to the event to accommodate the construction going there.  Ages 4-6 swim one lap of the pool, bike .5 mile and run .33 mile. Ages 7-10 swim three laps, bike two miles and run one mile. Children ages 11-14 are challenged to swim five laps, bike three miles and run 1.5 miles. Helmets are required. Lifeguards watch over the swim, and trained volunteers hang out in the water along the swim lane to assist swimmers if needed. Swim fins, snorkels and even water wings are allowed. The organizers say they hope the kids who compete fall in love with the sport.

Ready for the next step?

Many Hilton Head Island triathletes participate in the Charleston Sprint Triathlon Series. The five-race Charleston series is held at James Island County Park and features a 600-yard freshwater swim, 12-mile bike ride, and 5K flat run. Each race includes hundreds of athletes from around the U.S. More than 30,000 people have raced this series over the years. Athletes aren’t required to participate in all five races but must be at least 12 years old to enter. Participants are divided into the following categories: Open/Elite, Age Group and Masters, Clydesdale (men 220 pounds or greater under the age of 40), Masters Clydesdale (men 220 pounds or greater over the age of 40) and Athena (women 165 pounds or greater). The Charleston County Parks and Recreation Commission puts on these triathlons. 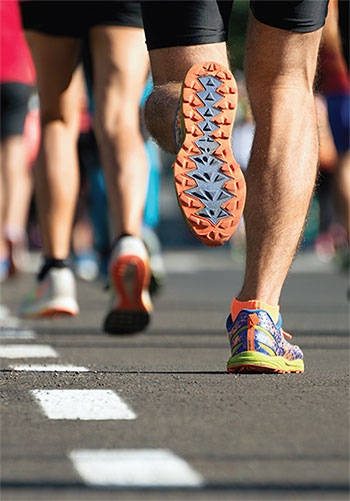