Hilton Head Island residents might get to see one of their own hitting the ice this fall with the Chicago Blackhawks, the 2015 winners of the Stanley Cup. 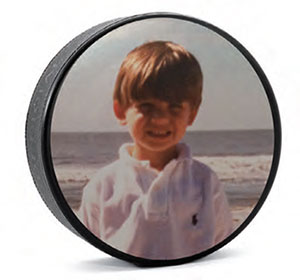 Ryan Hartman, who was born on Hilton Head, was drafted by the Hawks in 2013 and has been called up from their affiliate minor league team, the Rockford IceHogs, for eight games during the past two seasons — including during the Stanley Cup playoffs. Now, he’s working hard to make the NHL team’s full-time roster for the 2016-17 season. This year, more spots than ever have opened up on team, and Hartman sees this as his best opportunity to become a full-fledged Hawk.

Hartman was born on Hilton Head in 1994 and moved with his parents, Kim (Baldus) and Craig Hartman, two years later to the Chicago area. But he credits the island, where he spent almost every summer of his youth, with feeding the bulk of his childhood memories.

Now living in downtown Chicago, he still makes an effort to visit the Lowcountry for at least a couple of weeks to stay at the part-time home of his grandmother, Cathy Baldus, in Sea Pines.

Hartman took some time out of his busy training schedule Aug. 30 for a phone interview:

Question: What did it feel like when you first put on the Blackhawks uniform?

Answer: It was awesome — being a longtime fan and obviously an admirer of some of the players who have gone through there. During the draft, you get to put the jersey on. That was a pretty special moment for me and my family.

Q: What was it like when you first stepped out onto the ice to play for them?

A: Yeah, that was pretty nuts. Chicago’s known for [its performance of the] national anthem and how loud it gets. The fans cheer. It was one of those things where it kind of felt like your jersey was falling off, it was so loud. Everything was shaking. It was pretty crazy.

Q: You weren’t on the ice long before you had a “little bump” with one of the other players. (Twenty seconds into his debut with the Hawks in February 2015, he hit veteran New Jersey Devils forward Dainius Zubrus while chasing a loose puck. The blow knocked Zubrus’ helmet off, and Hartman nabbed the puck.)

A: I jumped out there and there was a big hit opportunity to be made, and I kind of got lucky, because a lot of times the game’s so fast there’s usually not an opportunity to make plays like that. It happened to work out nicely.

Q: I looked at the video and Zubrus seemed a little stunned. That’s pretty unusual for a rookie to go out there and do that, isn’t it?

A: Yeah, that’s kind of my style of play. I’m gritty, and that’s what they were expecting of me. So that’s my job to go out there and do that.

Q: How often do you come down to Hilton Head?

A: I was born down there. I’ve been down there every single summer. I think I’ve only missed one Fourth of July since I was 1, like two or three years ago. That was almost my childhood, because during the year, it’s school and then hockey. So the majority of my childhood memories are from Hilton Head.

Q: What do you like to do when you’re down here?

A: I do everything. I’m a big golfer. Hockey and golf correspond pretty well. I do a lot of fishing. I worked on a fishing boat down there for a while. When I was real young, we used to go collect golf balls on the golf course and sell them to Walgreens.

Q: What made you decide on hockey as your sport?

A: It was really between hockey and baseball. Honestly, I chose hockey because they were expecting me to stay in Chicago to play baseball in the summers. And I was like, no, I’ve gotta go to Hilton Head. I need to go. So I stopped playing baseball and just stuck with hockey for the winters.

Q: So I guess we’ve got Hilton Head to thank for your hockey career? 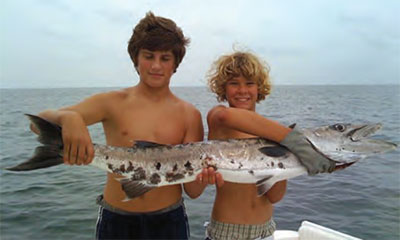 Q: Are there some highlights of your career that you’re most proud of?

A: Getting drafted obviously was one of them. It’s your lifetime goal. Being young, everyone dreams of playing in the NHL, but the chances of it are pretty slim.

And then I was called up for (Stanley Cup) playoffs in 2015. They call them black aces, which means we train and we get ready in case there’s an injury; we’re backups. And that was the year they won the cup, so I got a ring.

Q: Being on a team that’s won the Stanley Cup three times in the last six years, it’s got to be pretty intense competition to make the roster.

A: I got drafted the summer after they won the cup in 2013. A team like that has been so good for so many years, there were not many spots that were available the last couple of years for me to make. Now that there is, you’ve just got to take advantage of it. … You’ve got to try to make it while you can; otherwise, you’ll be looking back and there might not be another chance.

Q: When are you heading back down to Hilton Head?

A: I’m not sure yet. … It’s been tough with training and trying to get ready. I’m trying to dedicate this summer to working hard and being able to make the team. … I can’t really tell where things are going to take me, but I for sure want to get a place there. I don’t know if I can necessarily make that my home full time, but I definitely would like to at some point when I’m older.