Elite MLB players who are lucky enough to make it to Cooperstown, New York, after they retire are in their 40s, 50s or even older. For 11 talented ballplayers from Hilton Head Island and Bluffton, their first first journey to this historical baseball village will come later this summer at the ripe old age of 12.

The Hilton Head Hurricanes will be playing ball in their own version of “Field of Dreams” when they take the field at Cooperstown Dreams Park for weeklong action along with about 100 other 12-under teams from around the country. The players and coaches will be hunkering down in barracks on-site, practicing every day and playing at least two games daily leading up to a single-elimination tournament. 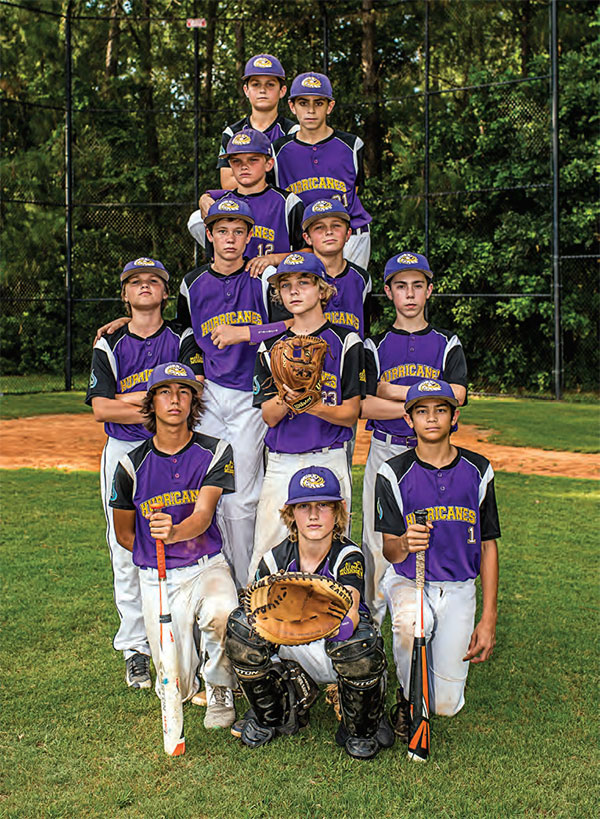 “They promote it as the greatest baseball tournament ever,” said coach Bryan Philpot, whose son Jackson recently hit three home runs in a tournament game for the Hurricanes. “Cooperstown is the culmination for these kids and their youth baseball. You’re living a baseball life.”

These boys have been living the baseball life as a group ever since swinging for the fences in T-ball at age 6.

“I think it’s chemistry,” Philpot said. “They love each other and have so much fun.” 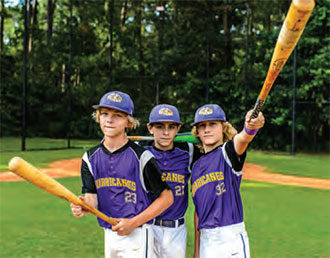 Team manager Bill Keen agreed. “They work very well together, they like each other, and it shows in their performance,” he said.

Keen, who runs the Batters Box instructional and training facility on Hilton Head, has been coaching for more than 30 years and led his Dixie Boys 13-U and 14-U teams to state championships in 2013 and 2014.

“This team is better than the one that won back-to-back championships when they were 12,” Keen said. “We had four to five very good players, whereas this team, throughout our lineup, I can stick 10 kids out there and not miss a beat. This team is well-rounded and can play multiple positions. We’re also five to six deep in pitching. There’s a lot of talent on this team … and they’re smart.” 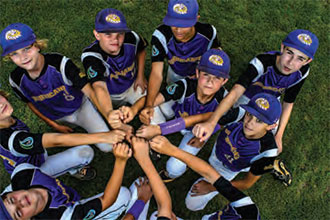 The team practices year-round and began its 2016 season in local recreational and regional tournament play in February. The team also will play a handful of games in the fall after the Cooperstown experience. In many ways, the Hurricanes are always the team to beat, which few opposing teams manage to do.

As of mid-June, the Hurricanes sported a 29-2 record, and were reclassified twice, starting out the season at the AA level, then being promoted to AAA and reaching the Majors recently. At the AAA level, the team sported a 9-0 record and won a tournament. In the past six months, Keen said, the Hurricanes were twice ranked No. 1 nationally in their competitive category.

“We scored more runs per game than any other team in the United States,” Philpot said.

It’s no wonder. The team’s batting average recently was .540, and one Hurricane clobbered a home run that sailed 300 feet over the fence before landing across a street near the ballpark. In a later at-bat in the same game, he muscled a 270-footer out of the park. 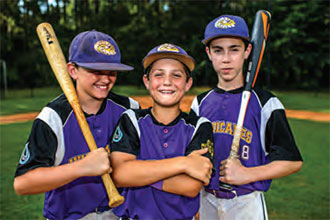 The Hurricanes are deep in pitching, stellar on defense and explosive on offense throughout the lineup card.

“There’s no one standout player on the team,” Philpot said. “That makes us unique. You’re going to have to pitch to every one of our guys.”

While their kids take care of business on the field, Keen, Philpot and coach Steve Ratzer, a former Major Leaguer who handles the pitching staff for the Hurricanes, are “always trying to stay one step ahead of the other coaching staff,” Keen said. “To me, baseball is a thinking man’s game, staying ahead and anticipating the right play in the right situation.”

Philpot credits Keen and Ratzer for keeping the players prepared, focused, competitive and well-trained, thanks to hours of practice.

“They’re the baseball guys,” said Philpot, who coaches first base on game days. “I’m a dad and just kind of help out.”

With considerable tournament experience already on their resume — including runner-up finishes last year at the global world series championship in Myrtle Beach and as 8-year-olds in the Dixie Youth World Series in Alabama — the Hurricanes are striving for lofty achievements in Cooperstown, their final tournament of the year.

The team has been conducting fundraisers all season long, with help from Kroger, Brown Golf Management, businesses large and small, and individual donations. Some players will be flying and others will be driving to their upstate New York destination.

“It’s a very expensive undertaking,” Philpot said. “We’re not too proud to accept a donation from anyone.”

Don’t be surprised if 30 years from now, pictures of one or two of today’s Hurricanes are mounted alongside the 250 athletes already enshrined at the National Baseball Hall of Fame. In the meanwhile, play ball!