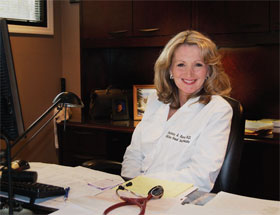 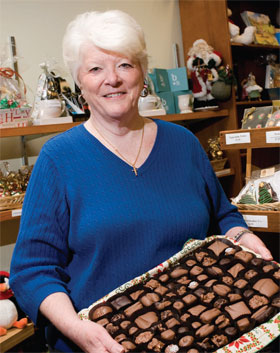 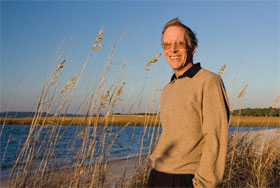 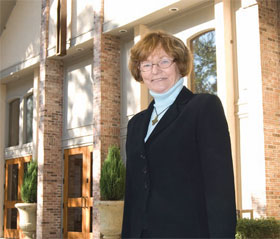 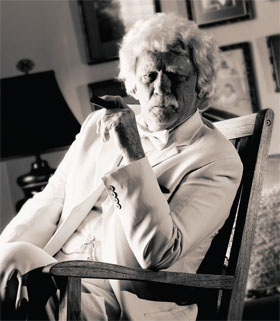 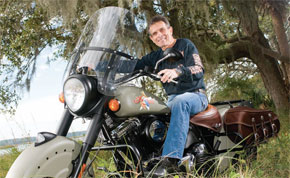 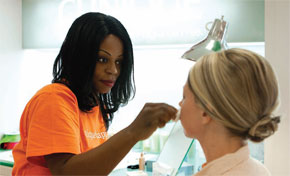 Lisa Riley never planned to sell cosmetics. She was a sales associate in the children’s department at Belk in The Mall at Shelter Cove when a manager requested (or, more accurately, instructed) that she move to the Clinique counter. Riley admits to not liking the job at first — she had never worn make-up — but she soon realized there was more to the job than helping women choose between matte and glossy lipstick. “I realized that I was making people happy,” she says. “I wasn’t just selling make-up. I was listening to women, hearing their stories and helping them feel secure and beautiful.”

Riley says she realized she had a gift for pairing people with products when a mom and daughter approached her looking for a single item and ended up leaving completely made-over. And those are just two of more than a thousand clients — including some from as far away as California, Virginia and Michigan — who now ask for Riley by name. 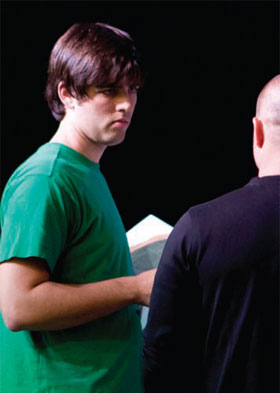 With his youthful demeanor and Justin Bieber haircut, 24-year-old Ben Wolfe could easily pass for a Hilton Head Preparatory School student, instead of its performing arts director.

A veteran performer in his native Georgia since age 5, Wolfe was hired in 2009, fresh out of Armstrong Atlantic State University.

“I almost took the same job at a school in Tampa,” he says. “But I’d worked at the Arts Center here, and theater is about who you know and have good relationships with,” he says. “I didn’t know anybody in Tampa.” 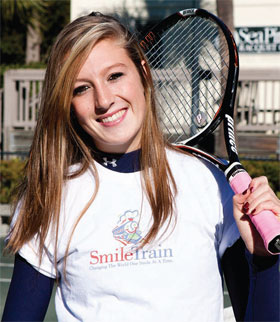 Lindsay Burke knows she’s fortunate. Her bright smile no longer shows any trace of the cleft palate that she was born with. But rather than forget about the past, she’s driven by a need to help others born with the condition.

Lindsay, a senior and avid tennis player at Hilton Head Island High School, is an active fundraiser for the Smile Train foundation, a global charity that helps teach local doctors and provides free surgeries to children in 78 of the world’s poorest countries born with cleft lips or palates.

“I decided to combine two of the things most important to me — my tennis and helping Smile Train — and came up with the idea of holding a tennis exhibition at my home club in Spanish Wells to raise money,” she explains.

Many kids dream of joining the circus, but Suzette Springer actually did it. In the 1980s, she performed with Cirque du Soleil as a contortionist and served as a member of the Big Apple Circus.

“It was a time for learning how to approach not just the arts, but life,” she says. “No complaining, no whining — just incredible amounts of practice and absolute devotion to your goals.”

Springer began dancing when she was 10; by the time she reached high school she was studying for half her days and dancing the rest. A prosperous professional career in dance and teaching followed; now she’s about to fulfill her longtime dream of teaching at her own studio.