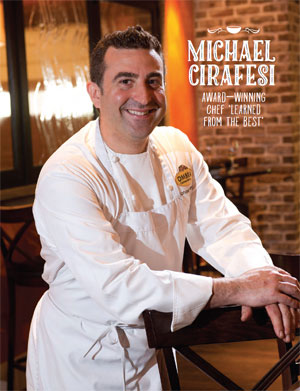 Seemingly wielding a super-powered spatula, chef Michael Cirafesi has the magic ability to transport you to Italy. Maybe it’s his award-winning restaurant Ombra, which feeds not just our bellies but also our souls with Italian-inspired cuisine. Maybe it’s his Italian mannerisms and inflection-rich pronunciation of menu items like “insalata di pesche e Gorgonzola.” Or, more likely, maybe it’s his bone-marrow deep appreciation for cooking his ancestors’ classic dishes with innovative twists.

“I love food. Aside from my wife and children, I love food more than anything,” Cirafesi said. “From the dirt to the table, I love the shapes, the colors, the seasons, the varieties of food. My house is adorned with fruit and vegetable art. I couldn’t do anything else but this job.” 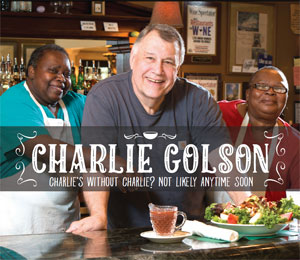 In theory, Charles Golson could retire as proprietor of Charlie’s L’etoile Verte (French for green star).

Daughter Margaret aptly manages the day-to-day operations. Son Palmer oversees the kitchen. The 32-year-old restaurant is an island landmark for lunch or dinner and has earned national and international accolades. Hundreds of diners rave about it on Urbanspoon and TripAdvisor and reservations are a necessity in season.

But it’s hard to see when the theory of retirement might ever become reality.

Golson is having way too much fun. 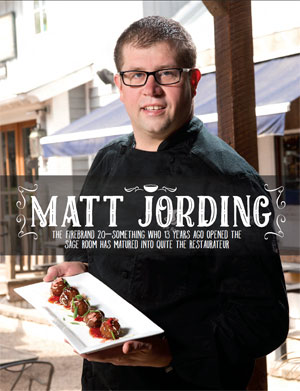 When Matt Jording opened the Sage Room, he was just 23 years old, unsure about how well his new venture would do but daring enough to follow his entrepreneurial vision.

Hindsight being 20/20, we can of course look at the history of The Sage Room as an unequaled success story, a fine-dining restaurant with a fun, casual atmosphere that mimics Hilton Head Island’s own sophisticated yet laid-back vibe.

But back then, Jording wasn’t as confident. After all, he was coming off a seven-year stint at Santa Fe Cafe, and before that he was in high school. The Sage Room was just the second job he’d ever had. 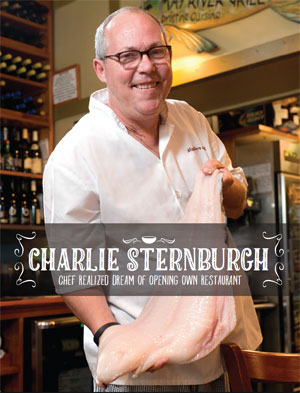 Charlie Sternburgh, executive chef and owner of May River Grill in Bluffton, is sort of like an Army private who rose to the rank of general.

Sternburgh, a native of Muskegon, Michigan, moved to the Lowcountry in 1983 and worked as a server at Ed Murray’s restaurant on Hilton Head Island.

He said Murray served as his mentor and teacher, teaching him every aspect of the restaurant industry, from serving to managing. 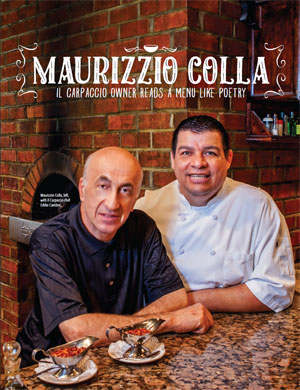 You can have the “fish special” or, as Maurizzio Colla of Il Carpaccio says in his Italian brogue, you can have “the fresh Atlantic salmon, simply prepared with extra-virgin olive oil, lemon and garlic, in a parsley butter sauce garnished with a cinch of basil and paired elegantly with a pinot grigio.”

For Colla, describing the menu to his patrons is “like reciting poetry or reading an excerpt from a good book.” To him, food service “is not about delivering plates but providing a culinary experience.” 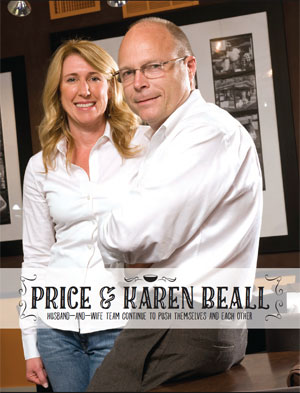 When it comes to culinary expertise, Price and Karen Beall don’t have fancy degrees or impressive apprenticeships under their aprons.

“Neither of us are trained chefs,” says Karen Beall, who met Price in 1984. “Both of our families are filled with great cooks, so we learned so much from them. We love cooking and entertaining with and for our family and friends.”

Apparently the Bealls consider all of Hilton Head and Bluffton friends and family, as their pair of restaurants — Truffles Café and Chow Daddy’s — are among the most popular establishments in the area.

“Price always knew that he wanted to be in the restaurant business. He started working in restaurants when he was 15,” Karen Beall says. “His family has always been involved in the hospitality industry.” 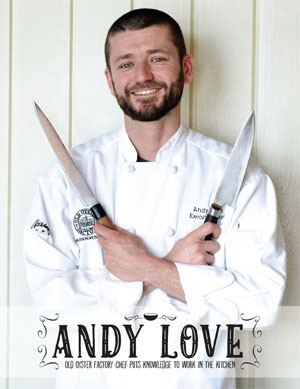 Andy Love got a jump on today’s “farm-to-table” crazy as a young boy.

"My grandparents lived on a farm in Missouri, where my grandfather practiced veterinary medicine, raised cattle, bottled fresh milk and had a big garden,” he said. “I spent my summers and holidays there, where the vegetables came right off the farm and into my grandmother’s kitchen.”

Little did he know that these childhood experiences would ultimately shape his life and career. A graduate of the New England Culinary Institute, Love has been the executive chef at The Old Oyster Factory on Hilton Head Island since 2011. This year, the restaurant enters its second quarter-century of serving the freshest seafood in the Lowcountry. 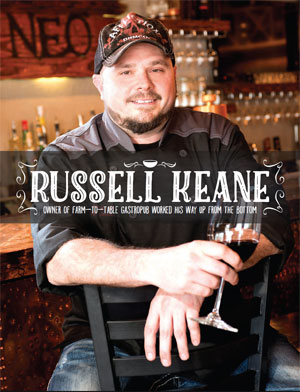 Russell Keane, executive chef and owner of Neo restaurant at Moss Creek Village, has been developing his epicurean skills since he was a young boy, when he and his military family lived in Germany and in various cities around the United States

Keane, a graduate of Johnson & Wales University in Charleston and longtime contributor to the Hilton Head Island culinary scene, got an early taste of kitchen life when his mother him to work at the age of 13 in the restaurant where she worked as a staff accountant.

He started peeling shrimp and shucking oysters in the fish market of Bowden’s Seafood in Tulsa, Oklahoma, and worked his way into the kitchen of the main restaurant.

“When I was in fourth or fifth grade in Chicago and kids would have bake sales, I did deli sandwiches. ‘Come get your hot ham and cheese.’ I’ve always loved food and beverage," Paulmeier said. 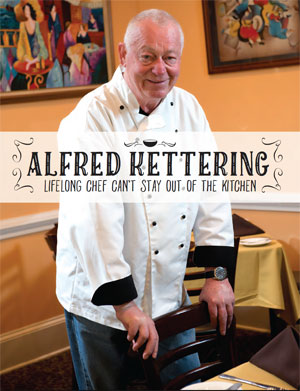 It didn’t take much for chef Alfred Kettering to come out of culinary retirement.

“I retired but got bored,” said Kettering, currently the chef/owner at Alfred’s Restaurant, a charming, intimate German/Continental eatery outside of Palmetto Dunes that he opened in 2008.

After a decorated culinary career in Europe and the Lowcountry, Kettering had become an institution on the Hilton Head Island, the type of chef that locals and visitors tend to find wherever he may land. Over the years, Kettering has owned and helmed kitchens at several former island restaurants, including Maxwells, La Maisonette, Maxx and Jaxx.