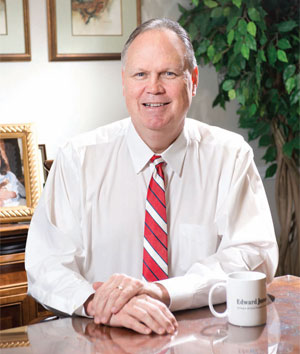 Bradley took some time recently to talk with Monthly about his candidacy.

Hilton Head Monthly: What made you decide to run for the S.C. House?
Jeff Bradley: People keep asking me, “Why are you doing this?” People fear the risk of being excoriated by press and it keeps people out of mix (in politics). I’m not perfect and I certainly had a fear of stepping forward. When it became clear that Andy wasn’t going to run, I thought maybe I can make a contribution here. Maybe I can affect some positive change. Right square in front of me was an opportunity to put up or shut up. So here I am.

I would like to use this opportunity to discuss personal responsibility with the good people of South Carolina. This is America, and it isn’t perfect, but there is no place on Earth where opportunities are greater than in this country. … You have to have personal drive and that can’t come from government.

HHM: How would you define yourself politically?
JB: I’m not a knee-jerk reactionary person. I’m more moderate. I’m a conservative who is willing to listen to ideas and make rational decisions predicated on the facts as they present themselves. I think the thing we have to do is reduce the scope and scale of government. ... If we educate the workforce, then people have jobs and the demand on government will decline. Whatever we do in Columbia or Washington needs to be focused on prosperity and education.

HHM: What do you think is the biggest issues you will face as a state representative?
JB: One is that Beaufort County is a donor county. Hilton Head Island is a donor town. There should be less money taken and more money brought back here. It should also be spent wiser.

HHM: Where do you stand on education?
JB: The state’s education budget is $8.7 billion. Throwing more money at it is not the answer. We need to look for better outcomes.

HHM: How about health care?
JB: I think Obamacare is an overreach in federalism and it becomes a states rights issue. It needs to be more freemarket driven.

HHM: The state budget?
JB: We spend $8.7 billion on education, $1 billion on Medicaid and more on infrastructure. I’m not sure about cutting those programs, but I do think there is a lot of fraud and abuse.

HHM: Environment and coastal zone management?
JB: We need to do more recycling, but that may best be done by free market. The impact of boating and fishing is huge and it’s something we need to protect. However, the quality of the environment relates to robustness of business.

HHM: Marijuana laws?
JB: I’m not an advocate of legalization.

HHM: Gov. Haley has recently said she intends to seek a federal waiver to institute a work requirement in three South Carolina counties under the SNAP (i.e,., the food stamp) program. Do you agree?
JB: I think that as a citizen in this country if one is down on their luck and they need help, I’m all for helping someone. But we do need to limit the benefits. If you’re in a long-term pattern of need, then education and government assistance should be available to help them as they move to bettering themselves.

HHM: South Carolina is one of just four states with no limitations on texting while driving. Your thoughts?
JB: It only makes good sense not to text and drive. The issue I have is, where is the line drawn with personal liberty and the greater good?

HHM: Who are your heroes?
JB: I’m an old softie when it comes to my children. My daughter is 19 and a wonderful human being and greatly loved. She is attending USC. Both of my boys are graduates of West Point. Both are combat veterans, and they’re captains in the U.S. Army. They have five tours of duty between them. But there are something like 2 million of them in this country, not just soldiers, but airmen, Marines, Coast Guardsmen and sailors. Those are my heroes.