Joni Vanderslice believes that when we travel, we bring a piece of the destinations and cultures we experience back home with us — an idea that has influenced both her life and her work.

When Vanderslice first came to Hilton Head Island, it was to work for Charles and Mary Fraser for what was supposed to be a single summer. She ended up staying. Eventually, she started J.Banks Design Group and did her first interior design project at Melrose Resort on Daufuskie Island. Business continued to grow over the next 30 years, and today she has clients all over the world. 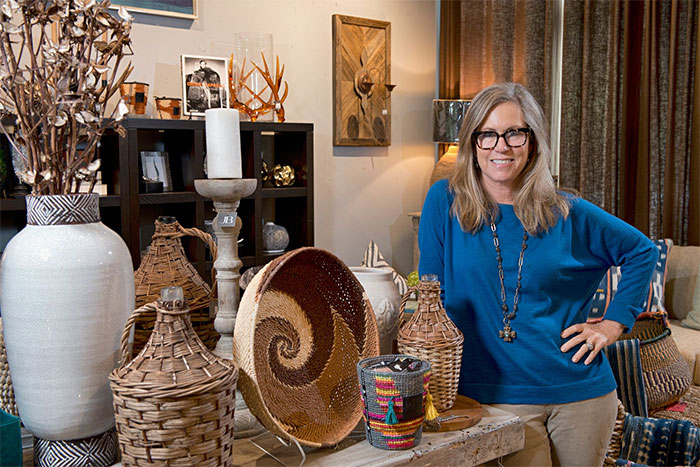 These clients keep her busy: At any given time, J. Banks has design projects going in up to 16 states and as many as three different countries. Her firm partners with companies to create and license products, including a fabric line and furniture line — and tile, rug, art and hospitality furniture lines in the works. Under Vanderslice’s direction, J. Banks Design has won numerous honors, and the company regularly is included in Interior Design magazine’s lists of Top 200 Interior Design Giants and Top 75 Hospitality Design Giants. Vanderslice also recently published a book featuring Southern, coastal interior designs from around the Lowcountry. 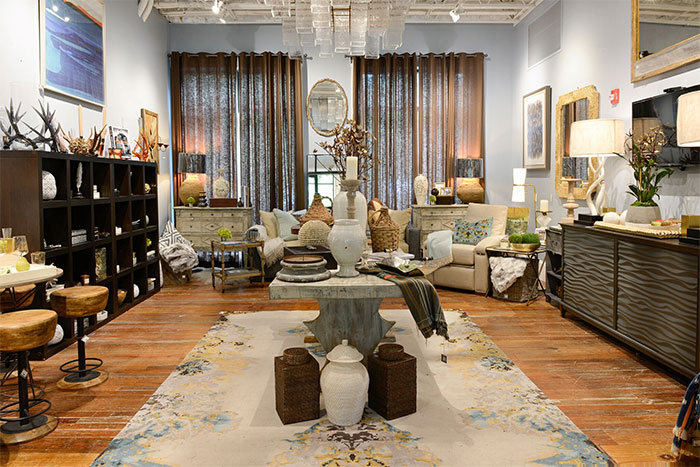 But her life isn’t all fancy furnishings and luxe textiles. Her husband, Dr. Richard Vanderslice, started going on medical mission trips with St. Luke’s Church several years ago and eventually convinced her to join him. Their work with the missions led them to Africa and Valentine Mokina, the former archdiocese of Tanzania and a local partner with the mission group. Because of their work with Mokina, the Vanderslices were offered land to build an orphanage — if they were interested.

HER LIFE ISN’T ALL FANCY FURNISHINGS AND LUXE TEXTILES.

The couple’s orphanage is currently home to 21 children ages 3 to 10, as well as full-time tutors, caregivers and a security team. The orphanage also includes a working farm. 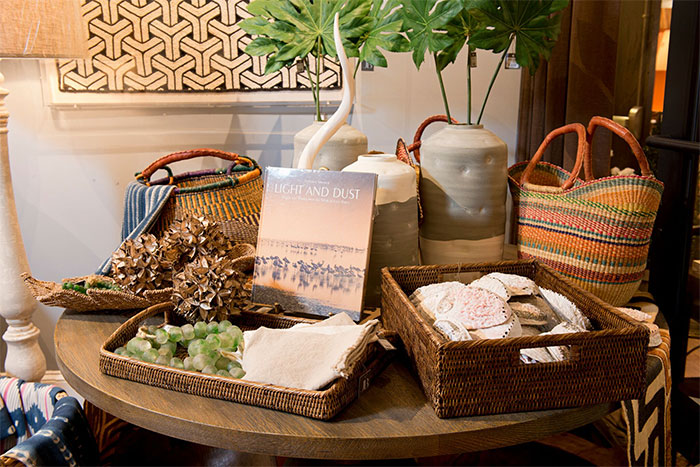 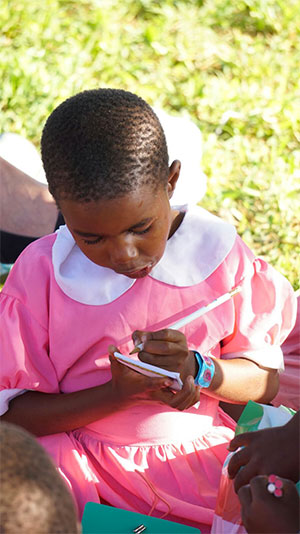 They were, and haven’t looked back.

According to the United Nations, there are more than 3 million orphans in Tanzania, thanks in part to high maternal death rates and cultural stigmas that lead unwed mothers to abandon their babies. Because orphanages in the country are not funded by the government, there often isn’t anywhere else for the children to go except overburdened relatives or the street. It’s a hard life for many of these youngsters.

“When these children came to us, you could see their wariness,” Joni Vanderslice said. Some of the kids had been living on the streets, some had problems with PTSD, some were sick, others were withdrawn. “Over the years, they’ve grown into happy members of society.” 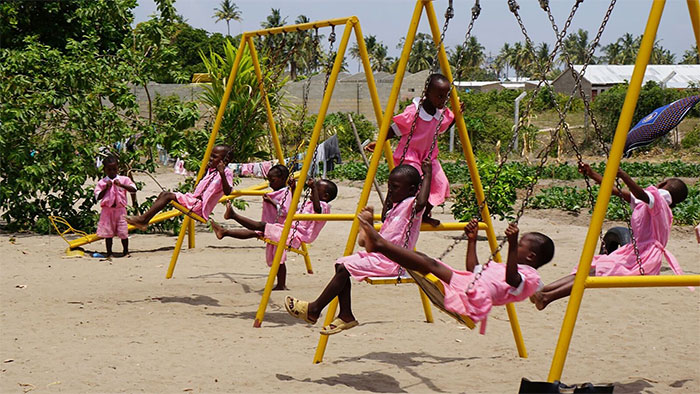 For Vanderslice and her family, the project has brought them together and given them greater purpose. The couple’s daughters, Sarah and Grace, visit the orphanage with their parents every year. Sarah is 19 and attends Sewanee: The University of the South, and Grace is 17 and graduated from Hilton Head Island High School in December.

“When we drive up, we can hear the kids chanting, ‘Sarah and Grace,’ ” Vanderslice said, adding that she and her family all have been shaped by their work. 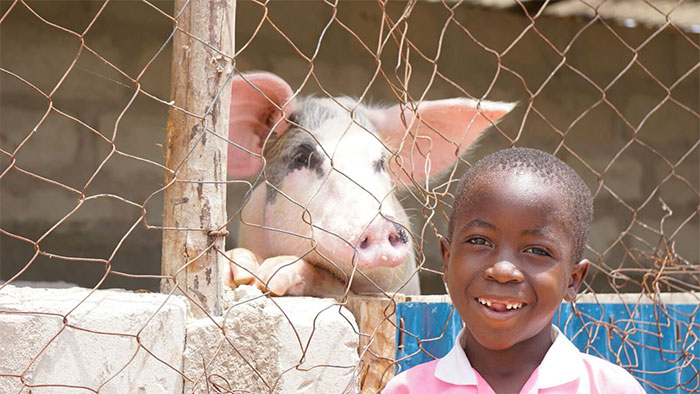 “When a child who was so withdrawn crawls into your lap, it touches your heart,” she said. “We’ve been more blessed than these children.”