Roots have a way of extending themselves over time and eventually rising to the surface.

Researching family genealogy and DNA testing have become very popular, and people are using a combination of DNA testing and online websites and apps to construct their family trees — and some have tracked down long-lost relatives in other countries and travelled to meet them. But the burning question is: Do I really want to know?

For many people who invest the patience, time and resources to find far-flung ancestors and living relatives, the answer is a resounding “Yes!” Knowing one’s family genealogy serves many purposes. Findings may not reveal royal relatives or notable ancestors, but can fill in generational gaps in the family tree.

“There are a variety of reasons why people want to research their family tree, the main one just being curious and finally having the time to do the research,” said Linda Piekut, executive director of The Heritage Library on Hilton Head Island. “But many actually want to understand their ethnicity.”

The mission of the library, which is celebrating its 20th anniversary this year, is to promote and preserve local history and the study of genealogy and theorizes. The staff and volunteers there help patrons do genealogy research.

“I think the main reason more people have taken up their research is that it is much easier with the growth of so many websites and so many more records available,” Piekut said. “Genealogy takes time. If you like to read mystery stories and try to solve them, you will like building your family tree one person at a time.”

Genealogy research used to mean poring over books and letters. Now, many websites offer free services, and some offer paid subscriptions for more advanced levels of research. However, Piekut said she constantly has to remind patrons and our volunteers that not everything is online. Some information can only be found in books.

The Heritage Library has an extensive collection of books categorized by state and country. The library is also an affiliate of the Family History Library in Salt Lake City, Utah, so patrons can order microfilm and have it sent to Hilton Head.

“The combination of research and DNA studies have helped people go further than they thought,” says Piekut.

That research has paid off for two local families who discovered their family ties to history. 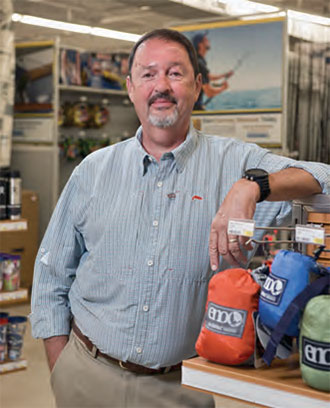 Tom McEwin lives in Bluffton and is the general manager of West Marine, a retailer of boating products and services. He’s also a descendent of Thomas Lynch Jr., a signer of the Declaration of Independence.

McEwin was born in Paris, Texas, attended Ball State University in Muncie, Indiana, and then enlisted in the Marine Corps. He retired in 1994 at the rank of captain.

Lynch was born on Aug. 5, 1749 at Hopsewee Plantation in Prince George Parish — now Georgetown — in coastal South Carolina. The estate still stands today and is open for tours. Lynch and his father, Thomas Lynch Sr., both served in the Continental Congress in Philadelphia.

“This genealogical revelation only came to light about 10 years ago,” McEwin said.

His maternal grandmother had mentioned a connection to the Lynch family, and with the launch of ancestry.com, McEwin’s family was able to do a dig deeper. They didn’t have the time to visit Georgia and South Carolina to do primary document research, but online research was easier. When the U.S. Census was digitized and made public, they were able to make additional connections.

The evidence showed that McEwin is a descendant of Thomas Lynch Jr., through a convoluted knot of connections, marriages and re-marriages. Thomas Lynch, Jr. died without descendants when both he and his wife were lost at sea. In his will he specified that to inherit his rice plantation, his beneficiaries would have to change their surname to Lynch, thus preserving the family line. McEwin believes he is actually descended from Lynch’s sisters' children.

“At any rate, I proudly claim him. Tenuous or not, he's my family,” McEwin said. “I try to do his name justice and speak it with respect and admiration. I encourage anyone to look into their past.”

Others who research their genealogy are surprised by ethnic identities different from what they thought. Concert pianist and composer Sanford Jones, who returns to Hilton Head every year to perform a popular concert as part of Providence Presbyterian Church’s music series, was investigating a family rumor when he took the genealogy plunge.

“I had heard from family members on my mother's side for years that we were descendants of the Powhatan tribe. Pocahontas, daughter of the Powhatan chief, married one of the English settlers, tobacco planter John Rolfe,” Jones said. “My daughter suggested that we verify that rumor because we weren't sure it was fact or fiction.”

It was a simple process: he ordered a kit online and followed the instructions for swabbing the inside of his mouth with an enclosed applicator. The applicator is inserted into a protective vial and then mailed back to the company. Jones received the results on line several weeks later. 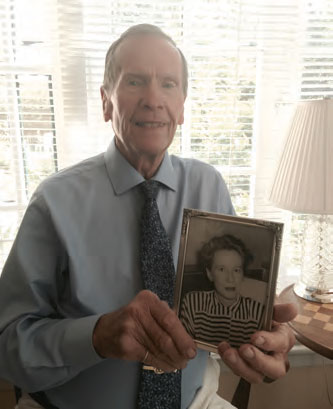 He found out that his genealogical roots are mostly Western and Northern European — with no mention of Native American heritage. According to the results, Jones is 98.8 percent European, but he was surprised to learn he’s also 1.2 percent indigenous Amazonian.

“My sister's DNA results indicated there was a strong probability of her being an early settler of Appalachia, which makes sense since we were born in southern Virginia,” he said. “I’m inclined to do further research to corroborate or deny the inclusion of Native American heritage.”

Some DNA testing companies, including the one Jones used, can help connect users with relatives using markers identified by the submitted DNA sample. But this type of offer may give pause to some.

“I was not opposed to doing it but honestly, I was hesitant,” Jones said. “I've read about reconciliations that work, ones that are surprising and ones that are difficult. I need to look at it again and think about whether I'd like to pursue that option.”

Interested in discovering your ancestry? Check out these popular genealogy websites:

Need some help tracing your roots? The Heritage Library at 852 William Hilton Parkway on Hilton Head Island offers classes and plenty of research to get you started. The library is open from 10 a.m. to 3 p.m. Monday, Tuesday, Thursday and Friday. For more information, call 843-686-6560 or go to www.heritagelib.org.