Some people are born with a thirst for adventure. John “Skip” Barber, a retired race car driver and grand marshal of this year's Savannah Speed Classic, part of the Hilton Head Island Motoring Festival & Concours d’Elegance, is definitely the adventurous type. The former Formula One driver has been interested in racing for as long as he can remember — long before he even got an up-close-and-personal look at a race car. Once that happened, Barber was hooked and channeled his enthusiasm for racing into successful careers as a professional driver and racing instructor. 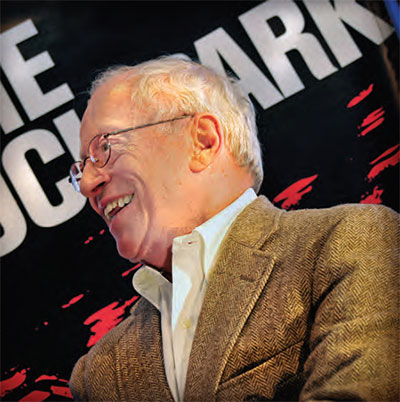 “I knew I wanted to race before I even saw a race car in person,” Barber said. “I snuck behind the wheel before I was of legal age to do so. When I did get my driver’s license, it just felt natural to me to want to go racing competitively.”

The first race in Barber’s racing career, which spanned several decades, came in 1959, when he was a senior at Harvard University. Barber's career took off and he accumulated a long line of impressive accomplishments, including winning three consecutive Sports Car Club of America national championships and the Formula Ford National Championships in 1969 and 1970.

“I set 30-some track records over my career, which is pretty satisfying,” he said.

Among Barber's favorite career highlights is the time he broke the record for a lap at Lime Rock Park in Connecticut, a record held at the time by his friend and fellow racer Sam Posey.

“Posey was the first to break the 1-minute barrier for a lap at Lime Rock Park,” Barber said. “He did that in a McLaren-Chevy M6 in July of 1967, with a time of :58.0. A month and a half later, I found myself also driving a McLaren-Chevy, but one with a smaller engine in it, and beat Sam’s record by 1.7 seconds. He and I are good friends, but I do like to point that out to him every now and again.”

In 1975, when a racing sponsorship fell apart at the last minute, Barber founded the Skip Barber Racing School, which signaled the end of his career as a professional race car driver and the beginning of a successful career as a racing instructor.

“I truly could teach almost anyone how to drive a race car — at the minimum, how to race competently and safely — and for those with real talent, it was great to help them launch their racing life,” he said. “I then found it very satisfying to run the business side of things — the finances, the extremely complicated logistics, the marketing. The school very quickly became my career.”

Through it all, Barber's love for racing has never waned. His favorite thing about the sport? The challenge of driving that elusive perfect lap.

“(My favorite thing about racing is) the absolute satisfaction of getting a lap correctly — which no one has ever done, by the way, any time or anywhere, but you can get close,” he said.

For more information on the Savannah Speed Classic, to be held Oct. 23-25 at The Westin Savannah Harbor Golf Resort & Spa, visit www.hhiconcours.com/events/savannah.html.

Savannah celebrates its heritage as the birthplace of Grand Prix racing with the Savannah Speed Classic, a unique racing event that features series races, enduros, hot lap rides and test drives, and offers a thrilling off-road experience and pit access. 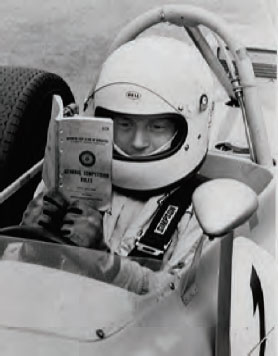 The 2015 Savannah Speed Classic also includes a new VIP hospitality tent that provides VIP ticket holders with an excellent view of the track and a mouthwatering preview of the upcoming Savannah Food & Wine Festival, showcasing the talents of Chef Steve Black and the culinary team at Aqua Star Seafood.

Festivalgoers can also take advantage of a new Food Truck Alley, which will feature fare from at least five local restaurants, including Lowcountry Rocks Lobster, Ragin Cajun and Molly MacPherson’s.