You need only glance at this month’s cover to gain an instant appreciation for the works of West Fraser. His understanding of the unmistakable colors of the Lowcountry, the way the salt air tinges the setting sun with vibrant strips of orange and pink, the way a tangle of Spanish moss gently eases the light to the ground in a spiderweb of shadows, comes from roots that run deep.

And you need only glance at the name to know where those roots come from. West Fraser, one of the premier plein air painters in the world, renowned for his subtle mastery of the art form, is a Fraser. Of the Hilton Head Frasers, that is to say the founders of Sea Pines and by extension the founding family of modern Hilton Head Island. 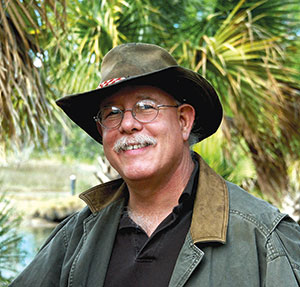 The younger Fraser came to the island in his youth, along with his father, Joe, who was charting the course of the island’s future. Hilton Head was wild in those days, all dirt roads and unspoiled coastline. The hotels, shops and restaurants were all still a best-case scenario in a master plan that hadn’t been drafted yet. Instead, Fraser found himself on an island whose pristine wilderness would inform the art that would gain him fame.

“We would just disappear into the woods around Sea Pines. You could go for miles without seeing any sign of man,” he said. “I remember driving along the dirt road that led to what’s now the entrance to Sea Pines, and deer were just hopping over the car as we went.”

As much inspiration as the unspoiled wilderness of an undeveloped island provided, Fraser has never been known to stay in one place for long. A self-described “inveterate traveler,” Fraser was soon off to see the world. And not just see it, but capture it. 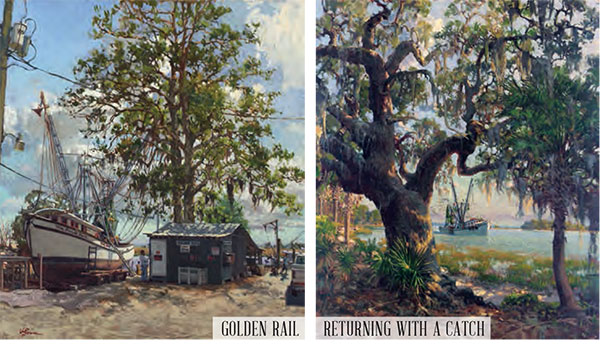 “When I paint, I try not to just portray how a place appears, but to convey something about how it resonates with me,” he said. “I’ll capture one detail here, I’ll work in the way a certain hilltop appears there ... it’s never just a literal translation.”

Throughout Europe, Central America and the Caribbean, he followed his muse, creating breathtaking portraits as he went. His work garnered him endless acclaim: the John Young Hunter Award from Allied Artists of America in New York City, the Award of Excellence from Mystic International, The Mary S. Litt Award from The American Watercolor Society, the Pursuit of Excellence/American Master award from the Hubbard Museum of Art in New Mexico, and the Edgar Payne Gold Medal from the California Art Club’s 100th Gold Medal Exhibition, to name a few. He’s had solo exhibitions around the country, and you’ll even find his work in the permanent collection at the White House Historical Association.

But despite all the wonders he discovered and coaxed into breathtaking works of art around the world, the pull of the Southeast was always there to call him home. He returned to South Carolina to live in Charleston, publishing his first book of paintings, “Charleston in My Time: The Paintings of West Fraser,” in 2001.

The world has its wonders, but one glance at our cover, at the loving attention to detail paid to that inimitable splendor of the Lowcountry, and you’ll understand why West Fraser couldn’t ignore the siren song of the Southeast coast.