As you walk along Hilton Head Island’s beaches, do you ever pause to consider the grains of sand beneath your feet, how they were formed and how they might look up close? Be honest, have you ever seen these quintillions of tiny grains as anything but sand, there to bury your toes in and shake out of your hair at the end of the day? 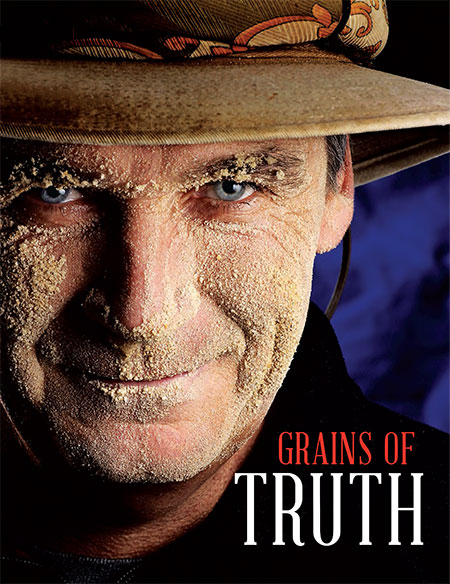 John Gowdy has, and where we see nothing but a spit of beach gently giving way to the tides, he sees art. In his eyes, and under the care of his steady hand, these grains of sand rise up into an endless array of inspired creations, from intricately detailed castles to beautifully rendered freestanding sculptures.

Gowdy is a world-class sand sculptor, with accolades from every competition around the world to his credit (not to mention the excellent sand-sculpting nickname “The East Coast Cowboy”). And for his money, there’s no sand like Hilton Head Island sand.

“It’s some of the best natural beach sand in the world,” he said. “And I’ve been around the block. I must have 300 samples of sand from around the world.”

A self-described sandologist, Gowdy’s take on our sands is intriguing. Hilton Head Island sand, you see, holds a unique shape due to our proximity to the Port Royal Sound. The many rivers that feed the sound also produce what Gowdy calls “fresh” sand, which hasn’t been worn to a smooth texture by the ocean tides. These wedge-shaped pieces simply hold together better.

He describes it in terms of ionic bonds, viscosity and surface area, as befits a sandologist, but the long and short of it is our sharp little grains of sand allow Gowdy to build some monumental creations. 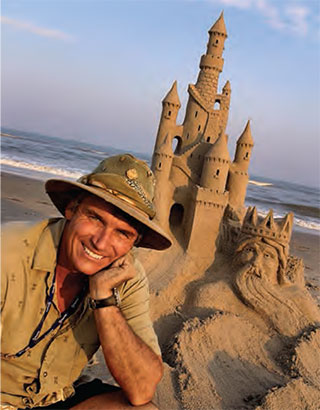 Growing up in Atlantic City, where he retired from a 27-year career with the fire department, Gowdy was surrounded by this unique form of art. Going back to the 19th century, the boardwalk was the birthplace of sand sculpting, as artists would draw massive crowds out of the casinos to see living art coaxed from the beach.

Surrounded by this history, Gowdy developed his interest in sand sculpting even while serving in the fire department, turning his hobby into a passion that would take him around the world to different competitions.

“I have three kids and it started as a way to keep them occupied on the beach. Then, we formed a team called the Rowdy Gowdys and started competing in amateur competitions.”

His creations in those competitions caught the eye of sculptors on the national level, garnering him an invitation to the Sand Sculpting Championship in Fort Myers Beach, Florida, where he placed second in his first year. 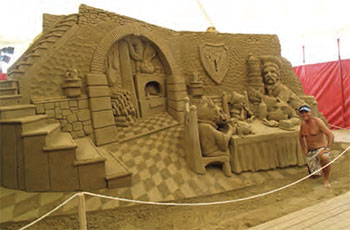 “I didn’t know there were professional sand-sculpting championships until I got down there,” he said.

After his strong showing in the competition, Gowdy was hooked. He formed a business and “went international,” as he puts it, all while serving with the fire department until his retirement in 2006.

Eventually, Gowdy organized two World Cups of Sand Sculpting, held in Atlantic City. Various factors have ended those championships, but Gowdy said they could resume right here on Hilton Head, where he spends part of his summers wowing guests at the Hilton Head Marriott Resort & Spa with his breathtaking sand creations as well as his high-voltage “Flying Colors” painting installations.

“Hilton Head would be a great place to have a professional contest with the sand you have there. Just a thought,” he said.

A world-class competition that could serve as a huge tourist draw? And here you thought it was just sand.