If you see Hannah Joy Brown while you’re out and about in Bluffton, make sure you stop and say hi. She’ll be easy to spot — she’ll be the one in the sash and crown. And even if she’s not out in her official capacity as Miss Teen Bluffton, you’ll know her by her infectious smile and boundless enthusiasm.

So take a minute and say hello. It’s one of her favorite things about life in Bluffton.

“The best thing about living in Bluffton for me is being able to go downtown and know pretty much everyone I come across,” she said. “It’s just a big community and a big family, and it’s been amazing getting to know everyone.” 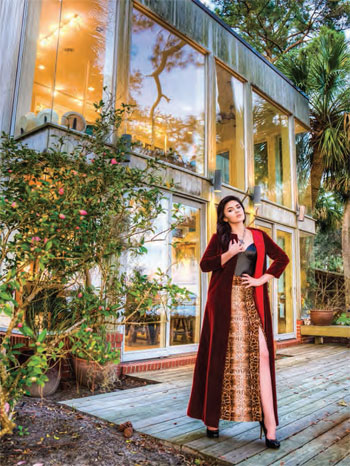 It’s a valid point, and a great way of looking at a town that, despite massive growth in the last few years, still feels like the picturesque town where everyone knows everyone. That Brown recognizes this at such a young age is a big part of why Bluffton should be proud to have her representing us.

It’s a fantastic town full of amazing people. And as it happens, Brown wrote a song about it.

“My guitar teacher (J. Howard Duff) and I were thinking that everyone we know, and ourselves, we love living in Bluffton. It’s a great town. We figured we might as well write a song about it just to show our affection for the town,” she said.

The song, “Bluffton Real,” features local guitar guru Duff (“He’s literally my favorite person,” Brown said) and serves as fitting love letter to the town of Bluffton. Beyond “Bluffton Real,” Brown has demonstrated her musical chops on the album “Breathe In,” which is available for purchase on iTunes and streaming on Spotify.

But as much fun as Brown is having wearing the crown and representing the town she loves, she understands the responsibility that comes with being Miss Teen Bluffton.

The sash and crown represent an excellent bully pulpit for raising awareness, and Brown is using her position to support what she refers to as the “sun-safe life.”

“The sun-safe life is all about skin protection and protecting yourself from UV radiation. My grandfather died of skin cancer when I was in third grade. A couple of other family members have had skin cancer, so it runs in my family,” Brown said. “I’m very pale as is, so I’m very serious about sunblock, long sleeve shirts and hats.”

To help spread the word about the sun safety, Brown partnered with Lux — A Medical Spa to distribute sunblock at her public appearances. 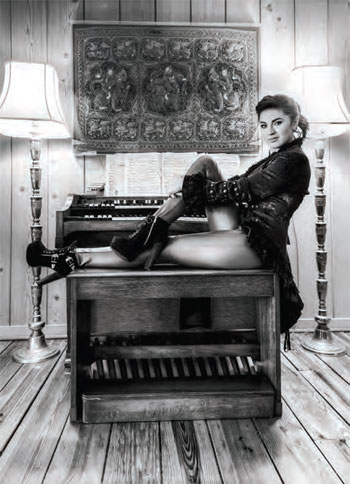 “Skin cancer is one of the most rampant cancers in the world,” Brown said. “Everyone can get it. People don’t always realize that, so they don’t always protect their skin.”

At press time, Brown was readying for her appearance at the Miss Teen South Carolina pageant in Columbia, where she will represent Bluffton on a statewide stage.

“There are probably 64 girls competing from around the state,” Brown said of the competition, to be held June 20-27. “It’s a little nerve-wracking, but it’s exciting at the same time.”

While the results of the pageant were unknown at press time, rest assured Brown represented Bluffton the only way she knows how — by keeping it Bluffton real.