Lili Coleman plans to retire from her position as executive director of Second Helpings on Nov. 15. She has led Second Helpings for four years. In 2018 Second Helpings was named the PGA Charity of the Year. In 2019 Coleman established the first K-12 school food rescue program on Hilton Head Island, in which students rescue cafeteria food to benefit after-school and senior programs.

“I have enjoyed a unique opportunity to grow Second Helpings with the help of over 300 volunteers, a dedicated group of food donors and agency partners, and an amazing board of directors,” said Coleman. “I am very proud of our mission and the number of families who receive food as a result of the efforts of all those involved.”

Hernan Olvera-Guerrero, RDH, has joined ROC Dental Group as its newest hygienist. Olvera-Guerrero is bilingual, which helps the practice to better serve its Spanish-speaking patients.

Brian Itzkowitz was named new chief executive officer of Palmetto Goodwill and its affiliate, Palmetto Goodwill Services. His tenure begins Oct. 25. Itzkowitz serves as the chief member advancement officer at Goodwill Industries International (GII), a network of 156 local nonprofit Goodwill organizations across the United States and Canada. Itzkowitz has earned the GII Advocacy Leader Award and been named the Arkansas Business Nonprofit Executive of the Year. He holds a bachelor’s degree from the University of Miami in international finance and marketing.

John DuPont III has been named new chairman of the board at nonprofit NAMI Lowcountry. DuPont has 20 years of experience in the U.S. Army and 17 years in the Special Forces community. He served more than a decade in Central and South America, with extensive participation in the Counter-Terror, Counter-Narcotics, and Combat Operations in Afghanistan and Colombia. DuPont is the director of operations at Strauss Global.

Michael Mizeur has been named president and chief operating officer of BlueCross BlueShield of South Carolina. In his role in the newly created position, Mizeur will be responsible for all operating areas including the BlueCross BlueShield Commercial Health Division, the Government Contracting Division, and all other corporate subsidiaries. Mizeur has a BBA from Western Michigan University and an MBA from Duke University.

Evanesce, a sustainable technology innovator, announced new operations in Hampton County. The $17 million investment will create 78 new jobs, according to Gov. Henry McMaster. Founded in 2016, Evanesce “designs, develops and manufactures sustainable packaging solutions” like trays, cups and bowls that are certified compostable, affordable and American made, a news release said. The facility in Early Branch can produce “millions of PLA certified compostable straws per day.”

Janaya Price has been named community relations director at Vineyard Bluffton, an assisted living and specialized memory care community. Price has more than 14 years of experience in senior healthcare. 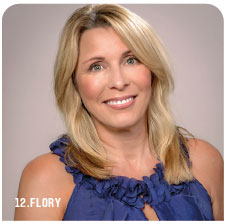 Cathy Flory has been hired as an Account Executive at Monthy magazine. Flory was with Monthly for 8 years before she retired but realized she missed the excitement of working in sales. Flory has more than 16 years of sales experience, including commercial and residential real estate, sales for a premier local builder and at Monthly.

VISIT US @ HILTONHEADMONTHLY.COM FOR MORE HAPPENINGS