Court Atkins Group has been awarded four prestigious 2018 AIA Awards from the American Institute of Architects. The firm won accolades from Hilton Head AIA chapter across six categories, including Honor Awards for a private transitional resort home in Moreland Village at Palmetto Bluff and, on the commercial side, for the state-of-the-art Lowcountry Kennel. The residential team earned AIA Merit awards for two projects: an expansive contemporary home in Barge Landing in Palmetto Bluff (pictured here) and conceptual plans for Longfields compound.

Coastal Carolina Hospital and Hilton Head Hospital have both received multiple 2018 Zero Harm accolades from the South Carolina Hospital Association. These awards celebrate hospitals that have had extended harm-free stretches in major surgical areas. The hospitals were also recognized for going months without a central line-associated blood stream infection or methicillin-resistent staphylococcus aureus.

Bluffton’s new business license ordinance went into effect in January. It aligns the town’s ordinance with neighboring municipalities, creating a more regionally consistent and streamlined process for businesses. The ordinance replaces more than 20 rate classes with an eight-rate class system, provides incentives for in-town businesses, provides discounts for startup businesses during the first few years in business and changes the annual license renewal deadline for business licenses to April 30 from April 15.

Corey B. McClimans is Parker’s new chief human resources officer and Jeremy Kanagy has joined the company as a region manager. He will lead the operations of 54 stores throughout southeast Georgia and coastal South Carolina.

The board of the South Carolina Department of Health and Environmental Control has named Richard Toomey as the new agency director. Gov. Henry McMaster nominated Toomey to fill the vacant DHEC seat in March. Previously, Toomey served as president and chief executive of Beaufort Memorial Hospital.

BLUFFTON TARGET TO GET A FACELIFT

The Bluffton Target at Kitties Crossing Shopping Center will undergo a renovation in the coming months. Plans have been approved to update the exterior stucco texture to wood-like paneling, repaint the metal roof and replace light fixtures. The store will remain open during construction. 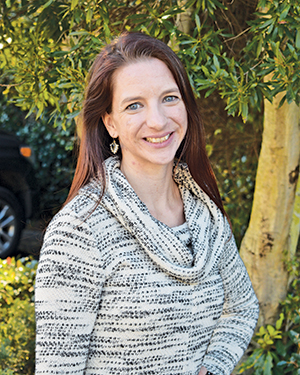 Karrie Corneau has joined Media & Marketing Team, a division of Frey Media, in the role of brand ambassador. Corneau has lived in the Lowcountry for the past 10 years. She received a bachelor’s degree in liberal studies from Endicott College in Massachusetts and a master’s degree in elementary education from Quinnipiac University in Connecticut. She is the owner of Move Fitness, a fitness and yoga studio in Bluffton.