The Moss Creek Club has recently welcomed Tom Logue as its new director of golf. Logue is a Class A member of the PGA with 18 years of experience, and has been with the Moss Creek Club since 2008. Prior to his promotion, he held the position of head golf professional. He has an associate degree in golf complex organizations and management, with an emphasis in golf management, from the Golf Academy of the South. Logue was selected by his peers as the 2012 and 2017 Hilton Head Island Chapter Golf Professional of the Year. He lives in Bluffton with his wife and two sons. 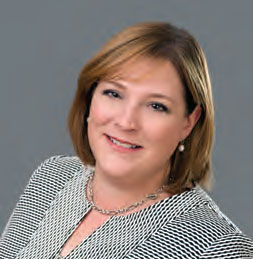 Tracy Molloy has been added to the BB&T Insurance Services sales staff as a personal lines family risk manager. She brings more than eight years of experience in the insurance industry to her new position. Molloy attended Maryland Institute College of Art & Design in Baltimore and currently lives in Bluffton with her husband.

The Don Ryan Center for Innovation won the 2017 Bluffton Regional Business Council Member of the Year Award. The award was announced by the Hilton Head Island-Bluffton Chamber of Commerce during its annual gala in January. Since 2012, the Don Ryan Center for Innovation has worked with 32 companies as part of its incubator program, while advising an additional 140 companies. DRCI Graduates employ more than 100 people in Beaufort County. Work on center’s new 3,000-square-foot facility is underway at Buckwalter Place and is expected to be completed next year. 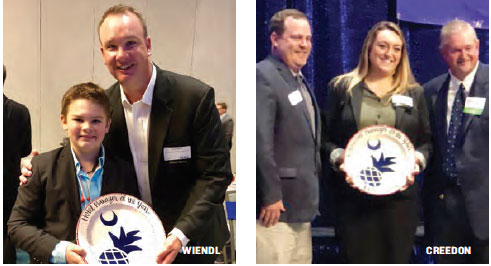 Wiendl has served as chairman of the Hilton Head Island-Bluffton Chamber of Commerce board of directors for the past three years. He also serves on the board of directors for Shipyard Plantation and the advisory boards for University of South Carolina Beaufort and the Technical College of the Lowcountry. Wiendl was instrumental in bringing ABC’s reality TV show “The Bachelorette” to Hilton Head last year, hosting the crew and cast for several weeks.

Creedon is responsible for training and developing staff in key positions within all restaurants at the Sonesta. Creedon has helped increase the food and beverage outlet operations’ revenue by $750,000 from 2016 to 2017; the resort’s restaurant service scores are also the highest within Sonesta.

Heidi Yoshida, CFP, has joined Oak Advisors as its client service advisor and certified financial planner. Her responsibilities include client relationship management, client service and financial planning. Previously, Yoshida has worked with Chatham Capital and Boys, Arnold & Company in similar roles. Yoshida has a bachelor’s degree in resource economics from Cornell University and a master’s degree in Japanese language from San Francisco State University. She worked as a translator and interpreter of Japanese and a teacher of ESL in Japan before entering the financial services industry. She has lived in Bluffton with her extended family for more than 20 years.

The Westin Hilton Head Island Resort & Spa has welcomed Steve French as the new Director of Sales and Marketing. French has more than 30 years of hotel experience, including roles overseeing regional sales teams, account management teams and, most recently, property sales teams. Previously, he led the operational teams at the Hyatt Hilton Head and Marriott Hilton Head. He has a bachelor’s degree in hotel management from Virginia Tech and holds a CASE designation with the Professional Convention Management Association. 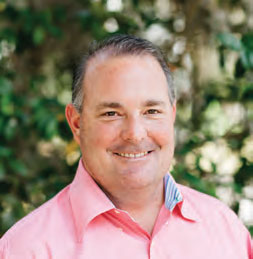 Covert Aire has recently promoted Michael Frazier to general manager and Michael Hesch to field operations manager. Frazier will be responsible for the daily operations of the company, as well as managing its financial responsibilities, human resource, client satisfaction and all employee relations. Frazier has been with Covert Aire for over a year and has more than a decade of experience in the HVAC industry. Hesch will be responsible for all Covert Aire work that takes place in the field, and will manage the service, maintenance and installation employees for all residential and commercial clients. Hesch has been with Covert Aire for more than a year and has decades of experience in HVAC/R, both at the level of contractor and in the wholesale market.

BLUFFTON SELF HELP ADDS NEW CENTER THANKS TO COMMUNITY FOUNDATION 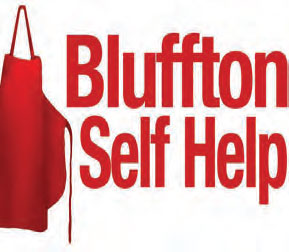 Bluffton Self Help is opening Beaufort County’s first education and resource center, funded in part by Community Foundation of the Lowcountry. The foundation gave Bluffton Self Help a $87,654 grant to create the center, which will provide access to employment, life skills, technology and job training. Lowcountry residents will have access to the center’s business services and computers. The center will be located at 39 Sheridan Park Circle, Unit 9, next to Bluffton Self Help’s food and clothing distribution center.

Palmetto Dunes Oceanfront Resort ]has received the 2018 Couples Choice Award from WeddingWire.com, a global online leader in connecting engaged couples with wedding professionals. The award is voted on by WeddingWire.com consumers, who rate venues on qualities such as service, responsiveness, professionalism, value and flexibility. Overall, Palmetto Dunes received 4.7 out of five stars.

The town of Bluffton is accepting applications for the chief executive officer of the Don Ryan Center for Innovation, the town’s nonprofit economic development organization. After the resignation of the center’s former CEO, David Nelems, Bluffton town manager Mark Orlando appointed Trent Williamson as interim CEO until a nationwide search could be conducted. 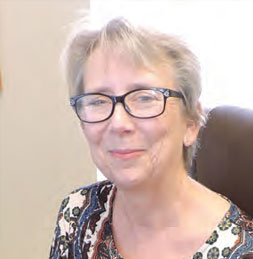 Cindy Bobbitt has joined the staff of Family Promise of Beaufort County as office manager. In her new role, Bobbitt will support the staff and volunteers of Family Promise. Previously, Bobbitt worked for Miller Long Term Rentals as a property manager and as a teacher in Beaufort County schools. She has a master’s degree in education and taught for 10 years in Bluffton and on Hilton Head. She also worked in Chicago for 10 years, providing services in public relations, publications and staff training for national nonprofit groups and educational institutions.