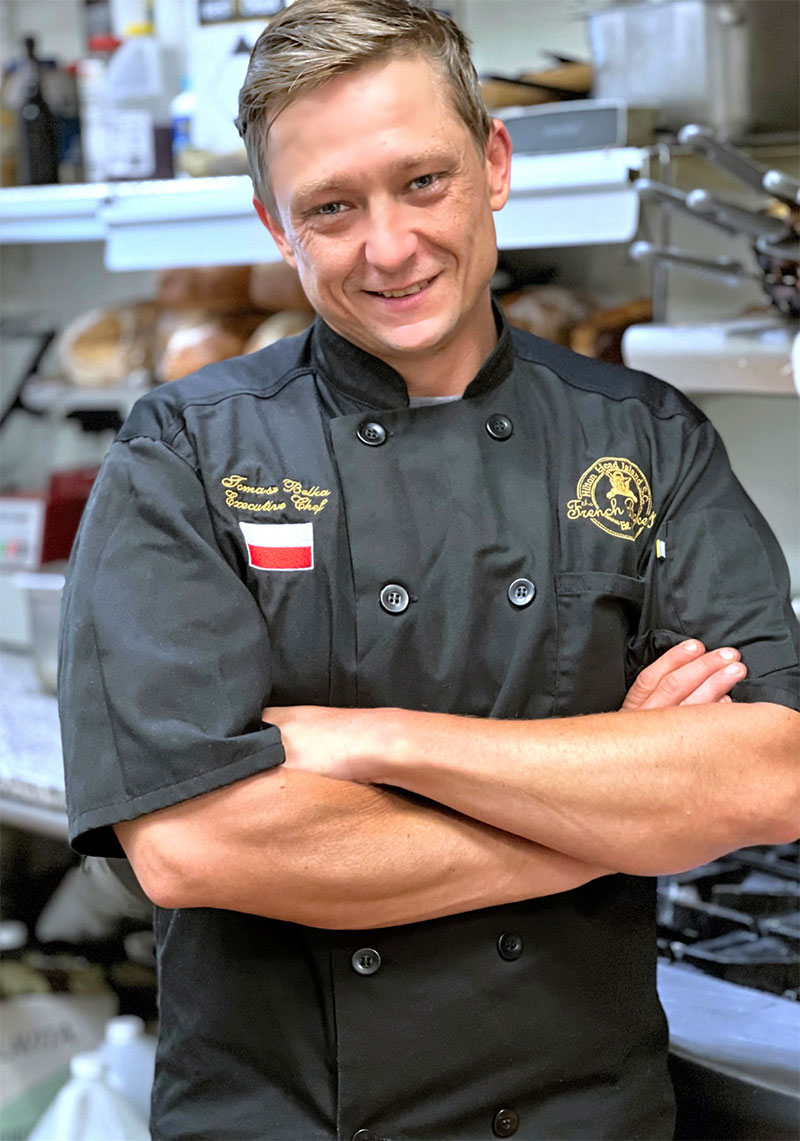 Tomasz Belka has been in the kitchen at The French Bakery since shortly after his father Marek took over 15 yeas ago. But his culinary journey began years before he made his way to Hilton Head Island.

“I moved to the states when I was 18 to attend USC for hospitality management, and ever since I’ve been cooking and learning from different chefs I’ve worked with,” he said. When his father took over The French Bakery, it proved the perfect opportunity for Tomasz to broaden his culinary horizons into baking, and work side-by-side with his dad.

“I do pastries, I do breads, but mainly I’m in the kitchen making the breakfast and lunch,” he said. “I would not trade that for everything in the world. My pops and I, we’ve always been very close.”