Dale Akins is a trial lawyer licensed in all state and federal courts in South Carolina and Georgia. He has provided legal services in the Lowcountry and Coastal Empire for over 30 years and has earned a reputation for excellence and integrity among his colleagues, opponents and clients.

Mr. Akins maintains a dynamic practice in both South Carolina and Georgia, focusing on serious personal injury, wrongful death and insurance issues. He has handled hundreds of cases and has a great deal of experience and skill both in and out of the courtroom. The Akins Law Firm offers its clients rigorous representation and personalized focus and attention.

Mr. Akins graduated from Furman University in 1988 and earned his law degree from Mercer University in 1991. He has practiced in Beaufort County since that time. He and his wife, Sally, have lived in Rose Hill since 1994. She is also an attorney who practices in Savannah, Georgia and is the President of the State Bar of Georgia.

Mr. Akins has been very active in various Bar Associations, both statewide and nationally. He is rated AV® Preeminent™ by Martindale- Hubbell, which indicates he possesses the highest level of skill and ethics as determined by his colleagues and peers. He has also been selected as a South Carolina Super Lawyer in the Plaintiff’s counsel category, and he has lectured on several occasions as part of continuing legal education programs. He is a South Carolina certified mediator. He is an Associate of the American Board of Trial Advocates after having been found to “possess the requisite skill, integrity and experience in the special art of advocacy to qualify for this rank.” He is on the LexisNexis Martindale-Hubbell list of Top Lawyers in South Carolina. 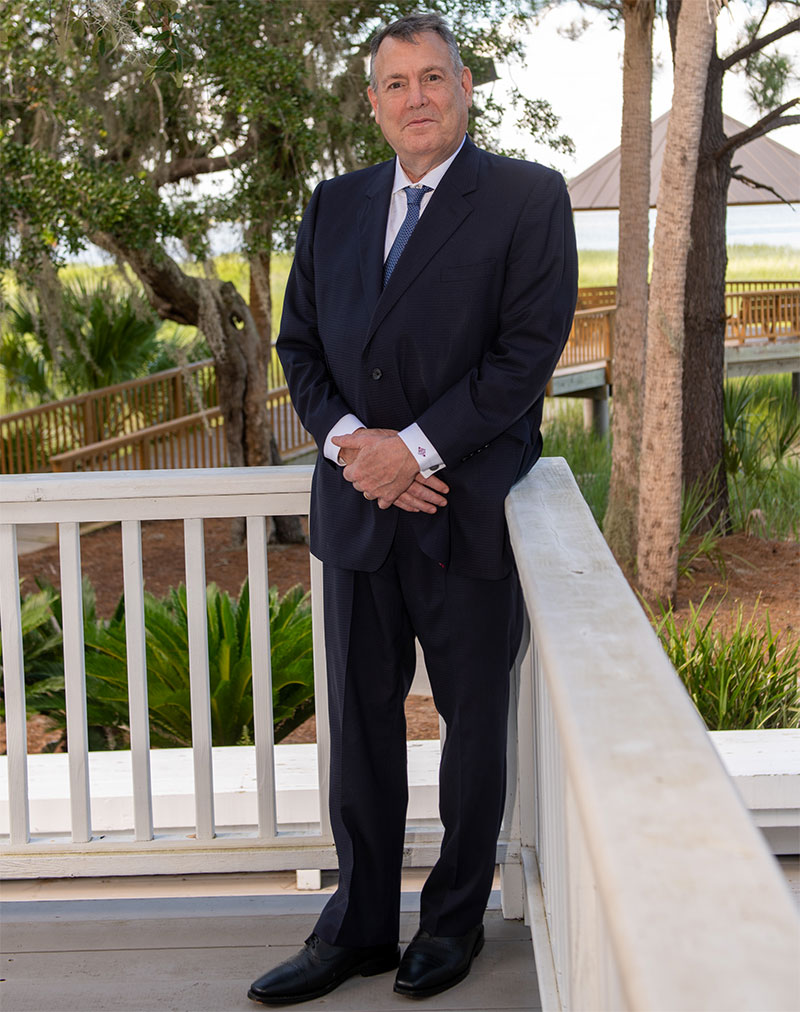 If you or someone you know are in need of a civil trial lawyer, consider the Akins Law Firm.

Formerly Served on the South Carolina Commission on Lawyer-Physician Relations