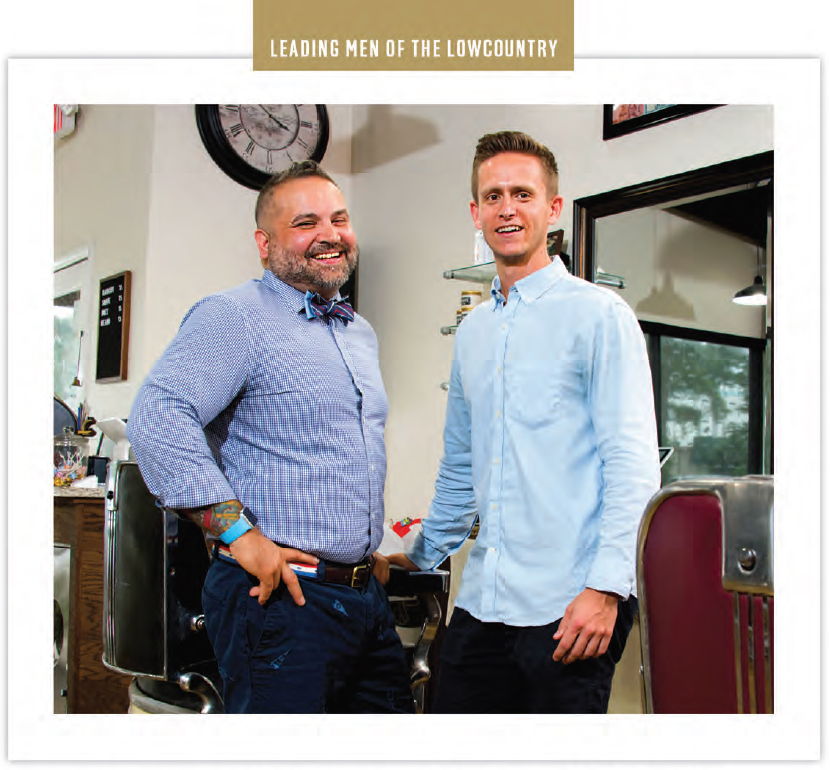 For James Terry, the road to Crown & Anchor Barber Co. starts in a garage on Long Island.

“I started cutting my own hair, and that turned into friends and family. I built a barber shop in my parents’ garage,” he said. “I was 18 years old and basically opening a busines. So many random people started showing up at my house, it didn’t look good to the neighbors. So, my parents told me to go get my license and get out of the garage.”

While attending barber school in Manhattan, he spent the next three years cutting hair in the city and bracing the grueling three-hour trek back home every day.

“The experience in the city was unbelievable,” he said. “But I was sick of the commute.”

One last commute, down to Hilton Head Island, led to a partnership with Joe DiNovo. Terry had been working at Joe’s shop on Arrow Road during summers, but in 2017 he made the move permanently and the two of them got to work.

“We rebranded to Crown & Anchor and remodeled the shop this past January,” he said. “We both had this vision of a space where guys can come in, relax, hang out and get a great haircut.”

And, while they’re there, guys can enjoy a drink at the unique “speakeasy” at the back of the shop. Boasting a wide bar, a few seats and a “officially unofficial” vibe, it offers one of the coolest hangout experiences on the island.

“Right now, we’re taking donations and officially giving away drinks,” said Terry. “Once we get our license, we’ll have River Dog on tap.”