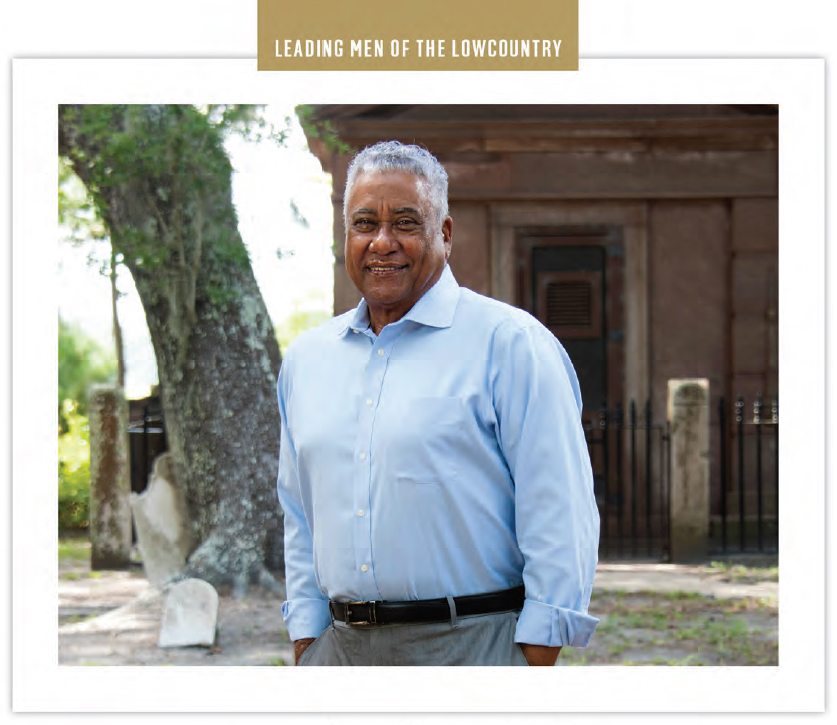 When Ezra Callahan first arrived on Hilton Head Island, he had no idea how rich our island’s history was.

“What drew me in first was finding out about Mitchelville,” he said. “Then, through the Heritage Library, I learned about Zion Chapel of Ease Cemetery… it’s amazing that there are so many historical sites on Hilton Head Island.”

He immersed himself in island history, serving on the Mitchelville Planning Board and the Mayor’s Task Force for Historical Tourism and becoming a trustee for Queen’s Chapel AME Church. Two years ago, he was named President of The Heritage Library following the passing of Lou Benfante.

“He left very big shoes to be filled,” said Callahan. “But we have a tremendous board who all stepped up.”

He began his tenure at an auspicious time, with a major capital campaign underway to finish restoration and rebuilding Zion Chapel of Ease Cemetery. That site will sit at the center of this year’s upcoming 250th anniversary of the Revolutionary War.

“We have gravesites from four patriots that are buried in that cemetery,” he said.

This connection to the island’s role in the revolution makes it a natural launching pad for the upcoming commemoration.

Along with preservation of the cemetery and Fort Mitchel, The Heritage Library serves as a massive resource for ancestry research, something that has flourished this year.

“With the pandemic leading us to offer online classes, we’ve been very successful with virtual learning,” he said. “That will be a big factor moving forward, allowing us to offer our resources to out-of-state members.”

Now in his second year as president, and with so much to celebrate in the years to come, Callahan is helping The Heritage Library make history.