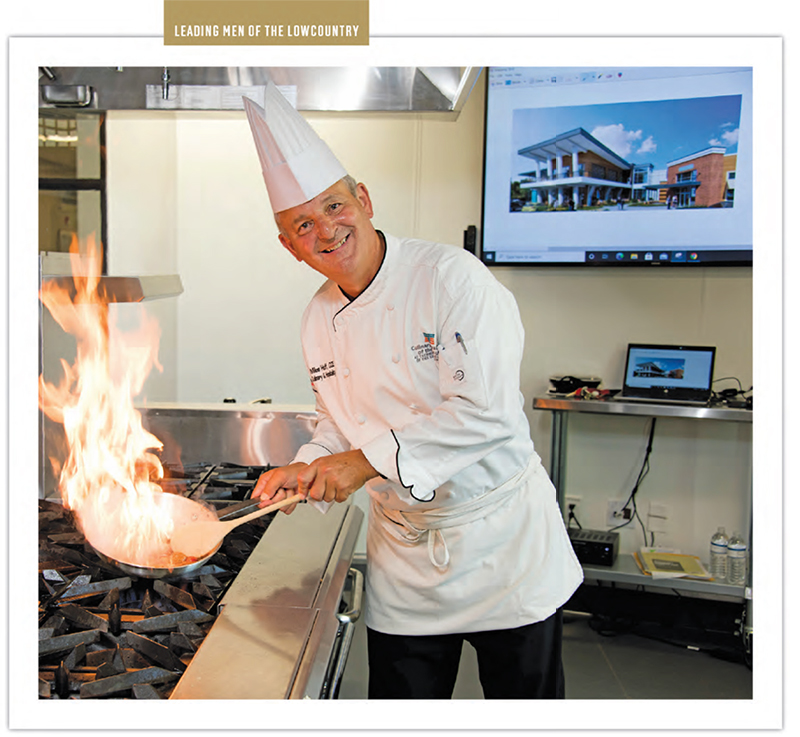 Chef Miles Huff, Dean of Culinary and Hospitality for TCL’s new Culinary Institute of the South, has quite a spread planned for the Lowcountry. When the school opens the doors in the fall, it won’t just be an institute of higher learning for the next generation of culinary stars, it will be a true asset to the community.

At the heart of Culinary Institute of the South’s mission will be the school itself, opening in the fall of 2021. At 26,000 square feet, the facility will feature six academic classrooms, two teaching kitchens, two baking labs, a lecture theater and a teaching restaurant that will be open to the public. Their expertly crafted curriculum will grant associates degrees and certificates in a range of culinary disciplines and specializations to help train the next generation of chefs.

But Culinary Institute of the South will be much more than just a school. Compounding its mandate is a mission to tell the epicurean story of the Lowcountry.

“One of the intriguing parts about this has been the area’s hospitality and culinary history. In the middle our school we’ll have our Foodseum, telling the story of the South through its food,” Huff said. “Me being a Berkeley County boy, I know how we used to cook. Southern culture and food is just so rich.”

The first of its kind in the South, the Foodseum will offer immersive exhibits as well as guest lecturers to help visitors fully understand the roots of Lowcountry cooking. From Gullah preparation techniques to an exploration of local seafood, the Foodseum will be a destination unto itself within the institute.

In addition to the Foodseum, Huff’s vision for the school includes a gathering place for local chefs and for the community, whether to learn or just deepen their appreciation of our region’s epicurean heritage. But at its core, the Culinary Institute of the South will be about training the next generation, fueled by Chef Huff’s extensive history in the kitchen.

An Air Force veteran, he worked his way up from Johnson & Wales’ renowned culinary program to positions at private clubs and restaurants all over the east coast. As a private chef for a four-star Air Force general, Chuck Horner, he cooked and served in a three-piece suit. That led to being the executive chef for the Eglin Air Force Base officer’s club where he served everyone from foreign diplomats to Stormin’ Norman Schwarzkopf.

It’s an esteemed career that started in the South, and ends leading the South’s next great chefs.

“I get such an adrenaline rush being in the kitchen with students,” he said. “Even after all these years, I love it.”

Students can begin classes now at the new kitchen (pictured) at the New River Campus and then finish their degree when the new Institute opens next fall.