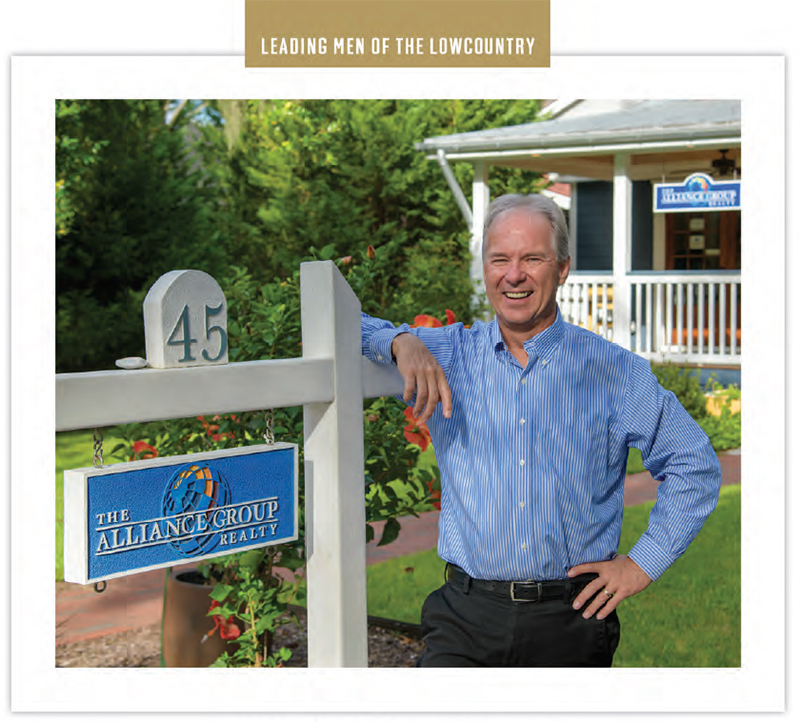 As a former ski racer, motorcycle rider and ocean sailor, Bob Clarkson is no stranger to taking risks!  As the market was hitting the bottom in 2010, after nearly four decades in the real estate business, he decided to take a financial risk and open a new brokerage, The Alliance Group Realty.

“Many of my friends told me I was crazy,” said Clarkson. “I went for it because I knew there were lots of discouraged Realtors who would be excited by a new company with a game plan that made sense.”

What others saw as crazy, Clarkson saw as the perfect opportunity, and The Alliance Group Realty grew quickly. And by every metric by which brokerages are measured, it has continued to grow. Today, they are ranked among the top brokerages in the area with over 80 Realtors in two locations: The Fresh Market Shoppes on the Island and 45 Calhoun Street in the heart of Old Town, Bluffton.

At the heart of this success is Clarkson’s straightforward approach based on his core values.

“At the end of the day it’s all about doing the right thing. And it’s not hard to figure out,” he said.

That means putting people first, treating agents like valued clients and reinvesting in their success. It means reinvesting in the company as well, ensuring stagnation never stands in the way of growth. It means finding out what makes your business different and demonstrating that value proposition.

And above all it means commitment. “If you’re running a business, you have to work hard. You have to put everything you have into it,” he said.