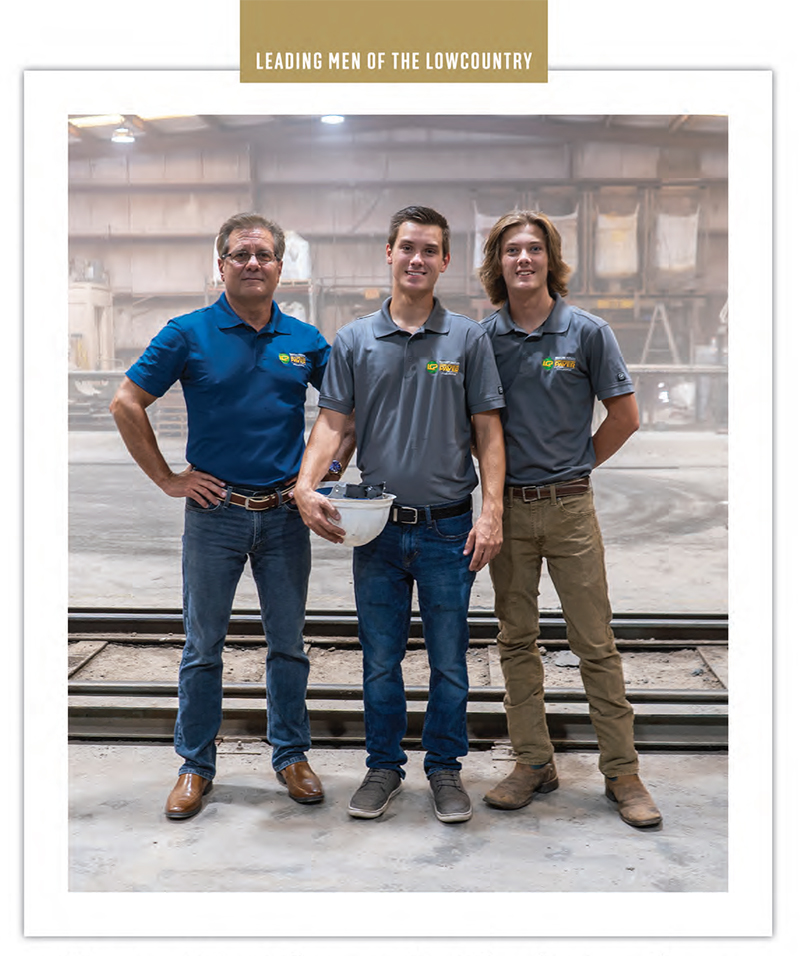 For the last 20 years, Tom Curry Sr. has served as Lowcountry Paver’s leading man, growing the company into a massive employer locally and a regional powerhouse up and down the East Coast. Lowcountry Paver is the only privately owned, family owned hardscape products manufacturer in the entire Southeast.

They manufacture products such as concrete pavers, fire pits, retaining walls and outdoor kitchens and bars. His particular brand of business savvy, coupled with a dogged dedication to quality and value for customers, made him a natural face for the company as the patriarch of the Curry family business.

And now, as this leading man prepares for his eventual curtain call at the top of Lowcountry Paver, we get to meet the two new leading men who have been waiting in the wings to build their own pathway into the future. Matthew and Christopher Curry both began working for their dad at the age 12, starting out in the yard, working inventory, and moving their way up as they learned the ropes. While other kids were playing Xbox, the Curry boys were studying the hardscape industry inside and out.

“We knew it was on-the-job training if we wanted it to be,” said Christopher. “My dad has never pushed us into the business, which is why our oldest brother, Tommy, is studying to get his PhD in Biochemistry at the University of Georgia. Matthew and I knew as kids we wanted to be the next generation of Lowcountry Paver.”

They’re starting off on a strong foundation, having learned from an icon of the Lowcountry’s business world. 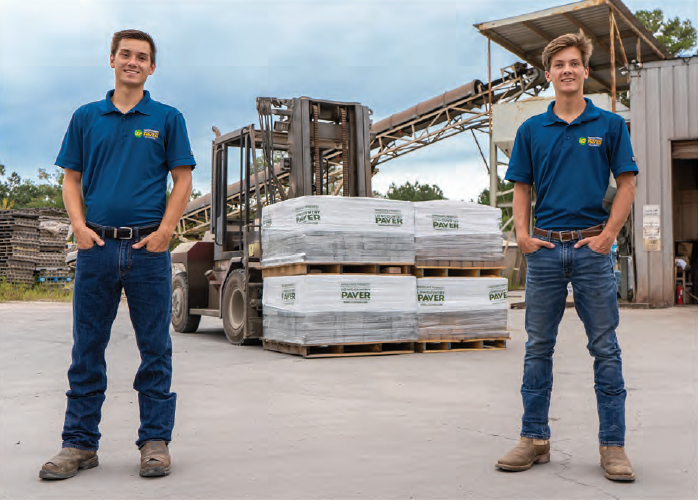 “My dad has always told me the key to running a successful business is to have the right employees in the right positions,” said Matthew. “He always says a company is only as good as its employees, which is why Lowcountry Paver supports many families with high paying jobs.”

The two brothers’ natural abilities and inclinations make them ideally suited not only to take the reins of Lowcountry Paver, but to move it ever forward. According to Matthew, Christopher’s calm under pressure makes him a natural in the boardroom while his own insights and passion draw him toward the plant.

“It’s great that we have completely different strengths in regards to taking over the company,” he said.

And those strengths will help them pursue an even greater future for the company their father built from the ground up.

“Our plan is to build a second manufacturing plant when my brother and I both finish getting our MBA’s so we can oversee the operation,” said Matthew.

“We currently sell direct to customers, to contractors and distributers with our largest presence going down the coast from Myrtle Beach all the way to Jacksonville,” added Christopher. “I’m excited to get a second plant opened up so we can grow into new territories. After watching our dad run this company for the last 20 years, we’re eager to take over and leave our own mark.”

Their dad is still headlining the show, but he can rest easy knowing that he’s put the company in good hands for the future. “We see what he has and what it took to get where he is,” said Christopher, “and we’re so grateful to have him as a mentor.”