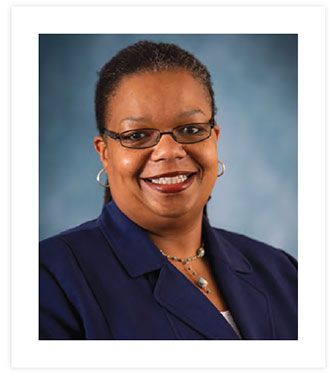 The Rev. Dr. Robin Dease wasn’t sure what to expect when she arrived at St. Andrew By-The-Sea United Methodist Church on Hilton Head Island in July 2021.

Being the first Black woman — and the first woman in general — to lead the mostly white, elderly congregation was a little daunting.

The people of St. Andrew were used to a different style of preaching than Dease brought to the pulpit. They had grown accustomed to their pastor of 14 years, the Rev. Neil Yongue, who was almost 20 years Dease’s senior.

Coming from a charismatic African-American church background, where there’s clapping, dancing, hands raised in the air and shouts of “Amen,” Dease has had to learn to control her cadence a bit.

With a ring in her nose and a great sense of humor, Dease was pleasantly surprised by the warm welcome she received from the congregation at St. Andrew.

“They don’t even know about my tattoos and motorcycle,” Dease said with a giggle.

“It’s been a blessing,” Dease said. “It’s a wonderful, wonderful community. I think part of it is because St.

Andrew is an anomaly in the South Carolina Methodist denomination because it is a church that is diverse. And when I say diverse, they come from all over the world, which is not the case in other Anglo white churches in South Carolina, where many of them are South Carolinians. St. Andrew has a more diverse experience and background.”

Dease also brings a different leadership style to the church. She tries to be “hands off” as much as possible, allowing the church to lead the way.

Prior to taking her new position at St. Andrew, Dease served for eight years as the superintendent of the Hartsville District of the South Carolina Conference of The United Methodist Church.

Dease earned a doctorate in stewardship from Wesley Theological Seminary in Washington, D.C., and began her career at Wesley United Methodist Church on John’s Island, where she served as senior pastor for 10 years. She was later senior pastor at John Wesley UMC in Greenville for more than four years. She was a professor at Claflin University in Orangeburg, where she chaired the Department of Philosophy and Religion.

While the Hilton Head campus of St. Andrew serves mostly an older population, its second location in Bluffton caters to a younger crowd. The Rev. Daniel Burbage and his team offer a contemporary service in Bluffton. He was appointed to St. Andrew By-The-Sea in June 2012 to help create the first multi-site campus in the South Carolina Conference of the United Methodist Church.

St. Andrew By-The-Sea is located at 20 Pope Ave., on Hilton Head and offers services at 9 and 11:15 a.m. Sundays, with the second service live streamed for those who cannot attend in person. The church’s Bluffton campus is located in suites 203 and 204 at 39 Persimmon St., and offers services at 9 a.m. and 10:30 a.m. Sundays, with both available by live stream.